January 17: 5 POWER Lessons From 5 Leaders Who Made History On This DAY!

The next few minutes of your life that you spend in reading the below lessons, while you learn from the journeys of some of the phenomenal personalities born this day, who lived as legends and will continue to live in this world through their work, can be one of the reasons to become the kind of leader you will be in the near future..
This Page Has Inspired
1027
People So Far..

1. “The one who follows the crowd will usually go no further than the crowd. Those who walk alone are likely to find themselves in places no one has ever been before.” –Albert Einstein

The comedian Andrew Geoffrey Andy Kaufman was known for his unorthodox style of humour. Pranks and practical jokes were his trademark and his impersonations of famous personalities, wooed audiences. Starting early on, as the host of an imaginative TV show in his bedroom, he developed his signature style of performance.

He began performing for family and friends at the age of 7, and by the time he was 8, was being hired to entertain at children's parties. While attending a Boston-area junior college, Andy began performing his unique brand of stand-up comedy at coffee shops and nightclubs on the east coast. Andy quickly earned a reputation as a talented, yet eccentric performer. Impressed by his abilities, Lorne Michaels asked Kaufman to appear on the inaugural broadcast of Saturday Night Live.

He rose to fame with his character of ‘Foreign Man’, which later inspired the TV sitcom character ‘Latka Gravas’. Kaufman’s realistic impersonation of Elvis Presley even received praise from the man himself. He brought his unconventional sense of comedy to the wrestling arena when he paired with heavyweights such as Jerry Lawler, to stage the Inter-gender Wrestling Championship’ where he duelled with women wrestlers. Referred to by many as a Dadaistic comedian, Kaufman took comedy and performance art to the edges of irrationality and blurred the dividing line between reality and imagination. 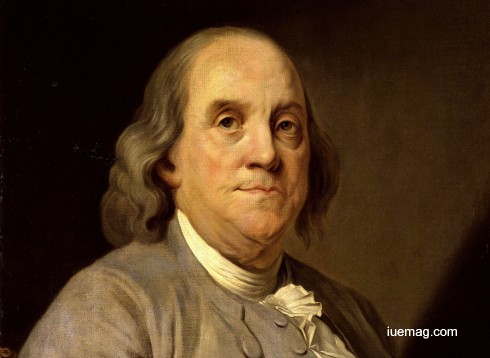 Best known as one of the founding fathers who drafted the Declaration of Independence and the Constitution of the United States, Benjamin Franklin was a distinguished man who possessed uncanny mind and sharp wit, which he used tirelessly for the betterment of his country and society at large.

Born into a large and poor family, Benjamin was brought up in the family business of candle making and his brother’s printing shop. Whenever he could, Benjamin would take the opportunity to read and learn about a wide range of subjects, from Sophocles to modern science. Whilst co-workers would take a leisurely lunch break, Franklin would pore over books from the bookshop munching on some raisins. At an early age, he also started writing articles which were published in the New England Coureant under a pseudonym; Franklin wrote under pseudonym’s throughout his life.

Franklin is credited for many inventions including the swim fins, Franklin stove, catheter, library chair, step ladder, lightning rod, bifocal glasses and many others; however, Franklin never patented his inventions, preferring to offer them freely for the benefit of society. His experiments with the lightning, gained him recognition from around the world. He played a vital role in American history and thus, he is considered as one of the pivotal personalities, who shaped America. He has often been referred to as ‘America’s Renaissance Man’ and was emblematic of the fledgling American nation. At the age of 75, the newly formed US government beseeched Franklin to be America’s representative in signing a peace treaty with Great Britain which was signed in 1783. He was finally replaced as French ambassador by Thomas Jefferson, who paid tribute to his enormous capacity Jefferson remarked “I succeed him; no one can replace him.”

3. “Life actually begins, at the end of your comfort zone.” 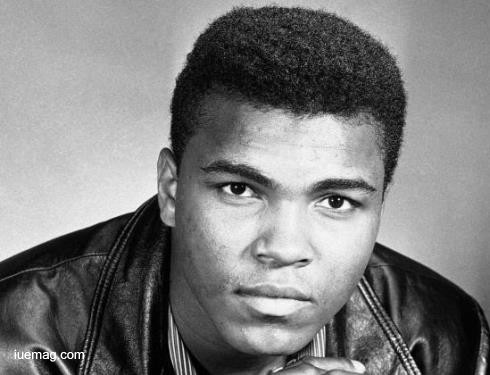 Often referring to himself as “the greatest,” Muhammad Ali was one of the legends in the sport of professional boxing. At 6 feet 3 inches, he was an imposing figure in the ring, known for his swift footwork, and powerful jab. What distinguish him from his contemporaries are the values that he kept upholding all through his life.

One of the most recognized sports figures of the past 100 years, he created ripples in the arena of professional boxing at the tender age of 22, by knocking out the then heavyweight champion Sonny Liston. There was no look back for this powerful fighter who knocked off each of his opponents to bag the titles. An Olympic gold medalist and the first fighter to capture the heavyweight title three times, Ali won 56 times in his 21-year professional career. He was the proud recipient of the Presidential Citizens Medal and Presidential Medal of Freedom, which he received in in 2005 by then President George W. Bush. He was inducted in the International Boxing Hall of Fame.

Ali’s outspokenness on issues of race, religion and politics made him a controversial figure during his career, and the heavyweight’s quips and taunts were as quick as his fists. Citing his religious beliefs, he refused military induction and was stripped off his heavyweight championship and banned from boxing for three years during the prime of his career. Parkinson’s syndrome severely impaired Ali’s motor skills and speech, but he remained active throughout, as a humanitarian and goodwill ambassador.

4. “There is always a way. We don’t grow when things are easy, we grow when we face challenges.” 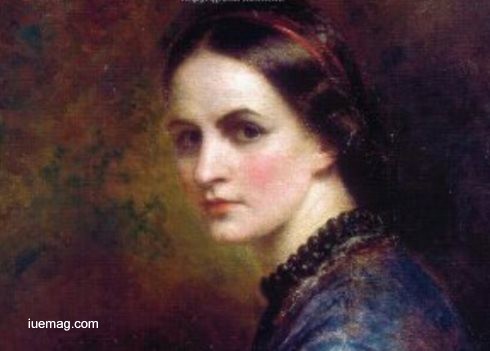 Anne Brontë was an English novelist and one of the members of the prominent Bronte literary family. She is best remembered for penning the classic 19th century novels ‘Agnes Grey’ and ‘The Tenant of Wildfell Hall’, both of which deal with the oppression and social status of women in Victorian England.

Born as the youngest daughter of Patrick Bronte, a poor Irish clergyman in the Church of England, she had a very difficult childhood, losing her mother at a young age. More family tragedies followed as she lost two of her elder sisters in quick succession. Raised by her mother’s sister, she was primarily educated at home by her father and aunt. Her father had a well-stocked library, and Anne along with her sisters Charlotte and Emily grew up reading the Bible, Homer, Virgil, Shakespeare, Milton, Byron, Scott, and many others.

She started working a as governess while still in her teens to help her family financially. The job experience was dreadful and she had to return home after being removed from the position. Inclined towards literary pursuits from a young age, she drew inspiration from her difficult experiences as a governess and detailed it in her novel, ‘Agnes Grey’. Anne published her first novel ‘Agnes Grey’ under the name of Acton Bell in 1847. The novel was a success which motivated her to focus more on her literary career. Her second novel, ‘The Tenant of Wildfell Hall’, was published in June 1848. It became an immediate success, and was sold out within six weeks. The novel, which was about a woman who leaves her alcoholic and abusive husband, shocked the 19th century English society. Published in an era when a married woman had no independent legal existence apart from her husband, the novel is considered to be one of the first sustained feminist novels.

5. “If you're doing your best, you won't have any time to worry about failure.” –H. Jackson Brown, Jr. 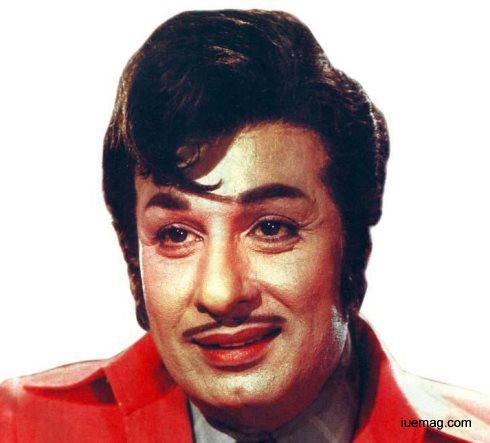 Maruthur Gopalan Ramachandran, better known as M. G Ramachandran and fondly remembered as MGR was an imminent actor, producer and politician of India. Acting and politics were a major part of MGR's life. While he was a regular face in drama troupes organized during his youth, M. G Ramachandran became actively involved with the Indian National Congress when he was still young, out of respect for Gandhi and his principles.

With over a 100 films to his credit, it was M. G Ramachandran who dominated the Tamil film screen for more than thirty years. He later joined hands with the DMK political party. M. G Ramachandran had an equally successful political career, a fact largely possible because of his immense popularity as a Tamil actor. MGR subsequently formed his own political party, the ADMK, after which he created history by being elected as the Chief Minister of Tamil Nadu. Once he was designated as the Chief Minister of Tamil Nadu, he placed great emphasis on social developments, especially education. One of his most successful policies was the introduction of the "Mid-day Meal Scheme" in the Government-run and aided schools in Tamil Nadu, which encouraged underprivileged children to attend schools. He also introduced Women's Special buses.

MGR was the first cinema personality of India to occupy the chair of the Chief Minister of a state in the country. Ever since the actor rose to power in the field of politics, he became widely known for his philanthropic ways and his love for the poor and needy. He was also instrumental in setting up the Tamil University and the Mother Theresa Women's University in Tamil Nadu. His policies were directed towards social welfare and economic growth. He came up with several other educational reforms, banned liquor and preserved the state’s cultural heritage, thus attracting tourism.
Get the Latest & Recommended articles in your Inbox

This Page Has Inspired
1027
People So Far..
Any facts, figures or references stated here are made by the author & don't reflect the endorsement of iU at all times unless otherwise drafted by official staff at iU. This article was first published here on 17th January 2017.
iU eMagazine
Editorial Team of iU eMagazine