January 19: 5 POWER Lessons From 5 Leaders Who Made History On This DAY!

It certainly is very important to study about history, its greatest leaders, and their journeys that made them successful. Throughout history, these leaders have faced a lot of challenges, overcome them, built great teams, and inspired drastic changes that benefited the world. Here we bring to you lessons from the journeys of 5 such powerful leaders, whom you can learn from and learn new ways to succeed.
This Page Has Inspired
1039
People So Far..

1. “Every great dream begins with a dreamer. Always remember, you have within you the strength, the patience, and the passion to reach for the stars to change the world.”

Henry Bessemer was a renowned engineer and inventor whose contribution to steel making heralded a new era in the iron and steel industry. He developed the first process for manufacturing steel inexpensively (1856), leading to the development of the Bessemer converter.

He developed an interest in creating new objects since an early age. His father who was himself an inventor had a major role to play in this regard. The financial conditions of his family forced him to quit studies and he learnt from his experiences while working with his father. He learnt metallurgy at his father’s type foundry, helping in the production of gold chains. With his innate knack to solve problems he invented many machines that had practical applications. His innovations include a movable stamp, sugarcane crushing machine, machine to manufacture bronze powder, and graphite to be used in pencils.

Bessemer’s main contribution though, was his invention of Bessemer process for steel-making. The furnace he had designed allowed oxygen to be blown over molten iron so that the impurities could be oxidised. It also had the provision to collect by-products obtained during the process. Bessemer never in the face of difficulties and when his design for the Bessemer converter was met with criticism he decided to produce iron himself. The steel production process was the first cost-efficient industrial process for the big-scale production of steel from molten iron. Bessemer’s process still continues to inspire the production of modern steel.

2. “Dream the impossible. Each of us are born into the world to do something unique and distinctive.”

Janis Joplin was an American singer-songwriter, also known as the ‘First Lady of Rock n Roll’, who claimed the blues, soul, gospel, country and rock with unquestionable authority, fearlessly inhabiting psychedelic guitar jams, back-porch roots and everything in between. Her volcanic performances left audiences stunned and speechless, world-wise demeanor and flamboyant style shattered every stereotype about female artists.

For years, Joplin struggled to escape from the confining community at Texas, and spent even longer trying to overcome her memories of her difficult years there. In January 1963, Joplin dropped out of school to check out the emerging music scenario in San Francisco but was unsuccessful, as she struggled to make it as a singer in the Bay Area. She played some gigs, including a side-stage performance at the 1963 Monterey Folk Festival, but her career didn't gain much traction. Joplin was later recruited by ‘Big Brother’ band and the Holding Company. In her early days with Big Brother, she sang only a few songs and played the tambourine in the background. But it wasn't long before Joplin assumed a bigger role in the band. Feeling uniquely pressured to prove herself as a female solo artist in a male-dominated industry, the criticism caused distress for Joplin. That wouldn’t stop her from attaining success. Her next album would be her most successful one; she recorded ‘Pearl’ and wrote two of its songs, the powerful “Move Over” and “Mercedes Benz.” Despite her untimely death at the age of 29, Joplin's songs continue to attract newer fans and inspire performers. Numerous collections of her songs have been released over the years. In recognition of her significant accomplishments, Joplin was posthumously inducted into the Rock and Roll Hall of Fame in 1995.

3. “Sometime, the path can be lonely. That’s okay. Keep walking and never give up.”

John Luke is considered among the greatest 20th century artists of Ireland. He demonstrated his exceptional talent in various areas of art, including painting, sculpting, murals, and printmaking.

The Irish landscape artist and figurative painter John Luke was born in Belfast and worked in a shipyard and Flax Mill before taking night classes at the Belfast School of Art. His work helped him move to London to study fine art painting, drawing and sculpture. By now, landscape painting was his dominant interest. In 1933 he exhibited with the Northern Ireland Guild of Artists. More exhibitions followed, in Belfast and at the Royal Hibernian Academy (RHA) in Dublin.

Most of his paintings revolved around a distinct craftsmanship, which combined a unique rhythmic sense with abstract expressiveness, something he discovered in his hometown, Northern Ireland. His floating figures and lively landscapes transport one back to the mid-century-Modernism. His dream came true when he was offered to paint a large mural in the Belfast City Hall, thus enabling him to create a niche for himself among other Irish artists. In 1946, Luke had a solo exhibition of his oil and tempera paintings at the Belfast Museum and Art Gallery: a total of 85 artworks including four sculptures. The highest price paid at auction for a painting by John Luke was recorded in 1999, when his landscape, entitled ‘The Bridge’, was sold at Christie's, in London, for £41,500.

4. “All life is an experiment. The more experiments you make the better. Do more and live more.” 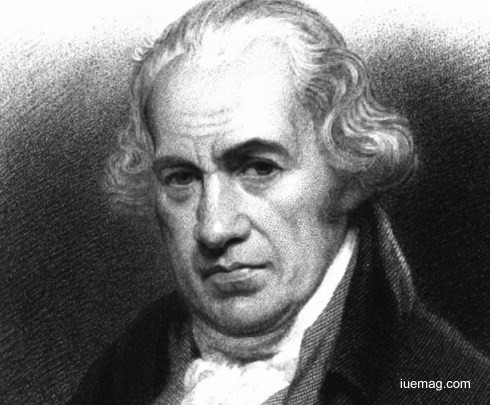 James Watt was a Scottish engineer and instrument maker, who is known for his invention of the first modern steam engine. He modified the Newcomen steam engine to increase its efficiency through his creative thinking and scientific knowledge of instrument design.

As a boy, Watt went to the local grammar school where he learned the classics and mathematics. One of his greatest strengths was that he was a quick learner, which transformed him from an apprentice to a skilled professional in very less time as compared to other people. He was vastly in debt which did not allow him to work as a professional initially. Eventually James decided to become a maker of mathematical instruments such as quadrants and compasses. In 1764 Watt redeveloped a model of a Newcomen steam engine. In a Newcomen engine, steam is admitted into a cylinder then condensed back into water. In 1765 Watt realized it would be more efficient to condense the steam in another chamber separate from the cylinder. However it was not until 1769 that Watt patented his knew idea, the separate condenser.

The development of the efficient steam engine transformed the industry and society. It helped Great Britain become the world’s first industrialised society leading to an unprecedented pace of economic growth. His vast knowledge of mechanical engineering, leading the way for the future generations, also symbolized his mark in history as one of the most celebrated scientists of all time. He also developed the concept of ‘Horsepower’ and the S.I. unit of power, Watt, is named after him.

5. “Believe in yourself and all that you are. Know that there is something inside you that is greater than any obstacle.” 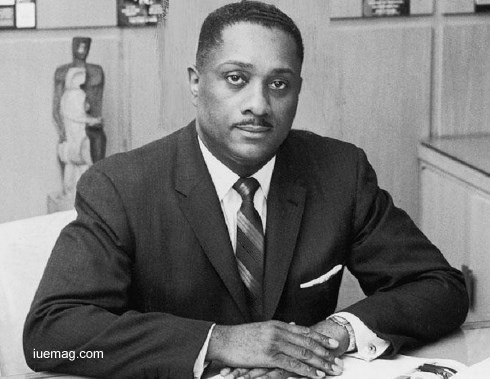 John Harold Johnson was one of the most significant businessmen of United States. One of the country's pioneering African-American business leaders, publisher Johnson created 'Ebony' and 'Jet' magazines.

Johnson experienced hardships from his initial school days while he was bullied and taunted for his worn-out clothes and country ways. These events triggered him more with his already existing determination. His high school career marked his leadership qualities. He was later offered a tuition scholarship to the University of Chicago, which he decided not to consider due to his financial inability to pay for other expenses. His achievements were recognized by Harry Pace, the president of the Supreme Life Insurance Company, who proposed Johnson, a job of editing the company newspaper. His work became the inspiration for Johnson’s first publishing venture.

Unable to secure a loan from a bank due to his skin colour, Johnson used his mother’s furniture as collateral to raise $500 to launch the Johnson Publishing Company, and printed his first issue of Negro Digest in November 1942. Three years later, Johnson debuted Ebony, a general interest magazine for African Americans. The first issue sold 50,000 copies, making Johnson the owner of the nation’s most widely circulated black publication. Johnson added to his successful publishing company in 1951 with Jet, a newsweekly magazine. By the early 1980s, Johnson had become one of the country’s richest business leaders with an estimated net worth of $100 million. He was also rewarded, the Presidential Medal of Freedom, the nation's highest civilian honour by the then President, Bill Clinton.
Get the Latest & Recommended articles in your Inbox

This Page Has Inspired
1039
People So Far..
Any facts, figures or references stated here are made by the author & don't reflect the endorsement of iU at all times unless otherwise drafted by official staff at iU. This article was first published here on 19th January 2017.
iU eMagazine
Editorial Team of iU eMagazine