January 25: 5 POWER Lessons From 5 Leaders Who Made History On This DAY!

We certainly know that experience is the key to deeply understand knowledge, no matter how it was learned. But, to be able to prevent as much failure as possible in your future experiences, we bring to you, the lessons from great leaders born this day, whose experiences are sure to help you with yours.
This Page Has Inspired
1058
People So Far..

1. “If you have a strong commitment to your goals and dreams and wake up every day with a passion to do what it takes, everything is possible.” 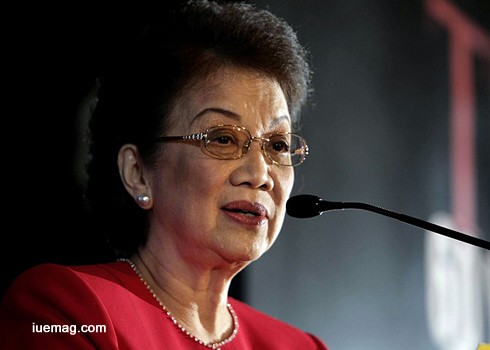 Corazon Aquino was political leader and the 11th president (and the first female president) of the Philippines who restored democratic rule in that country after the long dictatorship of Ferdinand Marcos.

During the late 1960s and early 1970s, Corazon Aquino was content with her role as the shy housewife behind her husband, the opposition senator Benigno "Ninoy" Aquino of the Philippines. Even when the regime of Dictator Ferdinand Marcos drove their family into exile in the United States in 1980, Cory Aquino quietly accepted her lot and concentrated on raising her family. However, when Ferdinand Marcos's army assassinated her husband at Manila International Airport in 1983, she became the rallying point for the democratic movement in Philippines and the most important figure in People’s Power Revolution, also known as Yellow Revolution, which toppled the twenty year old regime of President Ferdinand E. Marcos.

Later, she became the President of the country and started the process of democratization and introduced many reforms. However, the period was full of struggle; but she served the people as much as the situation allowed her to do so. When she completed her term, she refused to seek re-election, stating that the term of the President is not for life. Even after her retirement, she led an active life, taking part in various political and social issues.

2. “You cannot be what everyone expects you to be. It’s impossible to make everyone happy with what you do. Be yourself. Be different.” 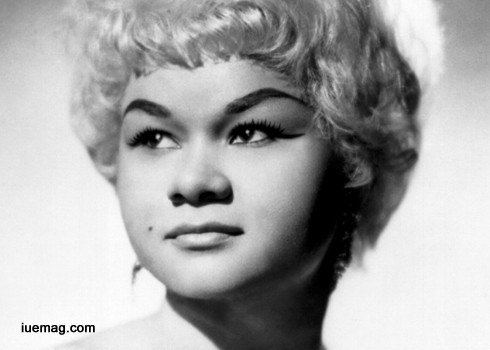 Etta James was once among the most woefully overlooked figures in the history of blues and rock. She began finally coming into her own in the 1990s, receiving industry awards that confirmed her status as one of the matriarchs of modern music.

Etta James, born Jamesetta Hawkins in Los Angeles, had a very tumultuous childhood as she was brought up by foster parents who ill-treated her. By the age of 5, she was known as a gospel prodigy, gaining fame by singing in her church choir and on the radio. At 12, she moved north to San Francisco, formed a trio and was soon working for band leader Johnny Otis. Four years later, she recorded, Roll with Me Henry, with the Otis band. After signing with Chicago's Chess Records, her career began to soar.

She continued to perform and record well into the 1990s. She possessed the vocal range of a contralto and was initially marketed as R&B and doo-wop singer but broke through as a traditional pop-styled singer, covering jazz and pop music standards.  James influenced a variety of musicians, including Rod Stewart, Janis Joplin, and Christina Aguilera. She has been considered a bridging gap between rhythm and blues and rock and roll. Recording some of the first-ever rock and roll records when she was a teenager in the 1950s, James had a unique view of rock's origins. Not limiting herself to rock, however, she went on to make potent soul records in the 1960s and 1970s, adding further polish to her lengthy career. The members of the Blues Foundation, set up in Memphis, Tennessee, awarded her Blues Female Artist of the Year award 14 times and inducted her into the Blues Hall of Fame. 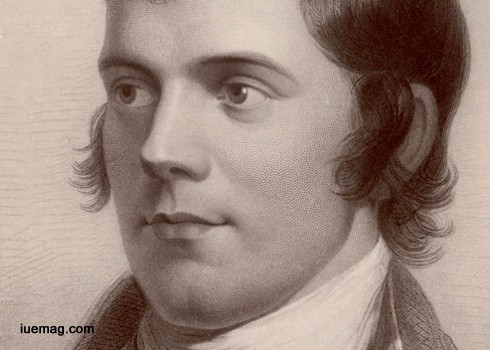 Robert Burns was a famous Scottish poet and lyricist. Also known as Rabbie Burns, or Scotland's favourite son, Burns is often credited as the national poet of Scotland and is the best known Scottish poet till date.

As a child, he was largely educated by his father. The family attempted to make a living at farming but spent most of their time toiling in poverty. Burns appears to have written his first poems as a young man on the farm. Burns' father died, penniless, leaving him in charge of the tenant farm. Burns moved to Edinburgh, where he mingled in literary society. However, financial security continued to elude him. He relocated to Dumfries and worked as an excise officer, while he also worked on literature. Besides his poetry, Burns devoted considerable time to composing and collecting traditional Scottish songs.

He lived in a time when Scottish culture was on the wane because of English influence. Social mores were heavily controlled by the Scottish Presbytarian church. Burns opposed both these authorities and celebrated the more humanistic qualities of individual liberty, equality and fraternity that drove the French Revolution. In his time, Burns writing inspired a rebirth of Scottish cultural pride and enhanced the dignity of the common working man. The sheer extent of this continuing fame 200 years after his death is a testament to the life and work of this greatest Scot.

4. “No goal was ever met without a little sweat. Hard work and determination are the keys.”

Among Poland's most outstanding composers, as well as a leading figure in the realm of music of the twentieth century, Witold Lutoslawski’s contribution to music industry is enormous. He was a great authority, a patriot, an educator of many generations of musicians and listeners. He was also a model of modesty and a highly cultured individual. He stands tall as a role model, conductor as well as a composer, who relentlessly developed his own musical language.

Although undoubtedly one of the most important composers of the twentieth century, Lutosławski was relatively unknown outside Poland until the 1960s. His Symphony No 1 was banned during the Stalinist era, the consequence of which was that he developed a fresh, tonal style, such as in the Concerto for Orchestra. From the 1950s, he adopted serialism and aleatoric techniques as the state loosened its grip on artistic creativity. The improvement of East-West relations brought him numerous international commissions and major awards. He never lost his creative genius, completing one of his greatest works, his Symphony No 4, just shortly before he died.

In a world which glorifies revolutionaries of any kind, he carved a path for himself, pursued by determination, often led by his own unfailing artistic sense. At the same time, he was a rare mix of traditional and avant-garde. Apart from his musical techniques, even his perfectionist nature contributed in securing Lutoslawski a permanent place among the composers of the twentieth century. No matter how experimental and advanced these works are, his musical vitality, combined with his discipline of traditional craftsmanship, gives his compositions a seriousness, dignity, and power of communication rarely found among contemporary composers.

5. “Don’t wait for opportunities. Create one. When you are determined to make your dreams come true, the universe shall align it for you.” 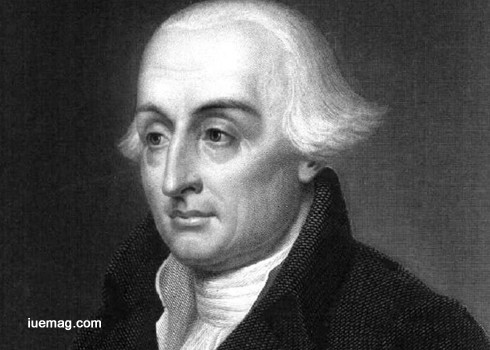 Joseph Louis Lagrange was a famous mathematician and astronomer, born in Italy in the beginning of the eighteenth century. At the College of Turin he studied classics until, at the age of 17, his interest in mathematics was aroused by reading Edmund Halley's memoir on the utility of analytical methods in the solution of optical problems.

His fist paper was published at the age of eighteen and by nineteen he became assistant professor of mathematics at the Royal Military Academy, Turin. Later, Frederick the Great appointed Lagrange as the president of the Berlin Academy of Sciences, where he served for twenty years. Thereafter, he joined Académie des Sciences, Paris, on the invitation of Louis XVI and remained there till the end of his career. He was honored by both the aristocracy and the revolutionary governments that took over the reign after the French Revolution. He was made a Senator by Napoleon. The Paris Academy of Sciences also awarded Lagrange for his work - liberation of the moon, the satellites of Jupiter, and the three-body problem.

He certainly did devote himself to mathematics, but largely he was self-taught and did not have the benefit of studying with leading mathematicians. For someone Like Lagrange who didn’t get the opportunity to even connect with and learn from someone, it is indeed an inspiration that he rose to a great extent. His journey depicts how no matter what amount of support you receive from people around you, your determination to succeed can definitely take you higher.
Get the Latest & Recommended articles in your Inbox

This Page Has Inspired
1058
People So Far..
Any facts, figures or references stated here are made by the author & don't reflect the endorsement of iU at all times unless otherwise drafted by official staff at iU. This article was first published here on 25th January 2017.
iU eMagazine
Editorial Team of iU eMagazine