January 27: 5 POWER Lessons From 5 Leaders Who Made History On This DAY!

Read on for the 5 most inspiring lessons from the journeys of 5 great leaders from our history who have created a mark of their own and continue to live through their works, even today.
Tweet
Views
1049
All of us have dreams but not everyone gets to fulfil them; some of us reach the end, some reach half the way and the rest continue to remain where they started. What is it that those who achieve their dreams do, that the rest don’t? How is it that they continue to move forward inspite of hurdles that tries to stop them every single day (It sure isn’t an easy path for anybody)? You are sure to find the answers below from some of our great leaders who led their lives the way all of us would want to. Here are the 5 best lessons from each of their lives that shall help you fulfil your dreams.

1. “Most times, just following your heart without any uncertainties, is all it takes to succeed.” 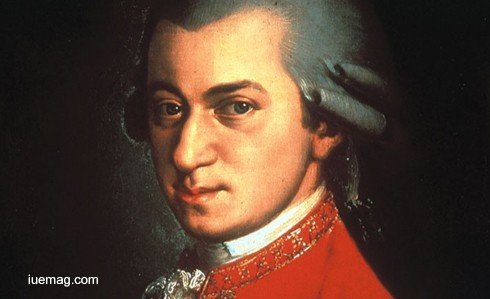 A prolific artist, Austrian composer Wolfgang Mozart created a string of operas, concertos, symphonies and sonatas that profoundly shaped classical music. He is widely recognized as one of the greatest composers in the history of Western music. His taste, his command of form, and his range of expression have made him seem the most universal of all composers.

Mozart's musical ability started to become apparent when he was a toddler. Mozart received intensive musical training from his father, including instruction in both the piano and violin. Musically, he developed very rapidly and began to compose his own works at the age of five. His father soon realized that he could earn a substantial income by showcasing Mozaart as a Wunderkind in the courts of Europe. Throughout his life, Mozart travelled all over the world, composed in abundance, remained a voracious student of music, explored and experimented with almost all genres of music. His works are considered to be the pinnacles of symphonies, operas and chamber music. The final phase of his life was very productive, as some of his best known operas, symphonies and concertos belong to that period. His friend Joseph Haydn wrote, “posterity will not see such a talent again in 100 years”.

Mozart is probably the only composer in history to have written undisputed masterworks in virtually every musical genre of his age. In a short span of 35 years, he became the most celebrated musician, writing almost 600 musical pieces all of which are hailed as master pieces.  He is undoubtedly one of the greatest musicians the world could ever have.

2. “Who you surround yourself with, certainly plays one of the most important roles in what you shall become tomorrow. Choose the right circle of people you wish to be with.” 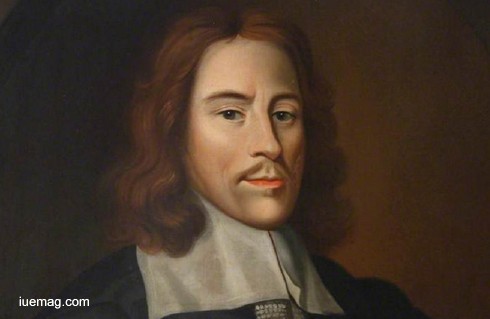 Thomas Willis was a renowned physician who made breakthrough studies in the anatomy of human body in particular, the brain. An English doctor, he played an important part in the history of anatomy, neurology and psychiatry. He was a founding member of the Royal Society.

Following his early graduation, Willis began practicing in a town near Oxford. As only experienced and established physicians were located in Oxford, he required clinical experience before he could return there to practice. During this time he took a pro-active role in advertising his practice; visiting local markets and offering his service to patrons. A major reason for his success was his willingness to learn from people around him. His attitude to surround himself with people, who have succeeded in his field, helped him learn faster. It definitely wasn’t an easy part to meet and get connected to achievers, but he continued to look out for opportunities, without quitting. Eventually, his efforts resulted in Willis getting a chance to learn from numerous physicians, neuoranatomists, and scientists in general. He maintained a close association with many of these scientific and medical colleagues including physicists Robert Hooke, Robert Boyle and Isaac Newton.

His expertise on anatomy of human brain is reflected in the paper he published on the ‘Circle of Willis’, which describes the flow of blood in the brain. The pioneering scientist continued to work till his last days and was highly regarded among his peers. His discoveries formed the foundations of neurology and the medical field on the whole.

3. “Looking at a problem as a challenge or an opportunity to create a legacy, is what decides your destination.” 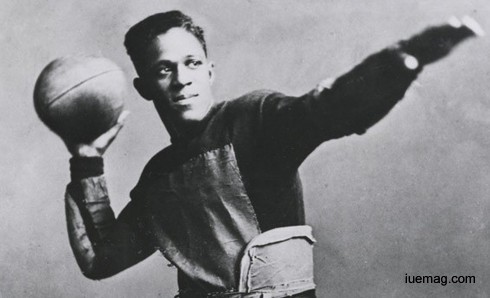 Born in Chicago, Illinois, Fritz Pollard broke racial barriers while achieving distinction on the football gridiron. He was the first African-American to play in the Rose Bowl, and later he became the first black coach and quarterback in the formative days of the NFL. Pollard also was a prominent businessman with a consulting firm and a newspaper, among his many ventures.

He felt the sting of racism as an African-American child growing up in the predominantly white neighborhood of Rogers Park, but he won admirers with his athletic accomplishments at Lane Tech High, where he was a three-time county track champion. It is in fact truly hard to emotionally stay strong when most of the people around you do not assert to what you do and you still got to stand for yourself and move on. Pollard’s deterministic attitude certainly took him a long way.

At Brown University, he became a college football standout despite his modest 5'9", 165-pound stature. He was the first African-American to play in the Rose Bowl at the end of the 1915 season, and in 1916, he led Brown, with back-to-back wins leading to an overall record. He later joined the American Professional Football Association in 1920. One of just two African-American players in the league, along with Bobby Marshall, Pollard led his team to the APFA's first title.  He was involved in several business enterprises during and after his professional football career. In 1954, Pollard was the first African-American elected to the National College Football Hall of Fame.

4. “Discipline – the only necessity to achieve any goal worth having.” 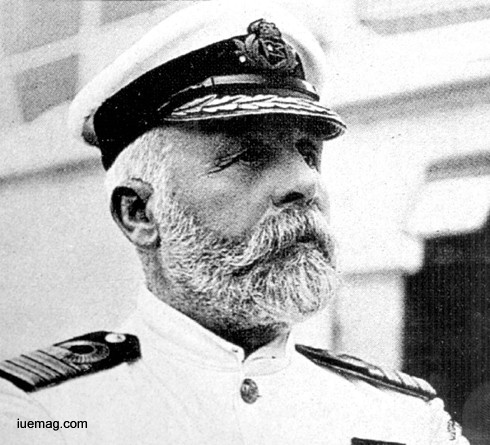 Edward John Smith was a British Merchant Navy officer, who served as master of numerous White Star Line vessels. He is best known as the captain of the RMS Titanic, perishing when the ship sank on its maiden voyage.

The son of a potter and later a grocer, he attended a school in Etruria, which was supported by the Wedgwood pottery works. Raised in a working environment, he left school at the age of 12 to join the Merchant Navy and the Royal Naval Reserve. Beginning his life on the sea as a teenager, he signed on to the crew of the Senator Weber in 1867. For years, Smith rose up the ranks and qualifications. The first vessel he commanded was the Lizzie Fennell, a 1,000-ton ship that moved goods to and from South America. After earning his master's ticket, he entered the service of the White Star Line, a prestigious British company, as a commanding officer of numerous White Star Line vessels, including the Majestic (which he commanded for nine years) and attracted a strong and loyal following amongst passengers. Although there were various obstacles like pressure, situations where he was not able to meet his family, he still never failed to keep his spirit positive and inspiring his entire team to fulfil their responsibilities. His discipline and commitment are some of the most important lessons to take back from his journey. For his stoicism and fortitude in the face of adversity, Smith became an icon of British "stiff upper lip" spirit and discipline.

5. “All birds find shelter when it rains. But Eagle avoids the rain by flying above the clouds. Problems are common; it’s the attitude that makes the difference. ”

Jerry Buss was an American businessman, investor, chemist, and philanthropist, who lived a rags-to-riches tale emblematic of the American Dream. He was the majority owner of the Los Angeles Lakers professional basketball team in the National Basketball Association (NBA), winning 10 league championships.

A Great Depression-era child living at the poverty line in Wyoming, he experienced the hardships of a blue-collar lifestyle and began working at a young age. Early on, Buss worked for his stepfather's plumbing business, waking up at 4:30 in the morning to dig ditches in frozen ground for three hours before school. Later in high school, Buss worked at a local hotel making two dollars a day.  He soon quit school to work for the railroad, eventually returning to receive his undergraduate degree from the University of Wyoming and a doctorate from USC. Saving money from his first job out of USC, Buss recruited four other investors to purchase a 14-unit rental apartment for a $6,000 down payment and $100,000 loan from the bank. Eighteen years later, Buss turned this $6,000 down payment into a $350 million real estate empire.

In 1979, Dr. Jerry Buss purchased the Lakers in a multifaceted $67.5 million deal. Buss had a vision from the start - make the idea of going to a basketball game an all-out entertainment spectacle. Eventually, the concept of "sports entertainment" was born. Buss added entertainment aspects that had never been thought of, by any. He added cheerleaders; he also added music and fanfare during breaks in the action and delivered a complete entertainment experience to anyone with a ticket to the game. Having walked with kings after living among commoners, Buss was a charismatic, calm and personable owner quite uncommon for a man of his fortune. From the bottom to the top levels of society, Buss treated all with the same genuine interest and respect.
Get the Latest & Recommended articles in your Inbox

Any facts, figures or references stated here are made by the author & don't reflect the endorsement of iU at all times unless otherwise drafted by official staff at iU. This article was first published here on 27th January 2017.
iU eMagazine
Editorial Team of iU eMagazine
Most Loved On iU
Have something to share? Drop us a line below!
People who loved this also loved