January 3: 5 POWER Lessons From 5 Leaders Who Made History On This DAY!

Here are some of the best lessons from those great leaders from our history, who have been the reason to contribute greatly to the world, in various aspects, fearlessly facing every challenge that came their way, repeatedly proving themselves to be the best of best through every action and leaving an unforgettable legacy..
This Page Has Inspired
1034
People So Far..

1. “Being Courageous doesn’t mean you are sure to win. It’s the discovery that you may not win, and are still trying when you know that there are chances you may lose.” 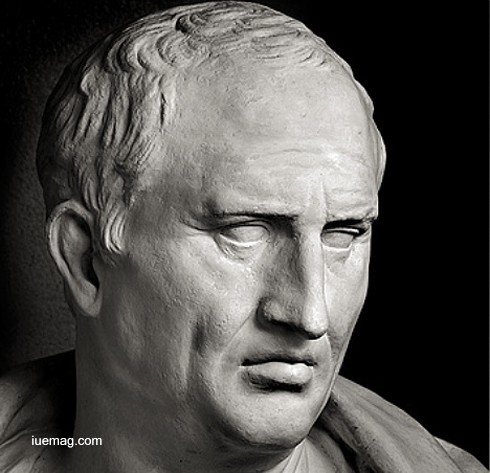 Marcus Cicero was a Roman philosopher, politician, lawyer, orator, political theorist, consul and constitutionalist. A strong believer in the Roman Republic, he served for a short time in the army and then began his career as a lawyer. He quickly became famous for taking risky cases and winning them.

In his first major case in 80 BC, he successfully defended Sextus Roscius who was charged of patricide, a courageous move because patricide was a serious crime and the people whom Cicero accused of the murder were dictator Sulla’s favourites. He incurred the wrath of the Roman dictator Sulla. When Cicero was quaestor for Sicily, he successfully prosecuted a case against its governor, the powerful Gaius Verres. It was during this case that he became known as the greatest orator in all of Rome. He was elected to consul, the highest position in the Roman government. During his time as consul, he blocked a threat to overthrow the Republic. He was given the title, Pater Patriae, meaning “Father of the Country”, by the Senate for his brave efforts.

Cicero served as quaestor in western Sicily in 75 BC and demonstrated honesty and integrity in his dealings with the inhabitants. He watched warily the rise of Julius Caesar and his ambition and following his assassination he became an enemy of Mark Anthony in the ensuing power struggle that of Antony and eventually lost his life. His extant works include 58 orations, around 900 letters, poems, philosophical and political treatises, and books of rhetoric. He is remembered as the greatest Roman orator and the innovator of what became known as Ciceronian rhetoric, which remained the foremost rhetorical model for many centuries.

2. “Don't chase success. Instead decide to make a difference and success will find you.” 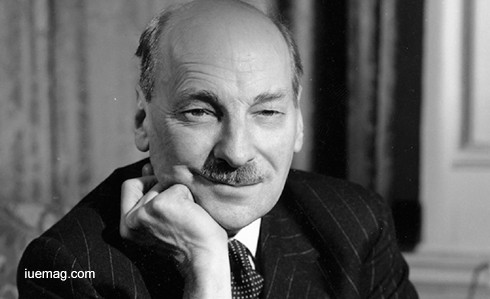 Initially conservative in his political views, he underwent a change while working as a manager for the Haileybury House, a charitable club for working-class boys. There he witnessed the terrible living standards of the slum children which deeply affected his views. After witnessing the poverty and misery prevailing in the society, he became more inclined towards Socialism. He developed a view that private charities would do no good for the poor people and income redistribution by the state was the only way out. Thus, he joined the Independent Labour Party in 1908 in order to become actively involved in the country’s politics. Attlee was given a commission in the South Lancashire Regiment in 1914 and he served in Gallipoli, Mesopotamia and France during World War I. When the war ended, he held the rank of Major. He was first elected to the Parliament in 1922 as the MP for Limehouse. In the 1931 general elections the Labour Party lost heavily and most of the senior leaders lost their seats. Attlee and George Lansbury were among the few who survived and Lansbury was elected the Leader with Attlee as his deputy.

From there, he gradually moved up the political ladder and became the leader of the party itself. The Labour Party under him registered a landslide victory in the general elections after the World War II and he became the Prime Minister. He assumed office on 26 July 1945 and in the next three years the government passed over 200 public Acts of Parliament. He also received the Order of the Garter, the Order of Merit and the Order of the Companions of Honour. 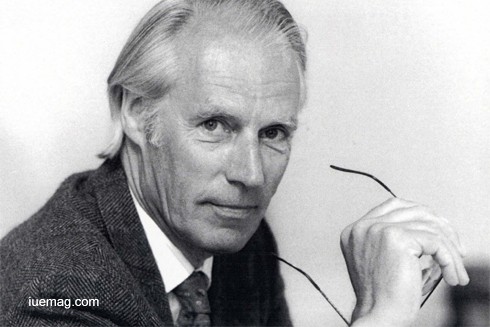 Plenty has been said about George Martin’s relationship with the ‘Beatles’, to which he dedicated his entire life. The ace record producer and composer, is often referred to as the ‘Fifth Beatle’.

He signed a contract with ‘The Beatles’ on June 6, 1962. Though his first collaboration was not a big hit, their second collaboration with the single, ‘Please Please Me’, created a huge impact, helping him rise to instant stardom. Throughout his career with ‘The Beatles’, he continued to collaborate with other artists including Shirley Bassey, Bernard Cribbins, Flanders and Swann, and later, America and Seatrain. All through his career, he not only served as the producer of the records but also as the spokesperson, who graciously answered any questions put forward about the band. This legendary producer also helped in shaping their elaborate productions and is regarded as one of the most versatile producers of the music industry.

He was also the co-founder of the famous AIR studios. The fact that he produced almost thirty No. 1 singles in the United Kingdom is the testimony to his sheer brilliance. Several awards and honors were given to this genius and he was also the proud recipient of two Ivor Novello Awards and five Grammy's. In a prolific career spanning six decades, he worked in the music industry, the film industry, for television and also appeared in live performances. He also held several significant positions including the executive roles in media companies and has widely contributed to numerous charitable causes. In recognition of his outstanding contribution to music and to popular culture, he was bestowed an honorary Knighthood. 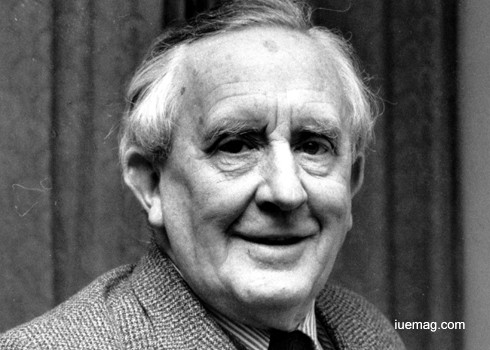 Never had he thought that a bedtime story he narrated to his children would transform into am award-winning novel, with hundreds of millions of fan-followers from across the world. Described as ‘grew in the telling’, ‘The Hobbit’ became one of his most-loved books, along with his richly inventive epic tale series ‘The Lord of the Rings’ which was helmed in bits and pieces sent as letters to his kids. J.R.R. Tolkien was an internationally eminent writer, most popular for his dark fantasy stories. His areas of expertise were often inspirations drawn from Germanic people, including poetry, literature, mythology and old English.

‘The Hobbit’ – an interpretation of the history of Middle-earth, in 1937, supported by over 100 drawings, became more popular as a children’s book, though it was originally written for adult readers. While writing a sequel to ‘The Hobbit’, he produced the highly-successful 12-book ‘The Lord of the Rings’, completed over a period of ten years, and has been translated into over 25 languages for readers across the world, even after 50 years from its original publication, and has often been ranked among the best-loved stories created in the 20th century. These two novels have been adapted into award-winning blockbuster movies by Hollywood director, Peter Jackson.

In 2002, he was ranked at No. 92 on ‘greatest Britons’ list by BBC. He was also placed sixth on the list of ‘The 50 greatest British writers since 1945’ published by The Times in 2008. Apart from novels, he also authored a series of short stories. It was due to his connection with fictional histories, fantasy writings, and constructed languages that he came to be known as the ‘father of modern fantasy literature’.

5. “Be brave. Take risks. Nothing can substitute EXPERIENCE.” –Paulo Coehlo 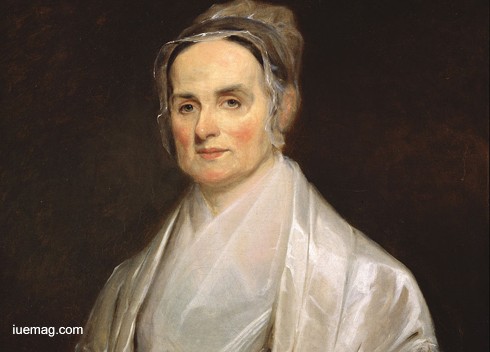 Lucretia Coffin Mott was a famous American feminist and social reformer in the nineteenth-century America. Though pictured in history as a gentle Quaker lady, her activities infuriated ministers, journalists, politicians, urban mobs, and even her fellow Quakers.

Lucretia became a teacher's assistant at Nine Partners and was troubled by the unfairness in salary differences between male and female instructors. Here, she met teacher James Mott, the grandson of Nine Partners' superintendent, whom she eventually got married to. Lucretia suddenly began speaking in Meeting, simply but powerfully, and in 1821 she was formally recognized as a minister. In 1821, she became a Quaker minister, travelled extensively and gave sermons which emphasized the presence of the Divine within every individual. From her home in Philadelphia, she travelled usually accompanied by her husband who supported her activism and made speeches supporting abolition.

She often sheltered runaway slaves in her home. She helped organize women's abolitionist societies, since the anti-slavery organizations would not admit women as members. Selected as a delegate to the World's Anti-Slavery Convention in London, she discovered that it was controlled by anti-slavery factions opposed to public speaking and action by women. She became the moving spirit of the first women’s rights convention at Seneca Falls. Her commitment to women's rights never came in the way or diluted her support for abolition or racial equality too. She envisioned women's rights not as a new and separate movement but rather as an extension of the universal principles of liberty and equality. Her long-term collaboration with white and black women in the Philadelphia Female Anti-Slavery Society was remarkable. She was a pacifist too and opposed the war with Mexico. In 1864, she along with several other Quakers founded Swarthmore College located near Philadelphia, Pennsylvania. One of the earliest co-educational colleges, it remains one of the premier liberal-arts colleges in the United States.
Get the Latest & Recommended articles in your Inbox

This Page Has Inspired
1034
People So Far..
Any facts, figures or references stated here are made by the author & don't reflect the endorsement of iU at all times unless otherwise drafted by official staff at iU. This article was first published here on 3rd January 2017.
iU eMagazine
Editorial Team of iU eMagazine