January 30: 5 POWER Lessons From 5 Leaders Who Made History On This DAY!

Success isn't just about what you accomplish, but what you inspire others to do. There are people of great successes who are and will be an inspiration to the world for centuries together. Here we bring to you lessons from the experience of such great leaders born this day! Use this read as a good start for a great day!
Tweet
Views
1070

1. “Never miss to be enthusiastic about what you do. Knowledge is power but enthusiasm pulls the switch.” 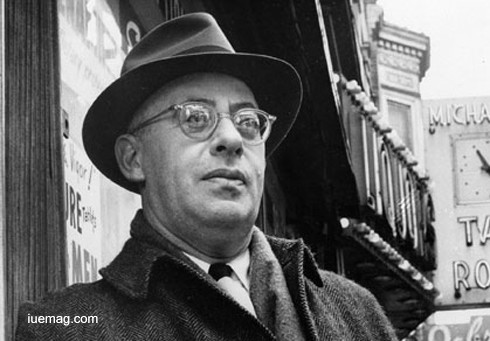 Featured on New York magazine’s list of 'the purest Avatars of the populist movement' and widely hailed as ‘the father of community organizing,’ Saul Alinsky dedicated his entire life to help improve the lives of the disadvantaged. This tough yet passionate lover of humanity pioneered innovative methods in helping the poor, scattered to improve their communities and raise their social and economic status.

Born in Chicago, the child of poor Russian Jewish immigrant parents, Alinsky majored in archaeology at the University of Chicago and later became a criminologist. But Alinsky’s true calling came in the late 1930s when he began work as a labor organizer. Later, he focused his attention on organizing communities against substandard living and working conditions in many places.

He combined urban theories he had learned in university and the street smart ways of growing up in Chicago to work with communities. He worked in prisons, unions, churches and other social communities. He would go to a neighbourhood, listen to their needs and problems and work with them in order to help them achieve what they want, either by bringing it to the notice of the government or the corporates. He worked with poor communities across North America, African-American ghettos, California, Michigan, New York City and many other troubled and poor communities across America. One of his acclaimed publications ‘Rules for Radicals' provides guidelines for future community organisers. His legacy continues to live and inspire millions.

2. “Learn to take risks in life. If you win, you can lead and if you lose, you can guide.” 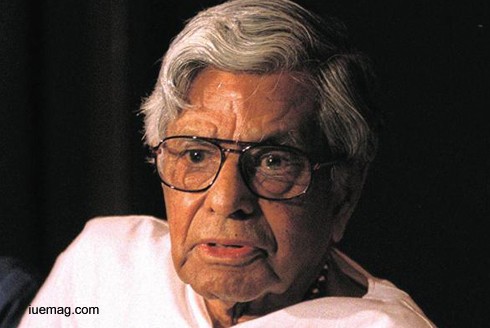 Ministers are elected to the cabinets. They come, serve the term, and are elected again for yet another cabinet. Very few justify their positions by contributing to the concerned ministry that they are appointed for. One such honorable and commendable minister was Chidambaram Subramaniam who, as a food minister, transformed India into a self-productive factory of wheat. Popularly known as the political architect of the "green revolution" in India, Subramaniam utilized his formidable skills in spreading the use of a new variety of wheat to millions of farmers, making India capable of harvesting wheat on homeland rather than importing. Besides, he was successful in supporting a new program for selling hybrid seeds, fertilizers, and pesticides at heavy subsidized rates. With this, Subramaniam gave India what it had been dreaming since long - green revolution.

Prior to joining full-fledged politics, Subramaniam plunged into the freedom struggle strongly and was even imprisoned for his active participation. Later, he was elected to the Constituent Assembly and was also involved in structuring the Constitution of India. He was further involved in introducing high-yielding varieties of seeds and more intensive application of fertilizers which gave way for increasing the output of cereals in the late 1960s. He founded the National Agro Foundation at Chennai and Bharathidasan Institute of Management at Tiruchirappalli. In 1998, he was conferred upon with the highest civilian award in India, Bharat Ratna.

3. “Forget all the reasons why it won’t work and believe the one reason it will.” 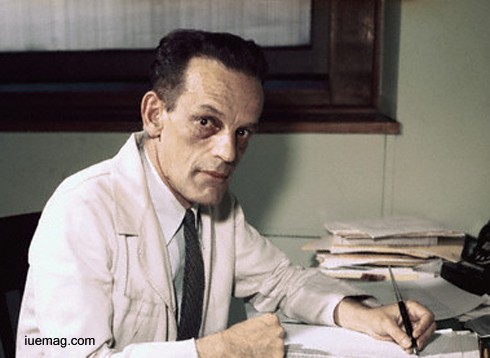 Max Theiler was a South African-American virologist and doctor. He was awarded the Nobel Prize in Physiology or Medicine in 1951 for developing a vaccine against yellow fever, becoming the first African-born Nobel laureate.

After finishing his medical training in 1922, the 23-year-old Theiler obtained a position as an assistant in the Department of Tropical Medicine at Harvard Medical School. His early research focused on amoebic dysentery and rat-bite fever. From there, he developed an interest in the yellow-fever virus. In the course of his experiments, he accidentally contracted yellow fever from one of his mice, which caused a slight fever and weakness. This small bout of yellow fever simply gave Theiler immunity to the disease. In 1930, Theiler reported his findings on the effectiveness of using mice for yellow fever research in the respected journal Science. The initial response was overwhelmingly negative; the Harvard faculty, including Theiler's immediate supervisor, seemed particularly unimpressed. Undaunted, Theiler continued his work, moving from Harvard University, to the Rockefeller Foundation in New York City. Eventually, yellow-fever researchers began to see the logic and followed his lead.  It was used throughout Africa for nearly 25 years and led to the near total eradication of yellow fever in the major African cities.

While encouraged with the new vaccine, Theiler considered the mouse strain inappropriate for human use. In March 1937, Theiler announced that he had developed a new, safer, attenuated vaccine, which he called 17D strain. This new strain was much easier to produce, cheaper, and caused very mild side effects. From 1940 to 1947, with the financial assistance of the Rockefeller Foundation, more than 28 million 17D-strain vaccines were produced, and given away to people in tropical countries and the United States. The vaccine was so effective that the Rockefeller Foundation ended its yellow-fever program in 1949, safe in the knowledge that the disease had been effectively eradicated worldwide. The World Health Organization still uses Theiler's 17D vaccine and had mounted efforts to inoculate people in remote areas.

4. “If you ever feel like giving up, just look back on how far you are already. Just another step might lead you to where you ought to be.” 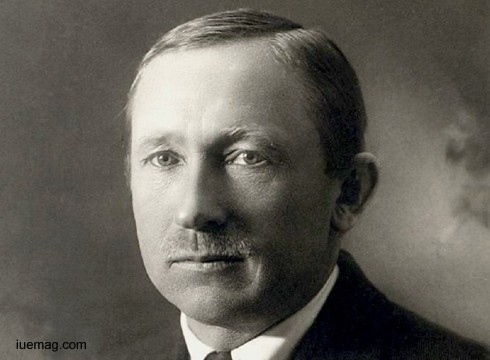 Anton Hansen Tammsaare was an Estonian writer who is best known for his pentalogy ‘Truth and Justice’, which is regarded as one of the foundational works in Estonian literature.

Born to a poor farmer, he somehow managed to gather enough money to support his education. After completing matriculation, he joined the University of Tartu to study law but unfortunately contracted tuberculosis and withdrew without obtaining a degree. He had a keen interest in writing from an early age and after recovering from the illness, he decided to pursue a career in literature. His early works reflected the atmosphere of the revolution of 1905, succeeded by several short urban novels and collections of miniatures.

Later, when Estonia became independent, he wrote prose works based on the history and lives of the Estonian people. These works earned him a prominent place in Estonian literature and he was able to connect with the readers on an emotional level. Subsequently, he published his groundbreaking five-volume saga titled ‘Truth and Justice’ which earned him much appreciation for emphasizing on the critical questions in life. Throughout his literary career, he published numerous literary works, most of which remained closely connected with the history of Estonia. Crowned as the most famous writer of Estonia, his classics continue to make their way to the hearts of readers. 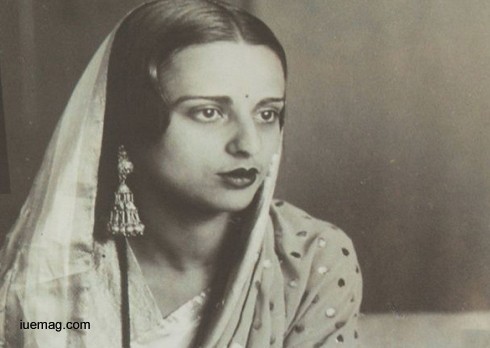 One of the most talented painters ever to have graced the Indian soil, Amrita Sher-gil was an artist beyond comparison. Though she lived for just 28 short years, she left an indelible mark on the history of contemporary Indian art. She is often referred to as India’s Frida Kahlo. Born to a Punjabi Sikh father and a Hungarian-Jewish mother, she is today considered an important woman painter of 20th-century India, whose legacy stands on a par with that of the Masters of Bengal Renaissance. She is also the "most expensive" woman painter of India.

She began painting by herself as a five year old and her parents arranged for her to have lessons later on after seeing her talents. When she grew up into a gifted teenager her mother took her to Europe to expose her daughter to various genres of paintings. However, it was only after she went back to India did Amrita realize her full potential. Her paintings were the perfect blend of Western and Indian techniques which gave them an exotic appeal combined with earthiness.

The Torso, one of her early paintings was a masterly study of a nude which stood out for its cleverness of drawing and bold modelling. In 1933, Amrita completed ‘Young Girls.’ Critics and Art enthusiasts were so impressed by ‘Young Girls’ that Amrita Sher-gil was elected as Associate of the Grand Salon in Paris; she was the youngest ever and the only Asian to be elected so. Most of her paintings reflect vividly her love for the country and more importantly her response to the life of its people.
Get the Latest & Recommended articles in your Inbox

Any facts, figures or references stated here are made by the author & don't reflect the endorsement of iU at all times unless otherwise drafted by official staff at iU. This article was first published here on 30th January 2017.
iU eMagazine
Editorial Team of iU eMagazine
Most Loved On iU
Have something to share? Drop us a line below!
People who loved this also loved