January 31: 5 POWER Lessons From 5 Leaders Who Made History On This DAY!

Here are some of the best lessons from those great leaders from our history, who have been the reason to contribute greatly to the world, in various aspects, fearlessly facing every challenge that came their way, repeatedly proving themselves to be the best of best through every action and leaving an unforgettable legacy.
This Page Has Inspired
1053
People So Far..

1. “Every time you face a new challenging situation, remember, the harder the struggle, the more glorious the triumph.” 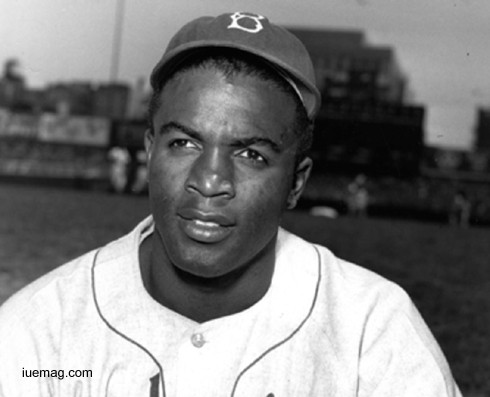 Jackie Robinson, the first African-American to play the Major League Baseball, was one of the most inspirational and towering figures of the 20th century. Withstanding the racial segregation prevalent during his time, Robinson proved to the world that the spirit of a game has nothing to do with color or race. Not only did he set an example but also helped a whole generation of young African-American players enter the Major Baseball League.

For him, baseball was more than a game - it was a medium to express his views on racism and to show that he was no different from anyone else in the team. However, his journey from a discriminated baseball player to one of the highly-recognized players was quite audacious. Jackie Robinson made history in 1947 when he broke baseball’s color barrier to play for the Brooklyn Dodgers. As he played for the Dodgers, he faced several threats and was even booed by the audiences. His family also was not spared, but Robinson had only one thought in his mind – to play his game no matter what. A talented player, Robinson won the National League Rookie of the Year award his first season, and helped the Dodgers to the National League championship – the first of his six trips to the World Series. In 1949 Robinson won the league MVP award, and he was inducted into the Baseball Hall of Fame in 1962.

He emerged as one of the greatest players in the history of American baseball, who survived racial discrimination impeding their path. The courage and grace with which Robinson handled the abuses inspired a generation of African Americans to question the doctrine of “separate but equal” and helped pave the way for the Civil Rights Movement.

2. “Believe and act as if it were impossible to fail. You will soon realize it’s true.” 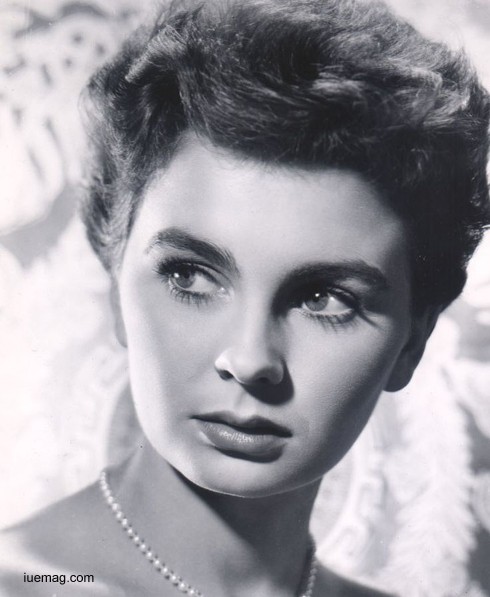 Jean Merilyn Simmons, OBE was an English actress and singer, who was one of J. Arthur Rank's "well-spoken young starlets" and appeared predominantly in films, beginning with those made in Great Britain during and after the Second World War, followed mainly by Hollywood films from 1950 onwards.

A graceful leading lady of British and American film for over six decades, Jean Simmons was an Oscar-winning actress whose outward fragility belied an emotional power wielded with skill and precision in films such as ‘Great Expectations,’ ‘Hamlet,’ ‘Spartacus’ and several others. Producer Val Guest lifted Simmons out of a dancing school, in the dreary suburb of Cricklewood, after she had attended just two weeks tuition. Guest saw in Simmons the fresh face needed for his upcoming film ‘Give Us the Moon.’ Simmons was 14 and her father warned that her luck would not last. He was wrong. Simmons' beauty and genuine talent brought her many successes. A novice when she made her debut in 1943, she quickly blossomed into a talented dramatic performer under the direction of such noted filmmakers as David Lean.

She starred in a wide variety of features, ranging from musicals to stark dramas. Though her screen appearances diminished in the 1970s, she remained active on television. Still active in films and television in her eighth decade, she remained an enduring talent from the Golden Age of Hollywood cinema. Simmons, who herself faced challenges and fought her own battle with alcohol addiction, never shied away from speaking publicly about her own ordeal due to the addiction. In 2003, she became a patron of ‘Release’, a British drug and human rights charity and the oldest independent drugs charity in the world.

3. “To give any less than your best is to sacrifice a gift.” 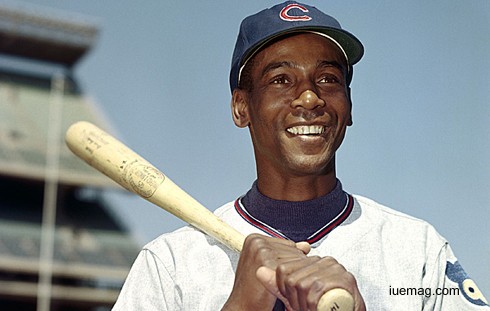 Ernie Banks was one of the most admired black professional baseball players in the history of American baseball. Popularly known as Mr Cub or Mr Sunshine, he spent his entire playing career as a member of the Chicago Cubs. He was a Major League Baseball shortstop and first baseman for 19 seasons - 1953 through 1971.

Having been blessed with a knack for sports, he started playing baseball at a young age. A native of Dallas, Texas, 19-year-old Ernie Banks debuted for the Kansas City Monarchs of the Negro leagues in 1950. After two years in the Army, Banks returned to the Monarchs, who sold his contract to the Chicago Cubs in 1953. His debut on September 17th marked the first appearance of an African-American player for the franchise.

An 11-time All-Star, Banks was named the National League's (NL) Most Valuable Player for two consecutive seasons. He hit more than 40 home runs in five different seasons. Over the course of 19 seasons, he played 2528 games in which he got 2583 hits, 512 home runs, and 1636 runs batted in. He turned in such a tremendous performance in 1958 (.313, 47 home runs, and 129 RBI) and 1959 (.304, 45 home runs, and 143 RBI) that he was named the National League's Most Valuable Player both years. Banks was the shining star of a team that was mediocre for most of his career, and his one great regret was that he never played in the World Series. Nonetheless, losing never dampened his optimism which was so legendary that when he was elected to Baseball's Hall of Fame in his first year of eligibility.

4. “Excellence is the journey. Discipline is the vehicle. With discipline, most anything is possible.” 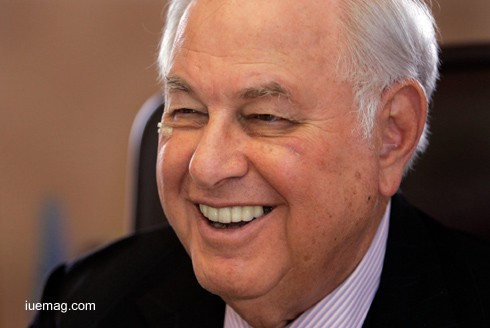 Adolf Alfred Taubman was an American entrepreneur and philanthropist, who was a spectacularly successful developer of shopping malls. He pioneered the concept of ‘shopping mall,’ an emerging trend in the global arena. The combination of his brilliance and sincerity shaped the emergence of shopping centers around the world. His imaginative vision transformed many lives along with his own; his is the story of a man who rose from rags to riches.

Born to a low class immigrant family, he grew up in Detroit during the Depression and started working at age 9, alongside receiving his education. He developed his sophisticated sense of design and space during his architectural studies. He started from a small real estate development firm and through his insight in merchandising and retailing, he became a shopping mall magnate, with an enormous enterprise under his name which is worth billions of dollar. He incorporated his ideas to build incredible retail stores, hotels, enclosed malls and shopping centers all around the world.

Apart from being a successful businessman, he was also a leading philanthropist who donated large sums of money for various health, education and art causes. His generous contributions supported various medical researches and helped in imparting education to several underprivileged sections of the society. He was a man of immense dedication towards his work and his life’s journey is certainly an inspiration for all.

5. “Never ever give up even if it has taken years and you still haven’t found results. Remember, great things take time.” 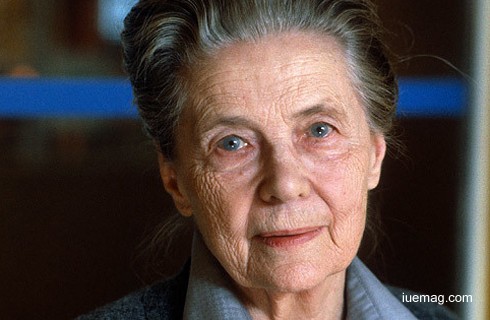 Alva Myrdal was a Swedish politician, diplomat and a sociologist, best remembered as the winner of 1982 Nobel Prize for Peace. She worked tirelessly to transform her country's social welfare system, as well as extended her efforts beyond Sweden to work for world peace. She combined together her profound commitment with great professional insight in her work towards disarmament and to end the propagation of nuclear weaponry in the second half of the twentieth century.

Born to a middle class family, she was highly influenced by her parents and was motivated towards creating a better society from an early age. After becoming an educator, she made earnest efforts in order to make changes in her country's educational policies and built a reputation for herself as an activist for women's rights. Seeking to end inequalities among people, she addressed these inequalities beginning with their root in education. In the 1930s she authored several books focusing on education, women's rights, and the role of the state in promoting human welfare, broadening her focus in the 1950s to encompass nuclear disarmament among the world's superpowers.

During the inter-war years, she devoted herself towards improving the conditions of the working class through the Social Democrat Party, and after the war she held prominent posts in the United Nations, dealing with the organization’s welfare policies. But her most remarkable contribution was her advocacy of world disarmament for which she received a Nobel Prize for Peace. As the representative of a non-aligned Sweden, she worked actively to persuade the superpowers to promote disarmament. A selfless promoter of world peace, she dedicated all her life towards creating a better world.
Get the Latest & Recommended articles in your Inbox

This Page Has Inspired
1053
People So Far..
Any facts, figures or references stated here are made by the author & don't reflect the endorsement of iU at all times unless otherwise drafted by official staff at iU. This article was first published here on 31st January 2017.
iU eMagazine
Editorial Team of iU eMagazine