January 4: 5 POWER Lessons From 5 Leaders Who Made History On This DAY!

Life is best experienced when lived to the fullest. To be able to live to the fullest, on your road to success, all of us certainly need a push every now and then. Get that motivation from the history, before you start your day! Here are lessons from 5 great leaders born this day, who have been the reason to contribute enormously to the mankind.
This Page Has Inspired
1132
People So Far..

1. “The pain you feel today is the strength you feel tomorrow. For every challenge encountered is opportunity for growth.” 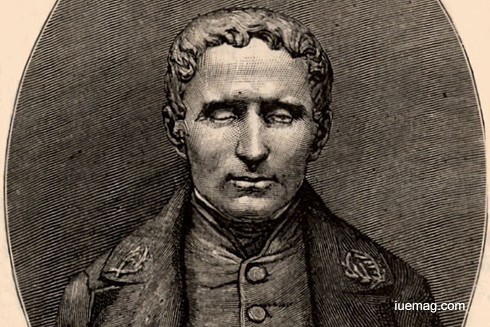 The man behind the Braille system, Louis Braille is regarded as one of the greatest contributors to the field of reading and writing systems for the visually impaired.

Blinded in both eyes as a result of an early childhood accident, Braille mastered his disability while still a boy.  Because of his combination of intelligence and diligence, Braille was permitted to attend one of the first schools for blind children in the world, the Royal Institute for Blind Youth. While still a student there, he began developing a system of tactile code that could allow blind people to read and write quickly and efficiently. Inspired by the military cryptography of Charles Barbier, Braille constructed a new method built specifically for the needs of the blind. He presented his work to his peers for the first time in 1824. Later, he started working as a teacher at the Royal Institute for Blind Youth in Paris and within seven years, he had become a professor at the same institute. He also had an avocation as a musician, but he largely spent the remainder of his life refining and extending his system.

Braille was determined to invent a system of reading and writing that could bridge the gap in communication between the sighted and the blind. In his own words, “Access to communication in the widest sense is access to knowledge, and that is vitally important for us if we [the blind] are not to go on being despised or patronized by condescending sighted people. We do not need pity, nor do we need to be reminded we are vulnerable. We must be treated as equals – and communication is the way this can be brought about.” Although Braille’s system did not get enough recognition during his lifetime, it eventually became the universal reading system for the blind. His discovery of the Braille System has today given millions from across the world, the opportunity to read and write.

2. “The harder the struggle, the more glorious the triumph. Never give up. Just another try, might lead you to victory.” 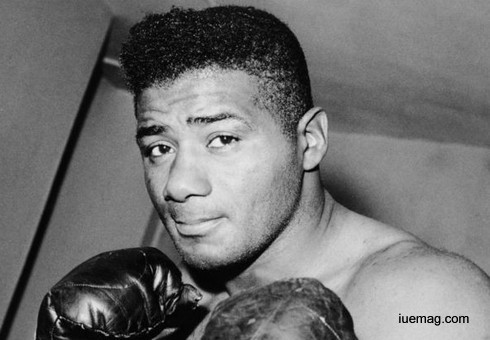 African-American boxer, Floyd Patterson became the youngest heavyweight champion in history and the first heavyweight to regain his title following a loss.

Growing up poor in Waco and later in Brooklyn, he was an antisocial child who hated school. Unable to read or write by age 11, Patterson was sent to the Wiltwyck School for Boys in upstate New York, where he finally made progress in the classroom and learned how to box. After returning home, Patterson started working out with legendary boxing trainer Cus D'Amato at the Gramercy Gym in Manhattan. He began boxing as an amateur in 1950, and won New York Golden Gloves titles in 1951 and 1952. At the 1952 Summer Olympic Games in Helenski, Finland, Patterson notched five knockouts in as many bouts to win the middleweight gold medal. Patterson turned professional after the Olympics, winning his first paid bout by knockout in 1952. Fighting as a light heavyweight, he lost only once over the next four years. With the heavyweight title up for grabs following the retirement of Rocky Marciano, Patterson scored a fifth-round knockout of Archie Moore in November 1956 to become the youngest heavyweight champion in history. He successfully defended his title four times, overcoming his natural reticent nature and size disadvantage with speed and an unusual style that flummoxed opponents.

In June 1959, Patterson suffered a defeat, but won the June 1960 rematch, becoming the first heavyweight to regain the championship. He earned another shot at the title winning against Muhammad Ali in November 1965. Although he never formally retired, he finished with an impressive record of 55-8-1, including 40 knockouts. He was honoured for his accomplishments with his induction into the United States Olympic Committee Hall of Fame in 1987 and the International Boxing Hall of Fame in 1991.

3. “Never stop doing your best just because someone doesn’t give you the credit you deserved.” 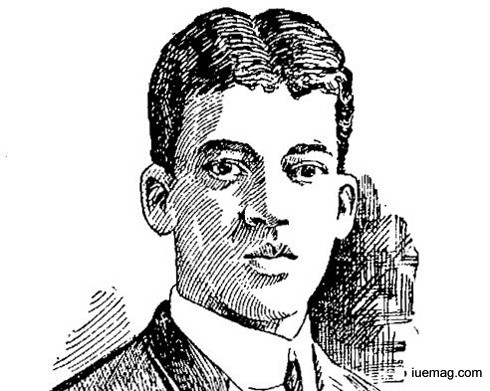 Harry “Bucky” Lew is best known for becoming the first African-American professional basketball player when he joined the New England League in 1902.

Born in Lowell, Massachusetts, Henry was part of a family that was well-known for fighting for racial equality. He played basketball at the local YMCA and at the age of 18, he played with the Pawtucketville Athletic Club in the New England Professional Basketball League, becoming the first African American to play the sport professionally. Due to the racial climate at the time, the team manager didn't initially play Lew with the rest of the team. Even when a few injuries hit the team, the manager chose to play four Pawtucketville players against opposing five-person teams rather than put Lew in. When the team started losing, however, angry crowds demanded that Lew be put in to play. Lew finally played his first game on November 2, 1902—only four days shy of basketball inventor James Naismith's 33rd birthday, and 11 years after the game was invented in Springfield, Massachusetts. Known for his defensive abilities, he went on to become one of the best defensive players in the league.

He stayed involved in basketball, both as a player and general manager, over the next 20 years with teams based in Lowell. The NBA wasn't formed until 1949, but by then, Lew's efforts in the sport had led to the Boston Celtics drafting the NBA's first African-American player in 1950, playing the league's first all-black starting five in 1963 and bringing on its first black head-coach in 1966.

4. “We rise by lifting others.” –Robert Ingersoll 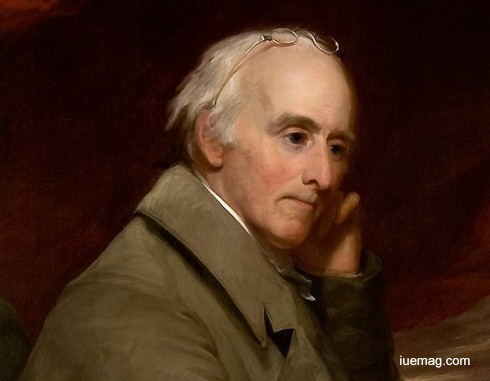 Benjamin Rush is best known for his political activities during the American Revolution, including signing the Declaration of Independence.

Rush's father died when Rush was 6 years old, and he was soon put under the tutelage of his uncle. Intending to pursue a career as a lawyer, Rush received his B.A. in 1760, when he was just 14 years old. Changing paths quickly, however, he moved to Philadelphia and began training as a physician. Here he came under the influence of the leading minds in the medical field and also earned his M.D. from the University of Edinburgh. When he returned to Philadelphia, he began his medical practice and was appointed as chair of chemistry at the College of Philadelphia, thereby making him the first professor of chemistry in America, at the young age of 23. He also kept busy outside his world of medicine, publishing a tract on the evils of the slave trade and helping organize the first anti-slavery society in America, the Pennsylvania Society for promoting the abolition of slavery and the relief of Negroes unlawfully held in bondage.

Rush officially went down in U.S. history as a founding father when he became one of the signers of the ‘Declaration of Independence’, and he carried his medical knowledge with him through the war effort as a surgeon general of the Medical Department of the army. After the war, Rush returned to his medical practice and taught at the University of Pennsylvania. He is said to have taught 3,000 medical students, doctors who went on to establish the medical profession in the United States. He is also known for his efforts to reform care given to the mentally ill. This approach, paired with his medical inquiries and observations upon the diseases of the mind, the first textbook on psychiatry published in America, led the American Psychiatric Association to call Rush as the “father of American psychiatry.”

Michael Madhusudan Dutt, a popular 19th-century Bengali poet, was a pioneer of Bengali drama. He is renowned for being associated with the Bengali renaissance movement.

Madhusudan became a self-proclaimed ambassador of English mannerisms and intellect, due to his early exposure to English education and European literature. Inspired by his thoughts and to escape a marriage arranged by his father, he left home and soon became a Christian. On the day of his baptism, Madhusudan adopted his first name 'Michael'. He was forced to leave the Hindu college on becoming a Christian. Due to lack of funds, he left to another State, Tamil Nadu and taught at the Madras University High School.  Apart from teaching, Madhusudan also worked as a journalist and a translator. After a brief stint in Madras, he returned to Kolkata and realized the dearth of good literary works in Bengali. Realizing his ability to fill up the vacuum in Bengali literature, he associated himself with the Belgachhiya theatre in Kolkata where he came up with his first play 'Sarmistha' in 1859. The play was followed by some more. The success of these compositions inspired him to pen down his first Bengali poem 'Tilottama Sambhava' in the same year.

Widely considered to be one of the greatest poets in Bengali literature and ‘the father of the Bengali sonnet’, he pioneered what came to be called amitrakshar chhanda (blank verse). Although his first love remained poetry, Dutt showed prodigious skill as a playwright. He is credited for his poetic innovations that were created by merging Bengali language and stories with western styles and forms. This helped mark the beginning of modern Bengali literature. Madhusudan was an intellectual rebel who, through his writings and compositions, challenged the value systems encoded in traditional literature.
Get the Latest & Recommended articles in your Inbox

This Page Has Inspired
1132
People So Far..
Any facts, figures or references stated here are made by the author & don't reflect the endorsement of iU at all times unless otherwise drafted by official staff at iU. This article was first published here on 4th January 2017.
iU eMagazine
Editorial Team of iU eMagazine