January 5: 5 POWER Lessons From 5 Leaders Who Made History On This DAY!

Whether at work or in case of personal life, we all want to become better leaders, but what does it take to reach there? What made great leaders to overcome those hardships and those challenging situations? Here are lessons from some of the greatest leaders from our history and you are sure to lean what characteristics made them great.
This Page Has Inspired
1052
People So Far..

1. “The only way to overcome fear is to face it. Ultimately, it is freedom on the other side of it. You get to choose where you wish to belong.” 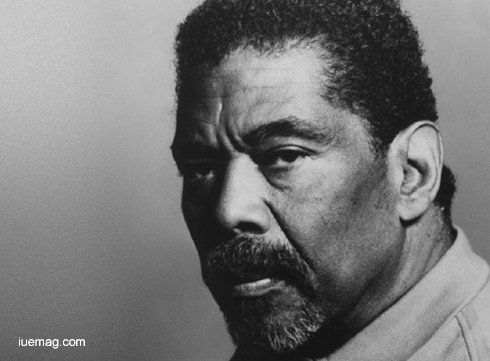 Alvin Ailey was a choreographer who established the ‘Alvin Ailey American Dance Theater’ to promote modern dance forms. He was an African-American, who sought to preserve the uniqueness of his own culture and simultaneously enrich the American modern dance heritage. He was also an activist and, in his lifetime, he undertook a number of programmes to promote arts, particularly benefiting deprived communities.

Born into a poor family, Ailey was raised at that time of racial segregation when violence and assassination of African-Americans were common scenarios and most people of his race were forced to take sundry and minor jobs. Ailey was only six months old when his father abandoned his family. When he was five, his mother was raped by a group of white men which instilled a fear that haunted him for a long time. However, fate had fortune in store for Ailey. When Ailey first enrolled himself in a dance school, he showed promise which only few could exhibit. He also danced at a nightclub for a brief period and later joined the Horton's Company where he presented his first dance performance, ‘Revue Le Bal Caribe’. His is renowned for forming his dance group in 1958 called, the ‘Alvin Ailey American Dance Theater’. Ailey encouraged multi-racialism and recruited people solely based on their talents.

His dance was driven by passion and enhanced by innovation. No wonder that he is credited for introducing various dance techniques which changed the course of modern dance. In his lifetime, he grabbed many honorary awards and recognitions for his contribution to the American Dance culture and his efforts at fostering. Even years after his death, Ailey continues to be an important figure in the field of dance through the ballets he formed and the organizations he founded.

2. “Great things never came from comfort zones. It’s time you move out of them!” 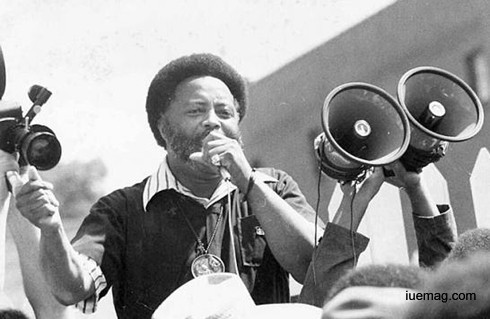 Hosea Williams was an American civil rights leader, politician and philanthropist who played a major role in the struggle against segregation.

Born to blind African-American parents in Georgia, Williams was raised by his grandparents following the death of his mother. Leaving home at the age of 14, Williams worked odd jobs for several years before joining the United States Army during the Second World War. Upon returning, he finished his high school and earned his graduate as well as post-graduate degree in chemistry. Thereafter, he began working for the U.S. Department of Agriculture in Georgia and in 1952, while working as a chemist, Williams first became involved in the civil rights movement when he joined the National Association for the Advancement of Colored People (NAACP).

This marked the beginning of his association with the Civil Rights movement and he became known for his speeches against segregation. Later, Williams joined the Southern Christian Leadership Conference (SCLC) and as an important member of SCLC, Williams helped in conducting black voter registration drives in the Freedom Summer. Later, he also led the Selma to Montgomery protest march that was attacked by mounted police, an event that became known as ‘Bloody Sunday’. After King’s assassination, Williams became the executive director of SCLC and later gravitated towards politics. In 1987, he led the largest civil rights march in Georgia history into all-white Forsyth County which resulted in a violent confrontation. He also received the Most Courageous Leadership in the Freedom Movement Award from NAACP for the year 1960-61. He was a dedicated activist who continued to serve the deprived until his death.

3. “There is no force more powerful than your determination to rise.” 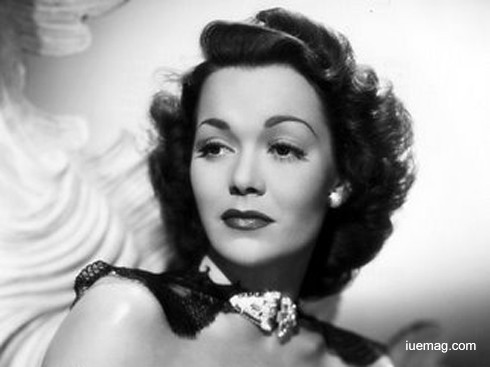 Born Sarah Jane Mayfield, Jane Wyman was an American singer, dancer actress and philanthropist, who had a long a distinguished career in Hollywood that spanned almost seven decades.

Wyman had bitter a childhood and her mother had to look after her ailing father. Her father died when she was four-year-old and she had to accompany her mother to Los Angeles in search of a job. Sarah tried to get a job in the studios there but nobody gave any wok to the snub-nosed girl and she had to return to St. Joseph. She was ultimately adopted by the Fulks couple and got a home where she could live in peace. She attended the ‘Lafayette High School’ in St. Joseph, Missouri but dropped out in 1932 when she was only 15.

She worked as a manicurist and switchboard operator before singing for the radio under the name Jane Durrell. Then she started appearing in small roles in films. After that she signed a contract with ‘Warner Brothers’ and acted in both ‘A’ and ‘B’ grade movies under the name Jane Wyman. She acted in ‘Gold Diggers’ in 1937 and starred in ‘Public Wedding’ in 1937 opposite William Hopper. She won four Oscar nominations. She also won the ‘Oscar for the Best Actress’ and the Golden Globe for Best Motion Picture Actress for ‘Johnny Belinda’. According to an interview she survived four different cycles in the industry, which were ‘the brassy blonde’, ‘the musicals’, ‘the high dramas’ and then the ‘inauguration of television’ and was able to survive in the town which was notorious for exploiting talent and discarding it.

4. “Old age can never be a reason to not live your life. Any time is the right time to start.” 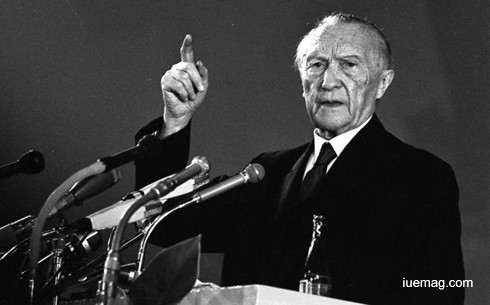 Konrad Adenauer was the first Chancellor of Germany after the World War II and in this position he played a major role in rebuilding the nation from the ruins of the war. Often referred to as the “Der Alte” (the old man), he was in his seventies when he was elected as the chancellor but he never let his age become a hurdle when it came to serving his beloved nation which he helped rebuild from a war-ravaged region to an industrialized and prosperous country.

A qualified lawyer, he was interested in politics from a young age and was active in the Cologne city council. He served as the Mayor of Cologne till 1933 and also became President of the Prussian state Council. As the mayor he built new port facilities, a green belt, sports grounds and exhibition sites. Upon becoming Chancellor he set about rebuilding Germany from the ruins it laid in following the devastation of the World War II.

Under his leadership and guidance, Germany became a democracy and achieved stability and economic prosperity. He also became known for forging close relations with erstwhile enemy nations and for re-establishing the position of Germany in the international scenario. An outspoken and bold personality, he opposed Hitler and the Nazi Party and was forced to keep a low profile for years in fear of persecution. He was still arrested and sent to a concentration camp but miraculously survived the war. After the war he was elected as the first Chancellor of Germany and in this position he played a pivotal role in the country’s reconstruction. Adenauer was 87 years old at the time of his retirement.

5. Either you have to find a way or create a way; never create an excuse.” 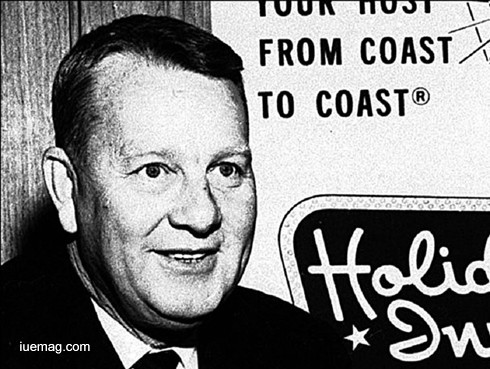 The founder of the 'Holiday Inn' chain of hotels, Charles Kemmons Wilson’s journey, is one of the most suitable examples of a rags-to-riches story. Having lost his father at a very young age, he quit high school and took up the responsibility of earning a living when his single mother became unemployed, owing to the global economic crisis, the 'Great Depression'. Before the establishment of 'Holiday Inn', the young Wilson sold almost everything under the sun. His main income, however, came from selling ice cream, cigars, magazines and popcorn.

The shrewd salesman saved the profits and started acquiring movie theatres in many cities. Soon, he was motivated to build hotels, after a harrowing experience at dirty yet expensive roadside motel. This provoked Charles to bring about an immediate change in the accommodation choices available to travellers, and thus paved way for the birth of 'Holiday Inn' chain of motels, which was inaugurated in 1952. The 'Holiday Inn' hotels were known for their clean rooms, standard rates, and accessible to people on-the-go, making them suitable for families. Kemmons soon became famous, with his hotels gaining popularity not just in the United States but most parts of the world.
Get the Latest & Recommended articles in your Inbox

Subscribe!
By 1964, the number of hotels owned by this business magnate grew to 500, and 'Holiday Inns' began giving other expensive accommodations a run for their money, in terms of standard and comfort. 'Holiday Inn' became successful on a global level, and the chain of hotels became the first ever to generate revenue of $1 billion dollars in the year 1972, with more than 1400 branches across the world.

This Page Has Inspired
1052
People So Far..
Any facts, figures or references stated here are made by the author & don't reflect the endorsement of iU at all times unless otherwise drafted by official staff at iU. This article was first published here on 5th January 2017.
iU eMagazine
Editorial Team of iU eMagazine