January 6: 5 POWER Lessons From 5 Leaders Who Made History On This DAY!

At certain points of lives, we begin to encounter situations that help us realize that our ability is much more than what we think it is. It is also important for us to be prepared for certain situations that are bound to throw challenges at us. Follow this read, which shall not just give you strength to handle them, but also help you to prevent yourself from wrong doings that might otherwise happen.
Tweet
Views
1025

1. “Always go with your passion. Never ask yourself if it’s realistic or not.” 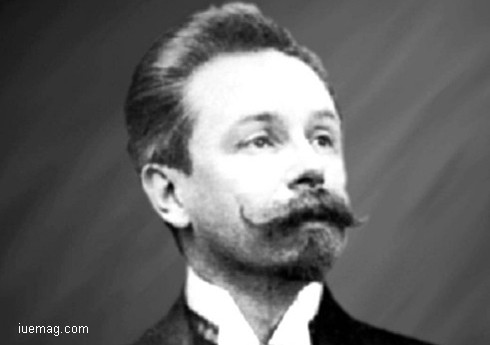 Esoteric, imaginative, and idiosyncratic, Aleksandr Scriabin’s contribution to the world of music is peerless. A mystic and an eccentric, Scriabin’s music and his problems were a result of his philosophical ideas. He was a person with diverse visions and was considered one of the main Russian symbolist composers because of his unusual harmonies. The amalgam of colors, textures and sound in his compositions is what set him and his music apart from others.

As a child, Scriabin was quite exposed to piano playing, as his aunt Lyubov was an amateur piano player. He was quite fascinated with the mechanism of the piano and he often built pianos and gifted it to the guests. Scriabin started taking piano lessons at an early age from Nikolai Zverev. He launched his concert career in 1894. He made his debut as a pianist in St. Petersburg. In the same year, he composed for Mitrofan Petrovich Belyayev’s publishing company. Scriabin spent around six years touring several countries including Switzerland, Italy, France, Belgium and United States. From 1906 to 1907, Scriabin toured United States and gave concerts with Safonov and the conductor Modest Altschuler. 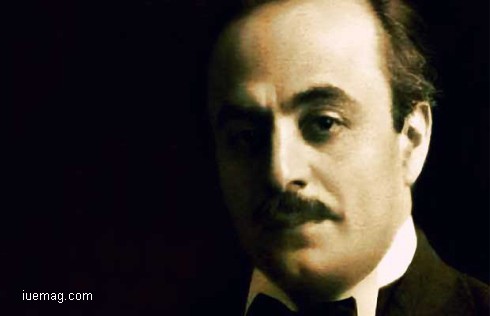 Khalil Gibran was a Lebanese American artist, writer, philosopher and the third most popular poet in history after Shakespeare and Laozi.

Gibran’s family was poor and it was one of the reasons of him not having any formal education during his youth. But he did study Bible, along with Arabic and Syriac languages. His mother worked as a seamstress peddler selling lace and linens items door-to-door. He was later introduced to the artist, photographer and publisher Fred Holland Day. Fred encouraged and supported Gibran’s creative efforts and even published some of his drawings on his book covers. However, his mother and brother wanted him to learn their culture and heritage, and so Gibran had to return back home. The next couple of years were one of the most difficult years in his personal life. His sister died of tuberculosis at the age of 14 and the following year, his brother too died with tuberculosis, whereas his mother died of cancer. His sister Marianna supported the family by working at a dressmaker’s place.

Born in an underprivileged and deprived family, Khalil rose to the level of world renowned author and artist despite the adverse circumstances he often landed into. Gibran held his first art exhibition of his drawings in Boston at Fred Day’s studio. He met `Abdu'l-Bahá, the leader of the Bahá’í Faith, during his travel to America in the time period 1911-12. Gibran admired his teachings on peace, but also advocated for the freedom of Syria from Ottoman control. His famous poem, “Pity The Nation” written during this period correctly described his view related to the freedom movement of his country. As an artist, he has also created some of the most fascinating drawing during his lifetime. His best-selling book The Prophet, a collection of 26 splendid poems, has been translated into over 20 foreign languages.

Charles Sumner was a 19th century American politician who was the leader of the antislavery forces in Massachusetts. A powerful orator with strong anti-slavery sentiments, he was one of the leaders of the Radical Republicans in the United Senate during the American Civil War.

A professionally qualified lawyer dedicated to the concept of human equality, he campaigned for many causes including prison reform, world peace, and educational reforms in addition to supporting the anti-slavery movement. Born as the son of a liberal lawyer in Boston, young Charles was inspired by his father who proposed racially integrated schools and believed that everyone irrespective of their race should be accorded equal rights. Sumner received a good education and went on to graduate from the prestigious Harvard Law School. Once on a visit to Europe he observed that blacks and whites lived together in an integrated society unlike in America. This inspired him to become an abolitionist upon his return to his homeland. He entered politics and became a leader of the anti-slavery forces in the Senate.

He became very active in the anti-slavery movement and delivered his first major speech, "Freedom National; Slavery Sectional" in 1852 in which he attacked the 1850 Fugitive Slave Act. A powerful orator, he gave many hard hitting speeches including the “Crime against Kansas" speech in 1856 during the Bleeding Kansas crisis. He also co-authored what was eventually passed as the Civil Rights Act of 1875, working alongside John Mercer Langston, a prominent African American who established the law department at Howard University. Sumner had started work on the Act in the early 1870s but did not live to see its eventual enactment.

4. “The people who are crazy enough to think they can change the world are the ones who do.” ­ 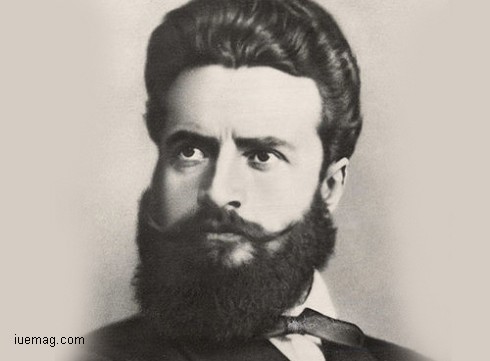 Hristo Botev was a Bulgarian poet and revolutionary who is recognized as an iconic revolutionary amongst the 19th century Post-Liberation intellectuals throughout Bulgaria and the surrounding area. In his home country of Bulgaria he is considered a national hero, as well as a genius and ideologist.

From his beginnings as the son of a teacher, to his early death fighting for Bulgarian freedom against the Ottoman Empire, he cemented his place in history in his home country. He was primarily a self-educated man, reading classics from Russian authors, which led to his mastery of the ideas behind Russian democracy. His education, as well as the philosophies passed on to him from his father helped to create the man who inspired others to fight for freedom. After being exiled from his home country, he built contacts with other prominent Bulgarian nationalists and historical figures. Each of these men played a key role in the fight for Bulgarian freedom.

In 1873, he worked on the satiric newspaper ‘Alarm Clock’ and published political fiction aimed at wealthy Bulgarians. He continued to write poetry with themes such as revolutionary zeal and freedom. In 1875, Botev was elected president of the ‘Bulgarian Central Revolutionary Committee’, which had the task of preparing rebels for future uprisings against Ottoman rule. Botev utilized his skill at writing poetry and his work as an editor at several newspapers as a tool to rally in his home country and fight against the subjugation of the Ottoman Empire. Established in 1972, the ‘International Botev Prize’ is an award acknowledging individuals with significant accomplishments in literature.

5. “The only way to do great work is to love the work you do.” –Steve Jobs

Max Karl August Bruch, (well-known as Max Christian Friedrich Bruch), was a very prominent German composer and conductor who wrote around 200 works, which also consisted of his three masterpieces in the form of violin concertos of which ‘Violin Concerto No. 1 in G minor’ become a major success and significant part of the violin repertoire. His status reflected through his concerts and his remarkable oratorios made him a celebrity of his time in Europe and America.

He underwent his first official musical training under composer and pianist, Ferdinand Hiller to whom Robert Schumann devoted his piano concert. At the tender age of 9, illustrating an astonishing musical talent, Bruch wrote his first composition. He also wrote a symphony at the age of 14 and won a scholarship that aided him to study at Cologne. His works are inclined towards Mendelssohn and Schumann.

Bruch passionately promoted the values of traditional and folk music and strongly opposed the principles of the 'Neudeutsche' composition school. This is the reason why one would find a strong impression of folk songs in his melodies and harmonies. He always refrained from dark and over-serious compositions and popularized lucid forms, harmonious tunes and splendor of sound. His maiden opera, ‘Scherz, List und Rache’ was performed in 1858. Through his promising and satisfying career, Bruch held many conducting positions and even taught for 20 years at the Berlin Academy. His other note-worthy and striking choral pieces include Odysseus (1872) and Das Lied von der Glocke (1879). The music of this choral composer was diverse in nature, showing a methodical mastery in counterpoint, harmony and instrumentation. Today, he is remembered especially for his first violin concerto (1868); two further outstanding violin concertos, the cello variations Kol Nidrei (1881), and extraordinary operas and symphonies.
Get the Latest & Recommended articles in your Inbox

Any facts, figures or references stated here are made by the author & don't reflect the endorsement of iU at all times unless otherwise drafted by official staff at iU. This article was first published here on 6th January 2017.
iU eMagazine
Editorial Team of iU eMagazine
Most Loved On iU
Have something to share? Drop us a line below!
People who loved this also loved