January 9: 5 POWER Lessons From 5 Leaders Who Made History On This DAY!

We certainly know that experience is the key to deeply understand knowledge, no matter how it was learned. But, to be able to prevent as much failure as possible in your future experiences, we bring to you, the lessons from great leaders born this day, whose experiences are sure to help you with yours.
Tweet
Views
1036

1. “You are confined only by the walls you build yourself. There is no limit to human doings.” 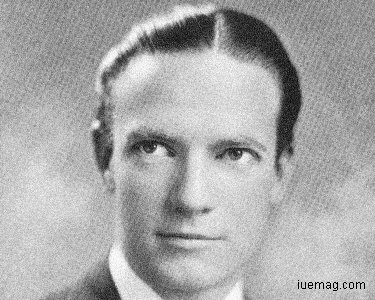 Some lives are too big to fit into one book. Some men cannot be contained by their country of origin. Richard Halliburton was such a man, and led such a life. Born in Memphis, Tennessee in 1900, the well-to-do only child left behind the comforts of home and embarked on a career of deeds which has never been equalled. Halliburton rode an elephant over the Alps, flew a crimson red bi-plane upside down over the Taj Mahal, swam the length of the Panama Canal, explored jungles, climbed mountains, and laughed in the face of danger for nearly twenty years.

During the roaring 1920s and 30s Richard Halliburton crossed the world like a whirlwind, all the while risking his life by performing stunts during the course of his travels like diving into the accursed Mayan Well of Death, not once but twice. He was welcomed by royalty, lived on Devil's Island, and enlisted in the Foreign Legion. Born in the USA, Halliburton called the world his home. His final and fatal adventure, an attempt to sail a Chinese junk, the Sea Dragon, across the Pacific Ocean from Hong Kong to the Golden Gate International Exposition in San Francisco, made him legendary.

Halliburton's exploits made him a living legend and provided five best-sellers to his eager American audience. His literary career developed out of his meticulous logging of events that occurred on his own adventures. His first book, The Royal Road to Romance (1925), a chronicle of his adventures during his travels in 1921–23, was a best-seller for three years and was translated into 15 languages. He was one of the the best adventure travel writers America ever had!

2. “The best way to exhibit your leadership is not by telling someone what to do, but rather by your own personal example.” 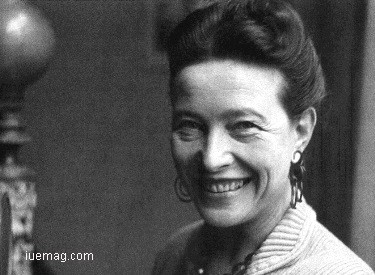 Simone De Beauvoir was a French existentialist philosopher, a public intellectual, political activist and a social and feminist writer. She is well-known for her novels, ‘She Came to Stay’, ‘The Mandarins’ and ‘The Second Sex’. Although Simone did not consider herself to be a philosopher, her substantial contributions to existentialism and feminist existentialism have established her as a philosopher. A significant figure of the 20th century feminist movement, Simone is believed to have laid down what became the basis of the movement.

Her family struggled with finances after losing much of their finances following World War I. However, she and her sibling were still sent to prestigious convent schools. An intelligent child, Simone was always encouraged by her father who boosted her intellectual personality. In 1925, Simone completed her baccalaureate with philosophy and mathematics after which she further studied mathematics and also languages and literature, after which she spent some time at the Sorbonne studying philosophy.

Simone began her teaching career at a secondary school in Marseilles. During her later writing career, Simone wrote excessively about the plight of women and became active in France’s women’s liberation movement. Beauvoir produced a rich corpus of writings including works on ethics, feminism, fiction, autobiography, and politics. Her philosophical approach is notably diverse. In addition to her philosophical pursuits, de Beauvoir was an accomplished literary figure, and her novel, The Mandarins, received the prestigious Prix Goncourt award in 1954. Her most famous and influential philosophical work, The Second Sex (1949), heralded a feminist revolution and remains to this day a central text in the investigation of women's oppression and liberation.

3. “Every time you are being rejected, just know you are actually being re-directed to something better.” 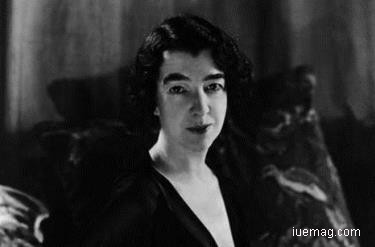 A sculptor, art patron and collector, Gertrude Vanderbilt Whitney was the founder of the renowned Whitney Museum of American Art in New York City. The female artist, known for her large-scale public sculptures and memorials, was by no means constrained by the successes of her various relatives. On the contrary, the iconic figure paved her way in the realms of art and fashion, going down in history books as one of the most influential art patrons of the 20th century.

From Paris to New York City, Whitney spent her early career training at well-known institutions of New York, which allowed young Gertrude to delve into the craft of art collecting and patronage. Whitney’s own collection of contemporary American art grew as she became involved in the New York art world.

She gravitated towards American artists whose works had been snubbed by critics and academicians of the time. In 1929, believing that American modernists deserved greater recognition, she offered to donate her entire collection of about 500 works of American artists to the Metropolitan Museum of Art in New York. The conservative director of the Metropolitan refused the offer, prompting her to form one of the first young artist facilities in Greenwich Village in 1930. The Whitney Studio as it was called would later grow into the famed Whitney Museum, Gertrude’s lasting legacy. She also helped fund the Whitney Wing of the American Museum of Natural History in New York. Even today, the Whitney Museum remains one of the most prestigious art havens in the United States.

4. “Let your passion be the reason for your existence and your successes, the product of your persistence.” 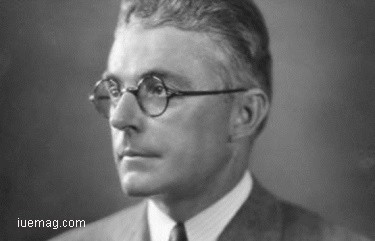 John B. Watson was a pioneering psychologist who played an important role in developing behaviorism. Watson believed that psychology should primarily be scientific observable behavior. He is remembered for his research on the conditioning process as well as the Little Albert experiment, in which he demonstrated that a child could be conditioned to fear a previously neutral stimulus. His research also revealed that this fear could be generalized to other similar objects.

Growing up in South Carolina and having described himself as a poor student, he entered Furman University at the age of 16. After graduating five years later with a master's degree, he began studying psychology at the University of Chicago. Watson earned his Ph.D. in psychology in 1903. Watson began teaching psychology at John Hopkins University. In 1913, he gave a seminal lecture at Columbia University titled ‘Psychology as the Behaviorist Views It’, which essentially detailed the behaviorist position. Watson set the stage for behaviorism, which soon rose to dominate psychology. While behaviorism began to lose its hold after 1950, many of the concepts and principles are still widely used today. Conditioning and behavior modification are still widely used in therapy and behavioral training to help clients change problematic behaviors and develop new skills.

Watson’s book ‘Behaviorism’, for the general reader, is credited with interesting many in entering professional psychology. Following ‘Psychological Care of Infant and Child’ and his revision of ‘Behaviorism’, Watson devoted himself exclusively to business until his retirement in 1946.

5. “Someone is always going to try to knock you down and take your place. It is up to you to fight for what you want.” 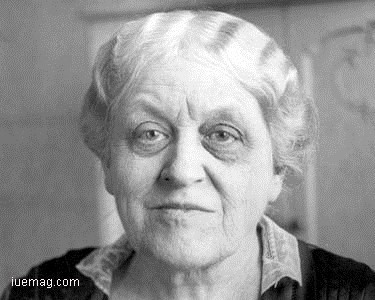 Women’s rights activist and suffragette, Carrie Chapman Catt came up with the “Winning Plan” to pass the 19th amendment in 1920.

Born in Wisconsin, Carrie Chapman Catt worked as a teacher to pay her own way through Iowa State College. She then became superintendent of schools in Mason City in 1883. This was an unusual achievement for a woman of that day, but no great surprise to those who knew her. Bright, resilient, and self-confident, she never acceded to conventions that made no sense to her. She was instrumental to the cause that brought equal voting rights to U.S. citizens. Catt became involved in the women’s suffrage movement in the 1880s. She served as president of the National American Woman Suffrage Association (NAWSA), spearheading the movement with her ability to organize campaigns, mobilize volunteers and deliver effective speeches. Shortly before the suffragists celebrated victory with passage of the 19th Amendment in 1920, Catt founded the League of Women Voters.

Catt believed it was a woman’s natural right to participate in politics on an equal basis with men. If women could vote, she argued, they would become a force for world peace and would help improve the conditions of life for themselves and their children. Above all, she was concerned with women’s dignity. Angry that women had no control over their lives, she felt that political participation would give them a voice in decisions affecting them, enhancing their dignity as human beings. An effective speaker, a brilliant organizer, a diplomat and a politician, Carrie worked for women empowerment and social welfare throughout her life.
Get the Latest & Recommended articles in your Inbox

Any facts, figures or references stated here are made by the author & don't reflect the endorsement of iU at all times unless otherwise drafted by official staff at iU. This article was first published here on 9th January 2017.
iU eMagazine
Editorial Team of iU eMagazine
Most Loved On iU
Have something to share? Drop us a line below!
People who loved this also loved