This is the world of the first intelligent bin. Bin-e recognizes, sorts and prepares for recycling your waste, creating a healthy environment. Read on
This Page Has Inspired
1057
People So Far..
When Jakub Luboński and Marcin Łotysz, entrepreneurs from Poznan, announced to the world that they want to create smart trash bin, capable of recognizing, categorizing and sorting garbage, only few people believed in the possibility of success, let alone invest money in it. They themselves, after nearly a year of seeking help from various investors, were faced with a difficult question - to take a chance and try to put the idea into life, to invest all the collected capital in it, or to resign and return to daily activities, but without passion. Fortunately, they decided to follow their hearts and realize their vision of a perfect trash disposer, which not only would solve the problem of segregation, but also have a huge influence on protection of our planet. 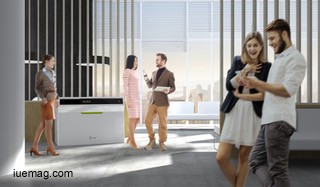 “The road to this point was not easy. We have sacrificed a lot to prove to everyone, but most of all to ourselves and our team, that what we do makes sense. We do know that Bin-e is a genuine solution which will seriously affect the surrounding world” says Marcin Łotysz, CTO and co-founder of Bin-e.

Luboński and Łotysz travelled over 40,000 km through Europe and participated in the biggest start-up events and IoT, to confirm innovativeness and developmental plans for Bin-e. They didn't shun criticism, introducing changes to the shape of the product and taking a different course with regards to the target group of consumers and business model. However, rapidly growing interest from organizers of the biggest technological events in the country and abroad has shown that although there is still much to do, Bin-e is what the future customers are looking for. This led to new relationships with capital partners, leading producers of equipment, and future clients. Furthermore, the proposed solution was appreciated by a few international companies e.g. ACE Creative, Live Science Open Space and Hardware.co. 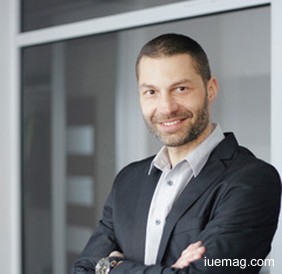 “Due to support of best accelerators in Europe and hard, but also very inspiring networking, we could accomplish final business model and precisely make an action plan and set ourselves new goals. What's more, the opportunity to learn from world-class experts, who are engaged in business e.g. Jonathan MacDonald, Paul Papadimitriou and Gerard van der Hoeven was an unforgettable experience and definitely gave us a lot of energy to continue our work on both prototype and assembling our team” says Jakub Luboński, CEO Bin-e.

The real demand was confirmed by dozens of potential customers not only in Poland but also in Germany, the UK and the Netherlands. Entrepreneurs from Poznań managed to create a pro-ecological solution with real financial benefits, which come from waste segregation and its compression. The analysis of the European markets showed that, depending on the regulations of the particular market, companies can save on waste disposal often several hundred percent per year. Innovativeness  and well-prepared business plan also attracted the attention of potential partners, without whom the construction of the device would not be possible in such a short time.

“Getting partners, with whom we plan to develop our product and build new channels of distribution was equally important as getting an investor. We have known for years, that only a developing, ambitious team can make the creation of Bin-e possible, firstly in modern offices in European cities then in the US” adds Łotysz.
Get the Latest & Recommended articles in your Inbox

Subscribe!
The Polish entrepreneurs had a really tough year. During this year of self-sacrifice they have travelled hundreds of kilometers, have appeared on several dozen start up events and had their presence in Polish as well as foreign media. All this have helped them to go to the next step and start the commercialization of the product.

“We have great partners for future work, an investor, who supports us and has serious plans linked with further development of our product and its implementation to markets abroad. We realize that we would have never achieved so much in such short time if not a huge circle of people, who have supported us from the very beginning. Those people and their faith in us are the fuel we need. Therefore, on behalf of our team and ourselves we would like to thank them all for this wonderful year and we hope that we didn't disappoint them, and they will stay with us for next years” adds Jakub Luboński with smile.
Copyrights © 2023 Inspiration Unlimited eMagazine

This Page Has Inspired
1057
People So Far..
Any facts, figures or references stated here are made by the author & don't reflect the endorsement of iU at all times unless otherwise drafted by official staff at iU. This article was first published here on 16th January 2017.