Pratap Simha - The Karnataka Journalist With A Lion's Heart

A journalist with a sharp eye and focus on the ground reality. A man with a vision for people and heart for the nation. Follow him on twitter at @mepratap
This Page Has Inspired
6193
People So Far..
Introduction
Pratap Simha CK. Deva is a well-known columnist. Now working with "Kannada Prabha" and writing his weekly column on every Saturday under "Bettale Prapancha".(meaning: Naked world) He is one of the most young, aggressive and dynamic journalists from India. 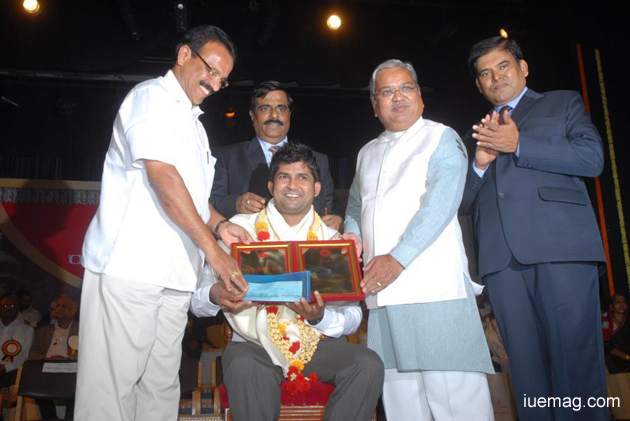 How did you enter the field of journalism?

I never had an intention to enter journalism but I did my masters in journalism itself. It was a coincidence that I came to Bangalore and completed my internship. I thought of preparing for IAS (Indian Administrative Services), but due to financial problems I had to join a job. I was 22 then. When I joined, a columnist had left the newspaper just then, because of which there was a column available. I asked with apprehension for that space and luckily they didn't refuse. I started writing that column.

I was never exposed to traditional journalism. As I belonged to the younger generation, I started writing black as black and white as white according to my conviction. I wrote the truth. I never cared if that hurt someone. I was writing on international affairs. There were attacks on Afghanistan in 2001 and on Iraq in 2003. When Iraq was attacked, few reporters in India protested against America. I wrote an article asking, "Why should we support Iraq?" There were very few people who were interested in international affairs but as I had localised the news, I received a lot of feedback. I also started writing about national issues. That's how my journey in the field of journalism began.

In 2008, I was the first one to write an official biography on Mr. Narendra Modi. He personally got it translated to Gujarati (regional language in India). On 29th of August 2012, I was attacked by the terrorists because I was pretty close to Mr. Modi who is the most hated person in India by the Muslims. I was the first journalist to get targeted by the terrorists. 15 people were suspected and were caught recently.

Do you see any change in today's journalism? Don't you think the field is getting more corrupt day by day?

Definitely yes! A gray-area is a part of any field. Until 1990, corruption never existed in the field of journalism. Even if it did, it was negligible. The top most journalist in India from 1947 to 1990 according to me was Arun Shourie. Why couldn't people grow as much as Arun Shourie could? You can't say much about it. Journalism is not just for the people who have taken a degree in it. All who hold a pen can't be called as journalists. Internet has enabled a new form of journalism. This new media is independent of any business media houses. Everyone has the right to voice out their views. Journalists are compelled to talk things that are backed up by appropriate evidences, thus making the field more transparent. Because of the commenting option today, people can question any piece of news and media is answerable to that. Nobody can escape from public scrutiny, because of which journalists have become much more cautious.

65% of the population in India is less than 35 years of age. This kind of population is more effective and is unbiased. They are educated and not driven by caste. They earn their own bread and butter. So, money also doesn't drive them. Earlier, people weren't exposed to good education but there has been a drastic change in the last 50 years. In the top position you can see people from all communities. People look for good culture and education than caste and creed. People don't care as to who has taken the position of the Chief Minister. What they care is, how much are they benefited. 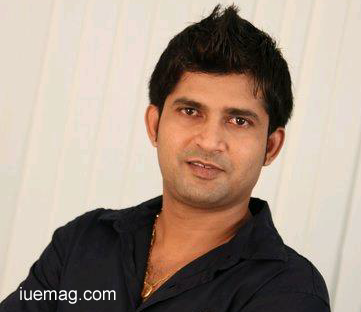 What was the first lesson in journalism that Pratap Simha learnt?

The first thing is that, one should have the courage to communicate. One should have faith in his/her work. One should never compromise. Instead of compromising, s/he can better stop writing. If a journalist compromises, generations get misled by his/her work. He/she shoulders a huge responsibility as his/her article influences many readers. One should be able to understand and differentiate between right and wrong. Being dishonest, unfaithful, untruthful, disloyal or anti-social is never good.

How do you manage to learn so many things and have a track of everything in spite of being so busy?

I choose to read all the time. They say that some books are to be tasted, some are to be chewed while some are to be chewed and swallowed. I keep skimming through many books. There's no point learning when you don't implement it. Few books, few articles always make me think deeper and that provokes the researcher in me. I don't read for writing purpose. I read to know and learn. It helps me enrich my knowledge. When my knowledge gets enriched, it comes in handy for me when I sit to write. Whenever I see an issue, I look into all dimensions related to it and write about the strongest dimension.

How do you feel when you see people respecting and endorsing your write-ups?

When I see people recognising and appreciating my work, I feel definitely happy. But more than that, I feel more responsible. I shouldn't let down my readers.

Which are the awards you have received so far?

Initially, I never used to collect any award. Once my editor advised me and I couldn't take his words off. I received the Young Journalist award. In 2011, only 50 people were honoured with Rajyotsava award in Karnataka and I was the youngest one among them. All others either had an experience of 50 plus years or they were 50 years of age.
Copyrights © 2023 Inspiration Unlimited eMagazine

This Page Has Inspired
6193
People So Far..
Any facts, figures or references stated here are made by the author & don't reflect the endorsement of iU at all times unless otherwise drafted by official staff at iU. This article was first published here on July 2013.