The Recursive WHY: Your biggest boon for Life.

Sometimes it is parents who take our backs when we're taking a fall, sometimes it is what we've read in the books that help us sustain ourselves. Sometimes it is those friends of ours who go to far ends to keep us sane, sometimes it is a video you watch that helps you get back to the game.
This Page Has Inspired
1187
People So Far..
I was watching a video of Sujit sir (founder of IU- www.iuindia.com) on YouTube the other day, where he talks about how to deal with frustrations. He speaks about many things that you can do to conquer stress and frustrations, but one thing just blew my mind.

What I wanted to say after watching it was going to be an article's length, which is why I stuck to brevity in my comment, and am talking about it in this article which is anyways an 'article', which means I don't have to worry about word limit!

You can watch the video here:
https://youtu.be/04AvO7wZ1ho 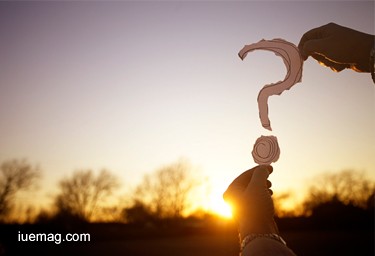 Now, that " WHY!!!" is immensely powerful. This WHY is a key that can open a million doors... What about it, you ask? Sigh, let me explain!

You know that feeling when we find a key we thought we've lost, of a drawer where we'd locked up a thousand memories, unshared to the rest of the world? (The drawings you probably drew for your mother, the songs you wrote for your siblings, the pictures you have of school days!) THAT feeling! And for just ONE drawer, our happiness is unbound! Now imagine, this key can open a MILLION doors-some, where you've gone before; some, where you've hidden your most treasured memories, and many, many you haven't even opened until now, simply because until now the key called WHY was missing!

There's a famous saying that no matter how big the door is, there will always be a small key that can open it! You do not need to put herculean efforts to break the door, you only need to find the key, it is as simple and as complex as that! You will discover that this recursive WHY, when applied to individual lives, is that tiny key which can open huge doors which otherwise would've probably needed a great deal of strength to break down! This is one gem unearthed from the above video, but for a keen eye, there's a mine left unexplored.. So get exploring!
Get the Latest & Recommended articles in your Inbox

Subscribe!
P.S: Thanks to Sujit sir for being someone who's been helping find a lot of such keys to unlock doors to abundance and more, to anyone who has so much as asked for it and acted on what they received upon asking!
Copyrights © 2023 Inspiration Unlimited eMagazine

This Page Has Inspired
1187
People So Far..
Any facts, figures or references stated here are made by the author & don't reflect the endorsement of iU at all times unless otherwise drafted by official staff at iU. This article was first published here on 18th July 2015.
Sandhya Nagaraj
Sandhya Nagaraj is a contributing writer at Inspiration Unlimited eMagazine.