This Page Has Inspired
1717
People So Far..
1. To separate introductory phrases from the main sentence: Knowing Prince Cedric would be at the ball, Lady Charlene chose her dress carefully.

2. To separate two independent clauses: Lady Charlene took a long bath, and she perfumed her hair. These two sentences could stand alone.

3. When opening a sentence with a gerund used to describe action by the subject: Grinning, the servant stepped aside. Breathing hard, he dug the hole deep enough to bury the body. 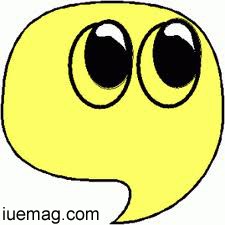 5. To separate dialogue or any quotation from its tag: "You can't mean that," Lady Charlene wailed. OR The King announced, "Lady Charlene will not be attending the ball."

6. To denote a directive from its target: Stop hitting, Jason has a very different meaning from Stop hitting Jason.

7. With an adverbial clause: Although Lady Charlene wished to please the King, she dressed for the ball anyway.

8. To differentiate a clause that conflicts the statement: King Mark was used to having his orders followed, not being ignored by a mere slip of a girl.

9. To set off a non-restrictive clause (aka "which"): The ball, which is only held once a year, was the opportunity many ladies took advantage of to find a suitable husband.

This Page Has Inspired
1717
People So Far..
Any facts, figures or references stated here are made by the author & don't reflect the endorsement of iU at all times unless otherwise drafted by official staff at iU. This article was first published here on June 2013.
Jody Lebel
Jody Lebel is a contributing writer at Inspiration Unlimited eMagazine