Jithin C Nedumala - The Founder of Make A Difference (M.A.D)

"India has some of the best problems in the world and we need the best minds in the world to be working in the social space to solve them." says Jithin, the founder of MAD. Learn about the story of someone who mobilizes large base of volunteers for social impact
This Page Has Inspired
4753
People So Far.. 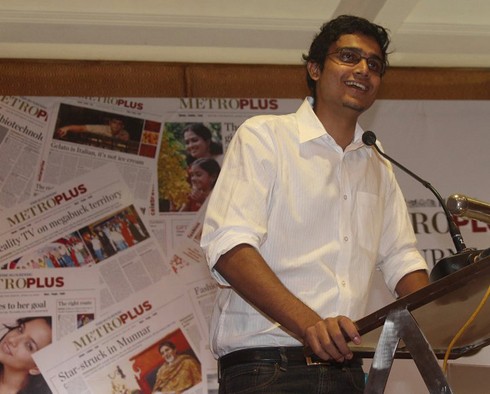 Jithin C Nedumala is the CEO and Co-founder of India's largest youth teacher network: MAD (Make a Difference). MAD (https://makeadiff.in/) employs 2300 high potential college students from top 50 colleges in the country to deliver high impact educational support at substantially lower costs to children living in orphanages and street shelters.
Founded in 2006, today MAD is also India's fastest growing youth organization reaching out to 4500 children in 23 of the biggest cities in India. Mr. Nedumala believes that solutions to challenges faced by children at risk have already been found, and where we are really falling short is in delivering them to the children in a holistic manner.

Mr. Nedumala has spoken on this topic in many forums including Harvard Kennedy School of Government, Indian Institute of Management (Bangalore), Indian School of Business and multiple TedX conferences. Mr. Nedumala is one of the few social entrepreneurs who is personally supported by Mrs. Michelle Obama through her International Youth Engagement Program. Even before Mr. Nedumala turned 24, he was awarded the Ashoka Global Youth Social Entrepreneur award, Karmaveer Puraskar, Cordes Fellowship, Dasra Fellowship and Youth Actionnet Fellowship for his contribution to the society.

Who is your inspiration to start MAD?

Jithin C Nedumala(JCN): During my second year of college, I started teaching a bunch of boys from YMCA poor boys home in Cochin. The most capable kid in my class decided to drop out of 10th standard and started working in an artificial limb manufacturing company because he had studied in a vernacular medium school till 10th standard and after 10th he was expected to study in English medium. This incident triggered me to start an organization which would help vulnerable children achieve equitable outcomes just like the rest of us.

What makes you passionate about your work?

JCN: Imagine somebody gave you the opportunity to leave the world a lot better than you had found it, wouldn't you take it? MAD gave me the opportunity to support and empower the most vulnerable children in India and, knowing it is possible keeps me going.

What do you do in the down time, if you have ever faced one?

JCN: I have had couple of bad days. After a point, I stop thinking about it, read a book, catch up with friends and just relax. The next day, I wake up early in the morning with a clear mind and find a way to work around it.

Do you work continuously or do you work with leisure?

JCN: I literally live in my office. Should I say more!

What type of qualities do you look for in young executives?

JCN: 1. Sense of urgency
2. Ability to get things done without any support
3. Solve problems in smart ways


Q. Which area of business are you concentrating more on?


JCN: I am responsible for the overall organization's performance. I focus on the projects that need to happen a year from now.

Q. What type of executive do you prefer, cautious or maverick?

JCN: Maverick, we need to be open to failure and that's the only way to achieve disruptive results.
Q. How did you reach this position?

JCN: By giving what it takes to Make a Difference and nothing less.

Q. What are your "career aspirations"?

JCN: : I want to ensure that every vulnerable child in India has a safe place to go to. That's probably my career goal.

Q. Do you believe in Luck or Hardwork or both? Why?

JCN: I know luck is going to play a very big role in my life but I believe in hard-work because the effort I put in is one thing that I can control that has the ability to change the outcomes.

Q. What problems you faced while establishing your venture?

JCN: Getting people to take me seriously when I told them that I wanted to change the way India treated its most vulnerable children. They thought that a bunch of 19 year olds wouldn't be able to do it.

Q. Have you ever felt overloaded?

JCN: Quite often, because every year we are doing things which we had never done before.

Q. How do you handle pressure?

JCN: I think of the worst that could have happened and most of the times it isn't all that bad. Hence I don't get worked up about it.

A Message for our readers:

India is 119 among 169 countries in United Nation's Human Development Index (HDI), 2010 due to poor social infrastructure, mainly in areas of education and healthcare.

India has the largest young population in the world; 42 per cent of the population is below 18 years of age but 40% of India's estimated 440 million children are in urgent need of care and protection.

India has some of the best problems in the world and we need the best minds in the world to be working in the social space to solve them. I know they will be solved when the top minds of this country are focusing on solving them. So think hard before you choose your career. What would your legacy be, to solve one of India's most pressing problems or to increase Colgate's market share from 30 to 35%?
Copyrights © 2023 Inspiration Unlimited eMagazine

This Page Has Inspired
4753
People So Far..
Any facts, figures or references stated here are made by the author & don't reflect the endorsement of iU at all times unless otherwise drafted by official staff at iU. This article was first published here on June 2013.