This Page Has Inspired
1085
People So Far..
Life is too short to repeat somebody else's mistakes, you should make your own!

I have been a part of software industry for about 6 years working with three highly reputed MNCs-Novell, Citrix and Amazon. During this journey as a software professional I have accomplished some distinguished feats and also have committed many silly mistakes. While having informal chats at different occasions with different people, I noticed a pattern as they revealed about the mistakes they think they did during their initial years. It's interesting that not only the mistakes made by different people working in different organizations were quite similar but also could have been avoided had someone guided or informed them.

Showing off by trying to write compact, complicated code

While preparing for interviews I had learnt 'cool' things like writing string copy code in just one line and I thought that sort of coding was just brilliant. During the first project I worked on, I invested lot of time and thinking into compacting a piece of code I had written. I dramatically reduced the number of lines and variables while it still worked fine. I felt really glad about it until in the code review, I was asked to rewrite the logic in simpler and easier way that was easy to understand. 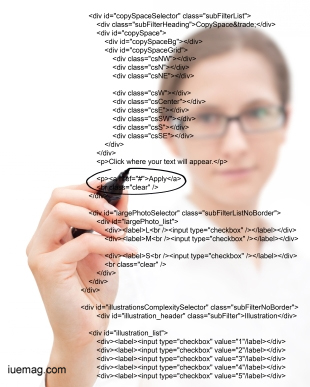 Couple of my friends have also shared similar experiences. Initially I was really enraged and labeled the reviewers as idiots who even after years of experience could not understand and appreciate 'cool' code. Later I realized that code written in simple manner is easier to understand, easier to review, easier to debug, easier to appreciate and when required easier to handover. Better code means the one that doesn't have bugs and performs well. Unless you are coding for certain fields like Firmware drivers, physical network components, Graphical Instructions systems etc, few number of lines here and there don't really matter.

Therefore, it would be a sincere suggestion to practice coding which is simple, straightforward, easy to follow and understand. Though it is good to know 'cool' tricks, you really don't have to showcase them at work. I write and structure code in such a way which one can easily walkthrough and understand on his/her own.

Keep watching for more. If you are keen on learning more about the better software development practices that you can start following right from the college days, do get a copy of my first book "Hello World - Student to Software Professional" published by Partridge (A Penguin Random House Company). Now available worldwide on all the MAJOR ONLINE Stores - Amazon, Google Play, Flipkart, Barnes & Noble and many others.
Copyrights © 2023 Inspiration Unlimited eMagazine

This Page Has Inspired
1085
People So Far..
Any facts, figures or references stated here are made by the author & don't reflect the endorsement of iU at all times unless otherwise drafted by official staff at iU. This article was first published here on 4th June 2014.
Ashish Vaidya
Ashish Vaidya is a contributing writer at Inspiration Unlimited eMagazine.