Stimulating lives with the 'P's: Patriotism and Peace - Aya Chebbi

Here is a young woman from Tunisia, who has been the reason to inspire and change hundreds of thousands of lives of the youth of Africa. Having faced all kinds of challenges as a woman and as an activist, she has continued to empower the world through her initiatives. Read on, to learn from her story of crossing the challenges to achieve greater visions!
This Page Has Inspired
1297
People So Far.. 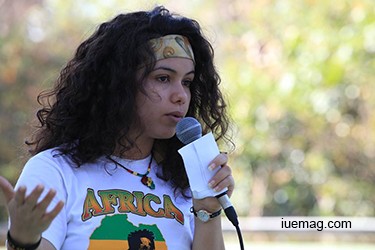 Meet Aya Chebbi, 28, from Tunisia, Pan-African feminist activist and blogger. She is also the founder and Chair of the African Youth Movement. “We, as young people from all over the continent continue to share the same struggle - economical, political and others. African youth’s marginalization is an issue that should be worked on. The African Youth Movement started as a facebook group that has had many inspiring young Africans from around the world. Slowly it grew when we all came together and discussed about solutions to these issues. We wanted to join forces, connect and create a new movement. The movement now has young visionaries who are working towards Africa’s political and economic development” is the history she shares, behind the start of African youth movement. 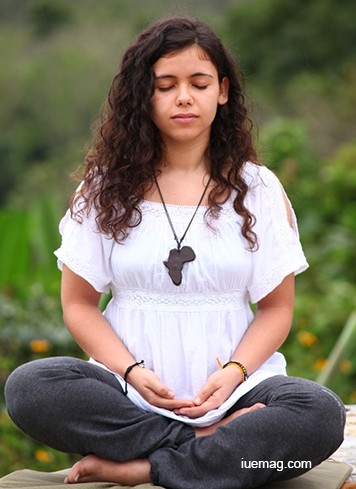 Aya has been involved with various networks, supporting social causes. She is also the co-founder of VOW (Voice Of Women) initiative. She previously worked at the refugee camps during Libya’s civil war, at Bureau de Cooperation Tunisie-Denmark on youth development projects in Tunis, and at the Carter Center monitoring 2012 Egyptian Presidential Elections, in Cairo. She currently sits on the Board of Directors of CIVICUS World Alliance for Citizen Participation and joined the Interim Working Group of Africa Civil Society Initiative led by Dr. Kumi Naidoo. While she was traveling around the world, her passion to fight for social justice increased. But, there were many challenges that included criticism, political pressures, managing family and work, among others.

“Speaking of challenges, being a woman and in a leadership position is in itself a challenge. There are more people who are not ready to accept women in leadership roles. Being a female activist is the next challenge. There is already a lot of struggle that is involved in fighting for justice and again, being a woman and doing this, is not at all easy. There is still a need for safety and security, especially for someone of my age. Then comes the family – My mother feels that I need to get married, have a stable job and settle with a family. To convince her about the importance of being there for the people was hard as well. To be out there and say I am a Pan African as someone from Tunisia is definitely not easy either”. She also adds, “The passion to bring social justice is the reason I am able overcome all these challenges. If you have a vision and are all set to flourish it, then one can achieve anything in this world. It is also important to surround yourself with a support system. When I say ‘support system’, it also means, having mentors in life. Having mentors who can help you and guide you at what you do is very important. Choosing the right mentor is equally important!” 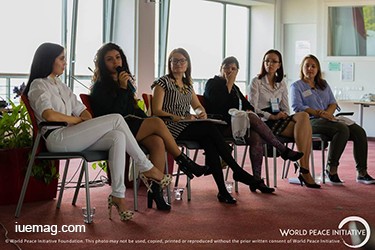 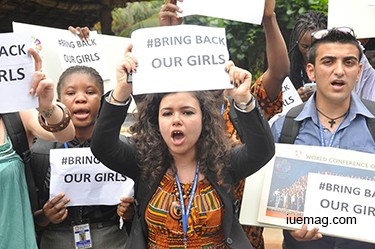 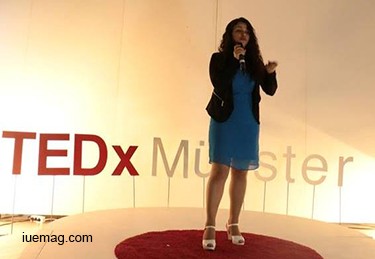 As Aya said, attaining the work and life balance needs extra care. There was a point when she herself felt she could not handle it anymore. That was when she was introduced to yoga and meditation. “Meditation teaches organized life through organized mind” she says, “I was a very angry person during my college days. When I began to meditate, it began to open mind to appreciate everything around me.” Each encounter in her life led to the other and likewise, her interest and her passion has now led to her being the Director - Strategic Planning and Development at World Peace Initiative Foundation, which helps individuals work on their self development. “We are next organizing the Peace Revolution Summit in the month of February 2017, where we shall create an opportunity to gather peace activists and visionaries from different domains to share their stories, experiences and help inspire everyone towards the vision of world peace. We have always seen in many conferences where networking and building association becomes the major agenda for attendees. Here, besides networking we shall also focus on self-development. We have also organized the regional summits; the European Peace Summit was the first one and the African Peace Summit is next before the Peace Revolution Summit. We are sure to spread the vision further in the upcoming months” states Aya.

In the year 2013, she was recognized as Africa's most Outstanding Young Women leaders and was also honoured as the Young Achiever of the Year 2015 by the Forbes. She also received the Excellence in Leadership Award from the African Viewpoint Journal 2015 and was listed among ‘Top 100 under 40’ Most Influential Arabs by ArabianBusiness.  She was recently awarded the 2016 Inspirational Woman of the Year at the Women for Africa Awards. Aya has travelled to more than 20 African countries working with young people and supporting youth movements. Her incredible journey of being able to fight amidst all challenges, to be able to raise voice for justice, to not let herself down at any situations, to believe in huge visions that was not accepted by many, is not just inspiring, but has also created a path to let more youth to believe and work on bigger visions. Young achievers like herself certainly are a ray of hope to many youngsters, especially women from around the world who are willing to fight for social justice.

Drop your comments for any associations with Aya Chebbi and our team shall help you connect.
Get the Latest & Recommended articles in your Inbox

This Page Has Inspired
1297
People So Far..
Any facts, figures or references stated here are made by the author & don't reflect the endorsement of iU at all times unless otherwise drafted by official staff at iU. This article was first published here on 6th June 2016.
IJ Kavyashree
IJ Kavyashree is a contributing writer at Inspiration Unlimited eMagazine.