Innovation Challenges The Corporate Longevity Of The Large Businesses

This Page Has Inspired
1054
People So Far..
The storm is coming and a red alert has been issued for executives of large companies. Forecasts predict they may lose control of their firms in the future. The world is changing and external factors affect large businesses by slowing their growth and disrupting their influence. A strategic readiness study says that growth strategy is being undermined by day-to-day decisions inside companies and that too many companies are lacking a coherent vision of the future.

Standard & Poor's (S&P), the world’s leading index provider, predicts a challenging future for the companies on its top 500 list. S&P has been providing financial market intelligence to decision-makers for more than 150 years, meaning that their words have some weight. 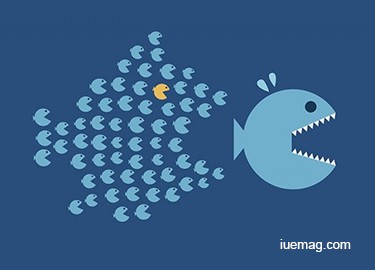 It is predicted that lifespan of large enterprises is going to drop significantly by 2030. Each year, companies drop out from the S&P 500 list being replaced by new entries. According to some statistics, in 2015, 28 firms were replaced on the list. Back in 1958, a company could easily expect to stay on the list for 60 years, whereas today the average lifespan is only 18 years.

For instance, big players such as H.J.Heinz, US Steel, Dell Computers and The New York Times have been replaced by young but rapidly growing companies like Facebook, PayPal, Trip Advisor and Netflix. One of the reasons for that may be that mature companies are lacking the ability to create new markets and new products because they are too comfortable in their own niche. By missing new opportunities, the firms create a gap which gives an opportunity for the new businesses to jump in in the market and gracefully enter the S&P 500 list.

The current changes are not catastrophic just yet because the business world tends to have life cycles. Those cycles usually reflect the state of the economy or disruption by technology. The latter factor is an important one, as more young companies are moving towards innovation and set it as their top priority. They attempt to create a revolution by achieving tech breakthroughs, nurturing social media culture and introducing the whole new world of cloud computing. Another force that helps to create new entries is the rise of the startups with billion dollar private valuations which are also known as 'unicorns'.

For instance, Hewlett-Packard sells computers, laptops, and printers. People still buy those products, but they are not buying enough to secure the company's growth in the future. There has been a shift towards the fast-growing technologies such as smartphones and tablets, which gain much more interest from the consumers. HP is still strong but has started to shrink.

Additionally, longevity continues decreasing because of the intense M&A activity. It intensifies because businesses either start struggling and later they are bought out, or, they merge with others because they are not growing fast enough. 2015 was a record year for M&A deals, with more than $5 trillion announced deals.
Get the Latest & Recommended articles in your Inbox

Subscribe!
As the situation is escalating quickly, in order to stay big, businesses need to consider abandoning their old strategies and markets and enter new ones. Balancing on the edge does not provide rapid growth and an advantage over the new fast-growing companies.

At the Chief Innovation Officer Summit Singapore, you can learn much more emerging topics alike facing today’s business leaders. The summit prides itself on bringing together the most influential C-suite executives, creating a premium platform of networking, knowledge-sharing and peer-to-peer communication. For the summit schedule, please click here. Alternatively, please reach out to the Events Manager Ryan Yuan at ryuan@theiegroup.com or +852 5808 1636.

This Page Has Inspired
1054
People So Far..
Any facts, figures or references stated here are made by the author & don't reflect the endorsement of iU at all times unless otherwise drafted by official staff at iU. This article was first published here on 4th June 2016.
Pearl Cheng
Pearl Cheng is a contributing writer at Inspiration Unlimited eMagazine
Unverified