Does The Theory Of Disruptive Innovation Work In Reality?

This Page Has Inspired
1096
People So Far..
The theory of disruptive innovation was introduced in 1997, by Harvard Professor, Clayton Christensen and is based on the idea of innovation creating a new market with a value network in order to disrupt an existing market and value network, displacing established market leaders and dominant alliances.

Unfortunately, in practice, it is not as easy as this. The theory often becomes a victim of its own success. Despite broad dissemination, the theory’s core concepts have been widely misunderstood and in the result, it has created a problem. Thus, it raises a question whether the theory can be widely applied. 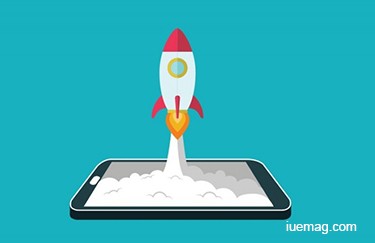 The first misunderstanding comes directly from the term itself. People sometimes use ‘disruptive innovation’ to explain any condition that has shaken up an innovative industry, which is wrong. Not all innovations can be disruptive, even if they are revolutionary. A simple example is the invention of the automobile. The innovation wasn't disruptive because automobiles were luxury items and weren’t affordable for everyone. As a result, we can’t say that it had disrupted the market for horse-driven vehicles. Having said that,we can see that in order to apply the theory, an understanding of it has to be clear.

Over time, the large companies who have already conquered the market start focusing on high-profit opportunities and the highest-end customers. They still improve their products and services but they become unaffordable for the full customer spectrum. Low-end customers, in this case, are being ignored, yet, they are still looking for the product which can satisfy their needs and interests. At that point, there is an opportunity where a disruptor can jump in. But simply improving the existing market and offering a lower price on a similar concept, is not disruption in the classical sense.

If we apply this theory to the modern business environment, we will see that Uber is not disruptive, whereas Netflix is. Clayton Christensen writes that if a business wants to be disruptive, it must gain a place in a low-end market that had been ignored by the incumbent in favor of more profitable customers. Or, a disruptor must create an entirely new market, where they turn non-customers into customers. If we fit Uber into this example, it doesn’t tick any of the boxes. The company targets existing taxi services and it doesn’t provide any particularly low-end experience.

On the other hand, a ‘classic’ disruptive model is Netflix, a platform which has changed the way we watch films. At first, Netflix was not particularly appealing to those who used Blockbuster, a dominant movie rental chain. The problem was that customers wanted an instant gratification when choosing films. Once Netflix improved its quality, it has managed to not only create its own audience but also has attracted Blockbuster's loyal customers. Blockbuster’s fate was unavoidable, and eventually, the company announced its bankruptcy, listing assets of $1.02 billion against $1.46 billion of debt in 2010.

Theories are useless if no one challenges them. What if disruption theory doesn’t work? Some experts suggest that the theory sounds appealing but it doesn’t have grounds to call itself revolutionary because it cannot prove its widespread usage and can be only narrowly applied. A study published in the MIT Sloan Management Review assumes that the majority of the cases Christensen writes about, do not fit the model.
Get the Latest & Recommended articles in your Inbox

Subscribe!
The author lists 77 examples where the theory can be applied, although, some researchers claim that the theory was only successful in only 7 cases. Also, they suggest that the disrupted companies may have contended with the challenges of the innovation but they weren’t pushed out of the market by it. For instance, Christensen wrote that ultrasounds disrupted X-ray technology by offering a new approach to screening. But in fact, X-ray machine makers had an arguably greater innovation when producing a more sophisticated alternative - Magnetic Resonance Imagery (MRI), which is now one of the essential screening techniques in medicine.

Whether the theory is only useful for a specific segment, businesses and young entrepreneurs don’t want to give up on it. The theory creates an important motivation for startups by suggesting that everything is possible if you manage to find a gap where you can jump in and fit your innovative product.

At the Chief Innovation Officer Summit Singapore, you can learn much more emerging topics alike facing today’s business leaders. The summit prides itself on bringing together the most influential C-suite executives, creating a premium platform of networking, knowledge-sharing and peer-to-peer communication. For the summit schedule, please click here. Alternatively, please reach out to the Events Manager Ryan Yuan at ryuan@theiegroup.com or +852 5808 1636.

This Page Has Inspired
1096
People So Far..
Any facts, figures or references stated here are made by the author & don't reflect the endorsement of iU at all times unless otherwise drafted by official staff at iU. This article was first published here on 3rd June 2016.
Pearl Cheng
Pearl Cheng is a contributing writer at Inspiration Unlimited eMagazine
Unverified