The initiatives are designed to help increase the overall GDP of the economy. However, the priorities are slightly misplaced. We have taken up the growth of GDP as our top priority. Is it really appropriate to focus on GDP?
This Page Has Inspired
1058
People So Far..
The sole objectives behind implementation of GST is to ensure that more and more small entrepreneurs and traders are covered by the tax structure. The intentions are clear - to increase the GDP of the country. The objectives are targeted towards growth of the economy through increased tax collections and through increased expenditure on infrastructure development.

The initiatives are designed to help increase the overall GDP of the economy. However, the priorities are slightly misplaced. We have taken up the growth of GDP as our top priority. Is it really appropriate to focus on GDP?

Many experts have found negative relations between overemphasis on GDP and overall happiness of people. The overall happiness of China has continuously decreased during last 25 years while the GDP has increased tremendously during this period. The experiences of other similar countries is also telling the similar story.

American Economy gave over-emphasis on consumption and the result is visible today - people have compiled massive resources, but they lack happiness. Over-emphasis on consumption doesn’t always lead to happier people. Countries like Norway have emphasized on savings and thereby they have enabled people to build strong support systems which have enabled them to survive any economic recession. The economies like Norway have invested on education, health, basic infrastructure and thereby built happiness economies of the world. 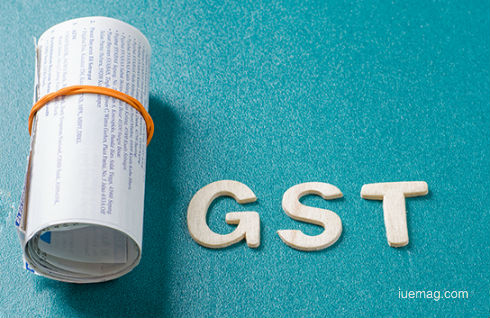 We need to take inspiration from our next door neighbor Bhutan, which has been emphasizing on Happiness. Long back when the world was blindly running after GDP, Bhutan insisted on happiness and stood firmly on its grounds. Ultimately the world had to accept the importance of happiness.
Recommended Article: Benefits of GST
From 2012, the UN also adopted happiness as a standard measure and started releasing world ranking of economies on the basis of happiness. Bhutan still continues to invest heavily on education, skill development, healthcare, overall happiness of the citizens.
We need to understand that our priorities should be towards converting millions of unemployed youth into entrepreneurs. We should focus on building & empowering our youth towards creating a brighter future through innovative business ventures. If young entrepreneurs spend all their times in understanding intricacies of tax systems and in government compliances, how will they focus on innovations and creativity?

Poor people help the poorest directly and indirectly. If a poor person gets Rs. 1000, he spends it on essentials, which ensures that this amount is distributed among poor persons thereby helping the poor people at large. A slight help to poor person would result in reduction in overall poverty and increase in happiness. However, any help to the richest people would go in vain. If you increase the income of richest people by Rs. 1000, the money would be spent on luxury and would result in increase in income of other rich people, thereby increasing the rift between haves and have-nots. The mission of the tax system is to mobilize funds from the richest and spend the same for the empowerment of the poorest.
Get the Latest & Recommended articles in your Inbox

Subscribe!
Any initiative to help the large organizations would kill small creative organizations. Small organizations may not be able to contribute substantially towards tax, but they contribute towards employment generaion. Small entrepreneurs procure their resources from nearby units, thereby they support the local cottage industries. They help in creating a fabric for entrepreneurship and creativity.

Before independence, the people of India realized that they can oust Britishers through economic boycott. They tried to support local entrepreneurs through Swadeshi movement. This movement essentially built a spirit of trust and collaboration among people. People used to buy goods from their next door neighbor.

However, after independence, the priorities have changed and now large companies and organized players are supported and encouraged. This results in breaking of the age old support systems. We again need to revitalize the Swadeshi movement, which would re-build the fabric of healthy business relations between local entrepreneurs and local communities.

GST should not lead us to shifting of priorities. We need to focus on HST rather than GST. H stands for Happiness, S stands for Swadeshi and T stands for Technology innovations.

If you have things to share about GST or contributing views about this article here, feel free to share in comments below or tweet to us @iUeMagazine. You can also reach us with your inputs on our facebook page.
Copyrights © 2023 Inspiration Unlimited eMagazine

This Page Has Inspired
1058
People So Far..
Any facts, figures or references stated here are made by the author & don't reflect the endorsement of iU at all times unless otherwise drafted by official staff at iU. This article was first published here on 5th July 2017.
Dr. Trilok Kumar Jain
Dr. Trilok Kumar Jain is a contributing writer at Inspiration Unlimited eMagazin