July 20: 5 POWER Lessons From 5 Leaders Who Made History On This DAY!

All of us are good at desiring but not all are good at deserving them. Some of the achievers who were born this day dreamt, desired, aimed, fell, rose and never stopped achieving ultimately. Demonstrating the true path leading to success, they left us with thought provoking and life-changing lessons. Read on!
This Page Has Inspired
1036
People So Far..

1. “Change if you want to experience ‘better’ in your life. But never do it just because the situation demands.”

Whenever you take a step or make a move, ask yourself if you are doing it wholeheartedly or just for the sake of it. Be clear in your decisions. Life is collection of situations, which demand your changed behavior. Changing according to situation cleverly helps you sustain the toughest of the toughest circumstances which revolve but the change due to your attitude doesn’t remain long if your behavior was not a result of your choice. If your existing style and way of life never brought in betterment in your life, then changing yourself and switching to something that welcomes improvement is always recommendable. Live to find a better version of you, every minute. ‘Getting better’ means ‘growing higher.’ If a lump of clay never accepted to undergo the changes in its shape, size, texture and color when the molder modeled it, no lump would turn into beautiful masterpieces.

John Reith, 1st Baron Reith never hesitated to change as his dream was to better his life. He was expected to carry strict Presbyterian religious convictions forward into his adult life. Change for better was what he believed in. After serving as a part time soldier without having any broadcasting experience, he entered as a general manager at BBC (British Broadcasting Company Ltd.). The British broadcasting executive who established the tradition of independent public service broadcasting learnt and coped with ways which could make a difference.

2. “Always remember that you will definitely be successful. It is just that life is giving you a little more time to plan your success celebration.” 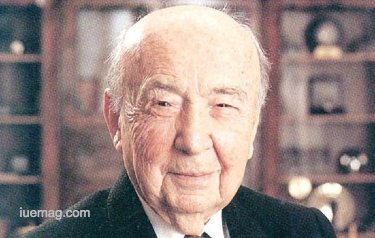 Every time you fail, tell yourself that you’ve got some more time to master and learn to pave a path that directly takes you to success. The one who is the most deserving is someone who wins essentially and undoubtedly. When a shooter misses to fire his target and if he gives up the next second, how do you really think that he can proceed towards winning? He lost a chance to win but he ended up gaining ample amount of lessons and guidance regarding the way of aiming, triggering, facing the target and looking at it. Failure gifted him an entire winner’s encyclopedia; learning and delivering quality and improved attempts to crown his performance with victory would become very easy. When you win in your first trial it is indeed wonderful but when you win after you fail, it means that a better you has become the winner.

Failing never meant that Vehbi Koç could never win but it meant that his victory was procrastinated for his own well. The Turkish entrepreneur and philanthropist was the founder of the Koç Group, one of Turkey’s largest groups of companies. He began by working in a small grocery store. He rose after falling and fought after failing. It was this attitude of his that made him establish his first firm. Working as a local representative of Ford Motor Company and Standard Oil, he gathered many enterprises under his company. Being one of Turkey's richest citizens, he also an Eye Bank.

3. “Your thoughts align you with your inner self. What you think right now forms the basis for your next thought.” 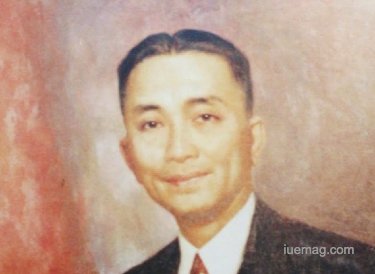 Your thoughts describe your personality. Your actions are mere reflections of what you think. Life is only about implementing your thoughts into actions to find a way to reach your destiny. What you think is purely a result of your persona. Every quality attribute that makes yourself and life depends on your thought process. A well established and brilliant detective thinks in terms of suspecting, understanding, analyzing, interrogating and predicting to catch the culprit whereas a layman thinks in terms of feelings and emotions. The detective used his/her mind to think whereas the layman used his heart. Both of them thought but the way of thinking decided their position. Your first thought is like a warm up for your next one. Series of such positive, optimistic and change-bringing thoughts play a major role in discovering, shaping and aligning your inner self.

Eugenio López Sr. raised his every action by planning it in his mind. Thinking in terms of what would help him, the leading figure in the Philippines was also called as the Father of Philippine Television. Holding the pride of founding the Lopez Group of Companies was a result of using his mind power in cultivating an apt thought process. The first president of the Rotary Club began as a provincial bus operator. he supported his life by thinking about how he could invite success.

4. “If you want to reach the shore of success then you got to swim across every tide in the ocean amidst all the dangers and difficulties.” 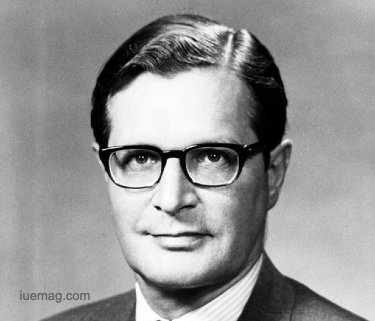 Winning, gaining and celebrating are the sweetest, craziest and the most adorable presents which each one of us crave for and look forward in life. Even when the destination is very clearly visible to us and even when it is within the sight of our reach, we cannot always smoothly and straightly move and own our destiny. Life tests us, raises all the quests and obstacles and watches how we overcome all of it. When the shore of success is very near to you and when you have to swim a little more to reach this shore, nature wakes up to introduces you to an achiever’s life. You deserve to celebrate your victory when you create a path out of all the dangerous crocodiles living in the water by stepping on them and ultimately reach the shore. Finding way under the light offered by the lighthouse of hope and determinations helps you undoubtedly attain success.

Reaching his destination called success, Elliot Lee Richardson joined hands with courage and willpower to dive through struggles and miseries just to fulfill the essence of his life. The American lawyer and politician was a member of the cabinet of Presidents. The Secretary of Health, Education, and Welfare demanded all his determination, patience and offered a challenge at every single instant which he went through. Excelling at managing such huge responsibilities was possible for him only because he accepted, faced and learnt from the problems and troubles which he had to encounter.

5. “Never lose out on what’s on plate while you are busy dreaming bigger and aiming higher.” 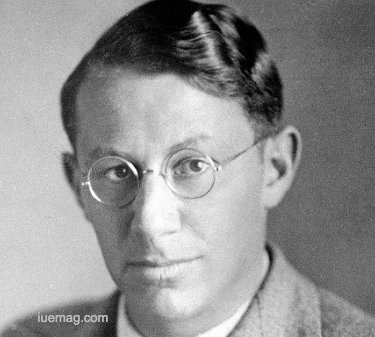 As we all know, we always focus on gaining extra or something more than what we have already. Planning about the future definitely uncovers the concern which you have upon your life. But living in the present, discovering your capabilities and performing by giving your best in what you have to do help a better and satisfied life to embrace you entirely. You can reach a higher position on the progressive ladder only when you successfully climb the step which is right in front of you. Unless you work and learn from the levels lying in front of you, you cannot successfully reach the top level of life. Concentrating on what is on plate, accepting, working and excelling at it knocks better opportunities and a better life. Rather than overlooking, receiving and working on what you have at that instant of time always takes you higher.

Tadeusz Reichstein framed and built his life using his present opportunities. He looked at where he was in order to move towards where he wanted to be. The Polish-Swiss chemist and the Nobel Prize in Physiology or Medicine laureate never missed the moon while counting the stars. He worked on synthesizing vitamin C (ascorbic acid) which is now called the Reichstein process, without overlooking on his bigger tomorrow. Recognitions and elevations decorated his life automatically when he accepted the small but transforming opportunities.
Get the Latest & Recommended articles in your Inbox

Subscribe!
Conclusion: Everybody are blessed with the same life. The way each one of us live it is what makes it different. When you’ve got the hold of the path that takes you to success, when you know what is required to traverse along the this path, then what is stopping you from lighting your life with success? (Source: wikipedia.org)
Copyrights © 2023 Inspiration Unlimited eMagazine

This Page Has Inspired
1036
People So Far..
Any facts, figures or references stated here are made by the author & don't reflect the endorsement of iU at all times unless otherwise drafted by official staff at iU. This article was first published here on 20th July 2017.
iU eMagazine
Editorial Team of iU eMagazine