July 24: 5 POWER Lessons From 5 Leaders Who Made History On This DAY!

Inspiration is everywhere. You only got to find it. Achievers found inspiration everywhere because they fill their minds completely with ways to achieve. Here is a something that helps find loads of inspiration from every move, decision and attempts they made and every step they took. Read on!
This Page Has Inspired
1031
People So Far..

1. “Time is a super healer but a super killer as well. Value it and worship it but alongside, utilize it to the fullest the taste the sweetest fruit of success.” 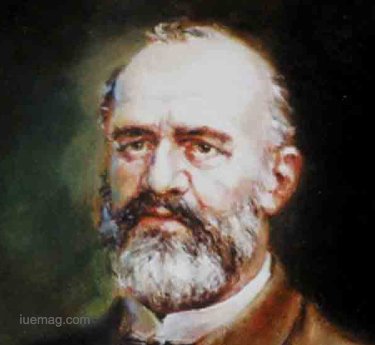 Time heals everything and all of us aware of this fact. But always remember that time can also be a super killer. It is only entity which can reach both the extremities of positive and negative which disguising itself, transforming itself or reforming itself. It is the same and exists on its own terms irrespective of anything and everything that happens in life. Time doesn’t wait for any but you got to either wait for the right time or convert the existing second to the right one. It all depends on your perceptions and beliefs. Valuing this supreme entity is indeed important but you also got to compete with it, use it and keep track of it as well. Never waste this wonderful and gorgeous entity which builds successful world when used in a right way.

Jan Gotlib respected time but at the same time, he also managed to gain value for all that he did. He went on with his every move by keeping time in mind. Following the principle of speed and action, Polish banker and railway financier devoted his private life to the study of modern industrial warfare. Concentrating on multiple facts, multiple domains and on multiple routines, he achieved success by organizing his life. He knew that time would become his saviour if he followed it and at the same time, he also understood that time would become a threat.

2. “Follow the rules but makes sure you don’t blindly stick to the stereotype prevailing in the society.”

Following the rules and regulations is good but remember that leaders make their own set of rules and set a stereotype for the world to follow. Such trends which are set by them are often wise, knowledgeable and helpful when followed. Rather than blindly following the set of practices which we all usually do, take some time to think and analyze the importance of all that you are asked to follow. Try and come up with improvements, revisions and make the world understand the purpose of practicing and following the already set rules and regulations. Be the one among those who set rules for themselves, follow it, act by knowing the transparent and clear meaning of it all. You cannot fetch anything that helps you increase your level of understanding and widens your prospect by following anything blindly just because another person followed. Make sure you consciously think before you make any routine, a practice.

Respecting and following the set trends in the society, Henrik Pontoppidan understood them. Not all attempts to bring about a change really work. Understanding the same, the realist writer shared with Karl Gjellerup the Nobel Prize for Literature. Establishing a new fact and making the world accept it is certainly not an easy task. As a writer and as an interesting figure, he created his own style of contemporary life. Though young, he was the most influential in his specialized skills.

3. “Take risks at early ages of your life. Face and win challenges right now. Stay prepared because you never know what you got to see the next moment.” 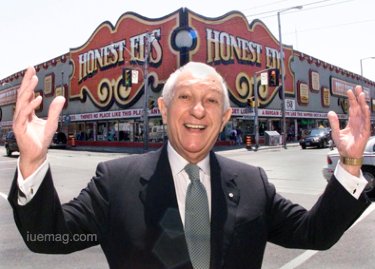 Live your life to the fullest possible. Always remember that you can always work to the hardest level and go to any extent just to get your task done. It all happens at early stages of your life. You can achieve every single dream, aspiration, desire and any goal of yours only when you pour blood and sweat; dedicate your heart and soul to it. This is possible only when you are ready to take risks and stand beyond the limitations which would otherwise serve as obstacles. Even before your mind acts, your hearts exhibits commitment and perseverance to explore, act and take steps towards your destiny. All of us want to reach our destination fast in order to taste success. It is all decided by how ready you are to take risks, face challenges and live life according to how you want to. Always remain on the safer side by starting early because you never know if you are given another opportunity to achieve what you want to.

Ed Mirvish started early but was very much prepared to work, risk and succeed. The American-Canadian businessman, philanthropist and theatrical impresario was known for his flagship business. The passionate artist was instrumental in revitalizing the theatre scene. He was prepared to overcome failures. Not everything worked during his beginning attempts. As we already know, achievers fail better every time they fail. Similarly, he too not giving up, improved his attempts by learning after failing.

4. “One discouraging statement can distract you and divert you from traversing the path of success. Better be deaf to the negative world until you reach your destination.” 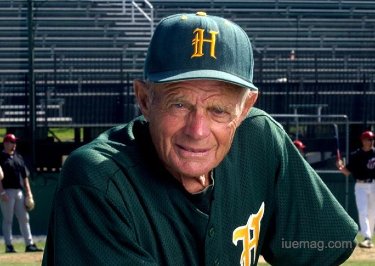 One comment can stop you from taking the step which you are about to. Criticism may even end up ruing your life by wasting it. Never waste the life which you are blessed with by spoiling it or staying idle, doing nothing throughout your life. Its okay if commit a mistake; you got to start at some point of time in life. It is a must. Make space for positive, encouraging and goodness-filled words to enter and reside in our mind. Let yourself not get disturbed or negatively provoked by listening to pessimistic words and feeling the negative vibes. Ignoring serves as the best medicine to cure all the problems. Go ahead and win all that you wish to. You can easily be diverted from your way when you give ears to hindrances and negative words.

John Winkin literally numbed his ears when there was anything negative or retarding which was to reach his ears. The American baseball coach, scout, broadcaster, journalist and collegiate athletics administrator led the University of Maine Black Bears baseball team to six College World Series berths in an 11-year span. At age 87, he was the oldest active head coach and stood as an inspiration to the whole world. Winkin also made his first foray into coaching, becoming manager of the American Legion baseball team in Englewood.

5. “You can grow better when you work for your passion and not only for money.” 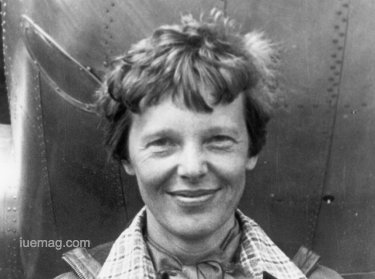 Money is definitely required in life. But always remember that there are lots of things in life which money cannot buy. Money is needed but is not everything. However, we usually excel in all that we do when we chose to work for passion and not just for money. You are paid for all that you do for sure; if not through money then you are sure to be rewarded by anything that takes you forward. You grow more and faster when your interest, passion and dedication rule your actions. Every wholehearted deed is always rewarded. It may not always be in terms of money, but it adds a lot of goodness to your life and enables you to reach success undoubtedly. The more you follow your passion the better is quality of your growth. Stick onto passion and watch yourself growing and reaching the peak of contentment.

Amelia Earhart put in blood, sweat, heart and soul into her work. The American aviation pioneer and author holds the pride of being the first female aviator to fly solo across the Atlantic Ocean. She broke many other records and took a lead in her domain. How did she manage to succeed in it all? It was only because she was passionate about what she was doing. She focused on growing tall rather than gaining materialistic rewards like money.
Get the Latest & Recommended articles in your Inbox

Subscribe!
Conclusion: Strive, try, fail and win! Winning can happen only when you struggle, attempt and make a mistake. Not hesitating to fail, you are sure to win if you learn from your failures. It is all about failing better the each time you fail.

This Page Has Inspired
1031
People So Far..
Any facts, figures or references stated here are made by the author & don't reflect the endorsement of iU at all times unless otherwise drafted by official staff at iU. This article was first published here on 24th July 2017.
iU eMagazine
Editorial Team of iU eMagazine