July 25: 5 POWER Lessons From 5 Leaders Who Made History On This DAY!

Every star in the dark sky twinkles its light of glory because every star is meant to radiate light in its own way. Similarly, we humans are also meant to establish our success signature in our own way; it isn’t a choice. In order to make it happen we got to learn, invoke and implement ways and methods which were followed by some successful people. Read on!
This Page Has Inspired
1055
People So Far..

1. “Try constantly, repeatedly and consistently; you can never win unless you try.”

Inventions never take form all at once. It is the quality of repeated improvisations and dedicated learning process that make it happen. When one of the renowned scientists invented the electric bulb, he failed 1000 times and won the 1001th attempt. He didn’t lose 1000 times but he actually found 1000 ways which should not be followed to invent a bulb. Positively speaking, he lit the world by showing the methods which are not supposed to be followed so we can directly go along the way that takes us to success. His 99th approach was certainly better compared to that of 98th. Similarly, his 1000th method was more compatible compared to 999th. It was all because he consciously learnt, acted, implemented, by gaining right and apt knowledge from what made him fail in the previous attempts.

Following the only mantra, ‘try and try until you win,’ Frederick Blackman never gave up. The British plant physiologists never stopped when he failed for the first time. After studying medicine and graduating MA, he spent a lot of time studying natural sciences and stayed dedicated in conducting quality research in discovering plant physiology, in particular photosynthesis. Scientific facts cannot be revealed and understood all at once. Understanding the same, he also tried and learnt after failing. He laid a standard for the world to follow in order to reach success.

2. “You got to fight for what you want. it is one of the best ways to append achievements and celebrate your life.” 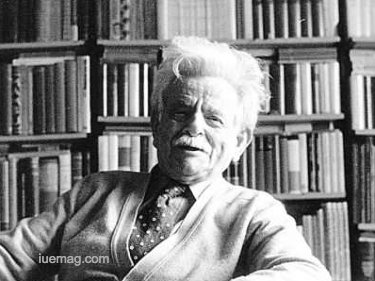 Always remember that nothing can ever stop you from winning if you really want to. If you really have the hunger to prove yourself, then you would surely end up finding ways to satisfy your hunger at all cost. A fish takes effective and sufficient care in being alert and safeguarding itself from the fisher’s net. Though the stream of fresh water is its home, the fish is not necessarily safe all the living in its house. But do you think a fisher’s net or a shark’s hunger can stop the fish from swimming through every drop that made the stream? The fish wants to survive badly and it will definitely fight for it.

Elias Canetti charged his mind up and paved a path to get what he wanted. The German language author was a modernist novelist, playwright, memoirist and non-fiction writer. He won the Nobel Prize in Literature for his unwavering writings which had broad ideas and artistic powers. He was only seven years old when he lost his father. But this never stopped him from exploring and joining a business which lifted him up. Subsequently studying and learning different languages and literature. He went on to develop skills and succeed at what he wanted so. A highly awarded German language writer certainly is an inspiration for the rest of the world to follow.

3. “Never hesitate to fly high across the clouds in the blue skies of challenges. Courage is the main ingredient for victory.” 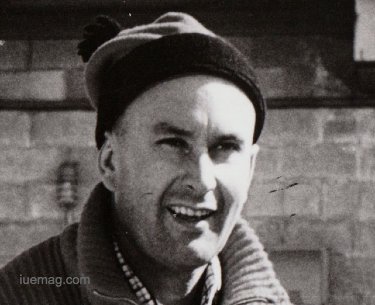 You got to face hurdles, challenges or difficulties which come across your life. When you have a smooth road which has a carpet of petals spread over it, then how can your feet feel the dust of the earth? The smell of the soil forms the essence of natural perfume which takes you journey forward. Anybody can reach the peak of the tallest of the tallest mountains of success provided; there is enough faith, guts and confidence in heart. Amidst the hindrances, negative vibes and fear, the young bird flaps its wings and to rise from the earth in order to experience its first flight. If the bird was influenced by inferiorities, then it wouldn’t have flown high to touch the sky. Remember, success always waits for you. You got to add the ingredient of courage to your moves to meet the most awaited success.

Lionel Terray, the French climber made many first ascents, including Makalu in the Himalaya and many more who was one among those who was courageous to not just face life but also to frame it. The climbing guide and ski instructor, Terray was active in mountain combat and he became well known as one of the best Chamonix climbers and guides. His speed and actions were the major attributes which helped him grow to the tallest extent and taste success.

4. “Devoting your entire life to what you worship further glows your identity and takes you higher.” 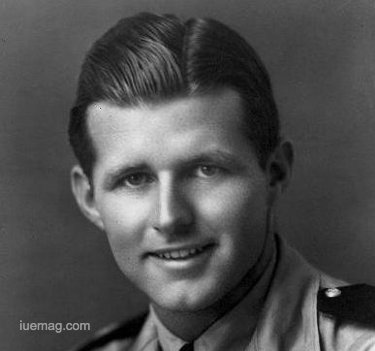 Do what you like. Love what you do. When you do what you love, you shall never feel that you are working. When you are supposed to work on what you are assigned, then you definitely need to dedicate your life for your work. Not good but better results come into picture when you value, respect and worship whatever you got to do. Success automatically comes into your way and decorates your life when you bring in quality, excellence and love to it. Work not for the sake of it but because you really want to do it. Despite all the skills, determination, courage and strengths, you may not grow elegantly when you don’t like what you do. Choose to work towards your passion and you will see your identity growing.

Joseph P Kennedy Jr lived as a role model and as a source of inspiration for the entire world to look upon, follow and value. He never worked but he just acted a little more towards worshipping what he loved. He loved to protect and defend his nation. Fighting for his people, his country and his satisfaction, he greatly strived for it all. He considered defeating the country’s enemies as his responsibility and he abided by the same. The United States Navy lieutenant sacrificed his life serving as a land-based patrol bomber pilot. He was posthumously awarded the Navy Cross.

5. “If you really want to go out of a dark room, then you shall somehow open the door to welcome light into your life.” 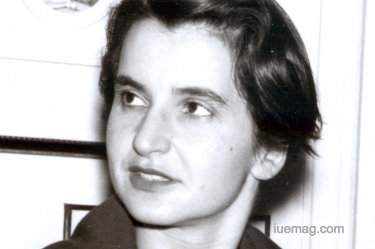 The key to open the door and welcome an opportunity is all in your hands. Always remember that if you really want something, you shall certainly end up getting it. No life can be alive on this earth without breathing. You breathe because you really want to live. It is because you want to live that you breathe. It is all the same; you will somehow find some way to live, win and celebrate success if you desire to. Inhaling and exhaling is a routine which you would follow every minute because you want to, need to and crave to live ever after, happily and healthily. Breathing is one such way which you have found in order to live. In the same way, working hard, bearing pain and facing challenges could be the keys which an aspiring writer finds in order to succeed.

Rosalind Franklin was locked up in a dark room when he was aligned with problems, difficulties and hindrances. The English chemist and X-ray crystallographer opened the door of darkness to welcome light by learning her interests passionately. She made contributions to the understanding of the molecular structures of DNA, viruses and many more. Her works about life sciences fetched her lot of recognition and appreciation which she cherished for her entire life. Her attitude to learn more and more was the major reason for her to reach success.
Get the Latest & Recommended articles in your Inbox

This Page Has Inspired
1055
People So Far..
Any facts, figures or references stated here are made by the author & don't reflect the endorsement of iU at all times unless otherwise drafted by official staff at iU. This article was first published here on 25th July 2017.
iU eMagazine
Editorial Team of iU eMagazine