July 7: 5 POWER Lessons From 5 Leaders Who Made History On This DAY!

Uncovering the truths and facts can be easily and efficiently done when the lives and stories of the experienced are referred. This is one such write-up which reveals the facts about success and also helps you how to reach it. Read on!
This Page Has Inspired
1031
People So Far..

1. “Finding reasons for not doing things is easy. But, life is not easy always. Start preparing to face the tougher side of it too.” 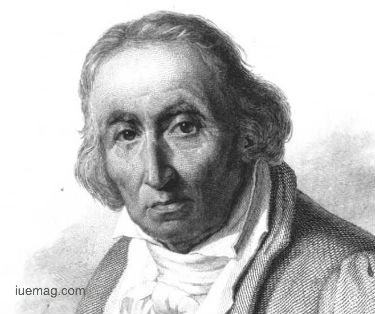 There is nothing great about not doing things which support your growth, not making a difference and not impacting the world. Most of us live this way. This is the reason why the world has less of achievers, change-makers and inspirers. There are very less in the society, who wants to portray their unique nature to the world. Why is this? It is because of the hesitance and ignorance. It is very easy to escape from responsibilities and give reasons for not doing them. When we are very good to search and make excuses with so much patience, why can’t we use this talent in finding out the reason to grow, learn and achieve? You may feel that not taking a risk makes your life easy but the actually risk is in leading life without risk. Life is not the same always. It may be easy today but you got to prepare yourself by deciding to grow and succeed when life offers a tougher side of it for you to face. 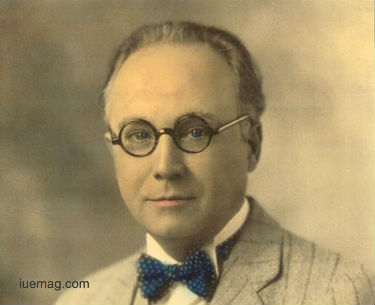 You are born merely as an individual and not as a professional. You are further raised into a good person and you are taught about the same. It is all to make you a better person, a better individual and a better human being. Before growing into an achiever, a professional and a doer, we got to grow as better individuals. Only a better person grows into a better personality. Skills are always there; you only got to develop them. Study yourself and identify the skills which turn you into an individual. However, the best way to lead your life and make it meaningful is to add develop values, good habits, positive views and quality attributes and append them all to your character while you live. The same forms the real integrity and fetches you satisfaction of living a contented life.

Otto Frederick Rohwedder built himself well as a person as the person in him had to turn into a personality. The American inventor and engineer created the first automatic bread-slicing machine for commercial use. He then started learning how to trade. Alongside, he studied optometry and used all of what he learnt to invent and carve his signature; he used his work with watches and jewelry to invent new machines. This was how he ended up developing the bread slicing machine.

3. “When you consider failure to be an opportunity, you will discover that you’ve not lost anything but in fact, you’ve gained a chance to prove yourself better.”

Failure is not when you lose; it is when you give up and stop after you lose. Whenever you fail, make sure you turn yourself into an optimistic personality to extract all the benefits that the failures have to offer you. Firstly, learn that the failure which you encounter in your life is a weapon that helps you bombard a better you to the society and makes you show what you are and who you are. Each time you fail, you are given a better chance to mend yourself. A failure is an opportunity for you to learn from in order to win and keep winning the rest of your life. Talent, skills, exposure and experience, nothing matters if you don’t receive your defeat with sportsman’s spirit. Your attempt, way of life, tackling and facing problems and challenges get better when you learn from your previous attempts. Failures are the best teachers to learn every lesson to win.

Camillo Golgi loved his failures once upon a time in order to ultimately love and worship the victories which came into his life. He was an Italian physician, biologist, pathologist, scientist, and Nobel laureate. Several structures and phenomena in anatomy and physiology are named for him, including the Golgi apparatus, the Golgi tendon organ and the Golgi tendon reflex. Isn’t this the ultimate success? The greatest neuroscientist and biologist managed to earn it only because looked at all his failures as opportunities for him to win.

4. “Your life is nothing but your choice. You live what you choose.”

Life is believed to be predesigned by nature. It may be a stereotype. Life is actually not predefined because it is we, our thoughts, dreams, actions and ambitions which make our lives. A teacher teaches, guides and preaches all the students in the class equally; he/she mentors every student in a single standard way. No student is taught less or encouraged less. Yet after caring, loving and giving them more than what has to be, only one person tops, few get ranks, very few pass while the rest fail. If life was predefined, then either all had to top or all had to fail. The topper chose to study, learn and prove. While those who failed took their lives lightly, chose not to work hard but to enjoy and chose not to use this life as an opportunity to succeed. It is in the way you chose and what you chose. Life is not a choice but the way of living certainly is.

Egbert Brieskorn believed that there’s nothing called faith that exists. He rather believed that life would get created according to what you choose. He was neither born as a winner nor as a looser. He was born as a chooser who chose to succeed. The German mathematician introduced Brieskorn spheres and the Brieskorn–Grothendieck resolution which were the major contributions to the domain of mathematics. He received his doctorate and welcomed new opportunities to grow more.

5. “Let go of things which you cannot change; forgive those who are sorry and forget those who don’t care to accept their faults and apologize.”

Life is about moving on and not pausing to handle everything that disturbs you. In the course of this long journey called life, many things happen and many lives come and go. Some things needs to be changed but not all try to while some cannot be changed but most worry. You prove to live right when you bring about the change which is positive and acceptable by the world. There is no point in putting your journey on hold just to try and change the unchangeable. Mistakes happen! We all commit sins but very few realize their mistakes, learn from them, apologize for what they’ve done and never repeat them. Those are the set of people who deserve to be forgiven. When you forgive others, the value of your personality also increases. You grow tall as a better person. Never think about those who are ignorant about all the mistakes they do and not even bother to improve. So, forget such people and move on! Its okay if this attitude of theirs’ hurt you. But you got to walk and it’s not an option to succeed.

William Feller constantly focused on improving his life by not bothering about unchangeable things. He forgave people to better his heart. The Croatian-American mathematician specialized in probability theory and emerged as one of the greatest probabilists of the twentieth century. He is remembered for his championing of probability theory as a branch of mathematical analysis.
Get the Latest & Recommended articles in your Inbox

Subscribe!
Conclusion: Live your life to the fullest. Love your life wholeheartedly and ask yourself questions which make you not just think but also introspect to find out and realize the basic purpose of living your life. Nothing happens without a purpose; find out what is your life-purpose and make your life meaningful.

This Page Has Inspired
1031
People So Far..
Any facts, figures or references stated here are made by the author & don't reflect the endorsement of iU at all times unless otherwise drafted by official staff at iU. This article was first published here on 7th July 2017.
iU eMagazine
Editorial Team of iU eMagazine