July 8: 5 POWER Lessons From 5 Leaders Who Made History On This DAY!

All of us want to live in a like-minded environment. As we are positive and as we always want to achieve, we look for people with similar thoughts. Read inspirational articles like this one to fall into a supportive, encouraging and optimistic environment.
This Page Has Inspired
1025
People So Far..

1. “You can’t really appreciate happiness when you don’t know what sadness is. You got to walk through the dark to understand what is light all about.”

You cannot really grasp the fact that sugar tastes sweet if you’ve not known how bitter tastes. You can never value the greatness of achieving if you are not struck with failures. The beauty hidden in the universe and the nature’s creation cannot be respected unless you are introduced to the awful experiences which are ruled by the negativity. You cannot feel the contrasting ability of optimism when you haven’t met pessimism. Until and unless you pass through these bitter valleys of darkness, failures and grief and negativity, you cannot enjoy the universe’s scene from the mountaintop. The peak of the mountain is the destination where success lies and you got to trek all up to it by entering and leaving all the phases of life. This how you can actually understand and respect what life is all about. When your life is made of both pressure and pleasure, don’t you think you remain incomplete as a person if you do not experience both?

Jyotirindra Basu suffered to enjoy the pure feel of contentment. The Indian politician belonging to the Communist Party of India (Marxist) from West Bengal served as the Chief Minister of West Bengal. He was the longest-serving Chief Minister in the country's history. He crossed all the valleys of opposition in order to fight against the British raj. Greatly influenced by the communist party of Great Britain, Jyoti Basu laid his first track in politics; his effort to organize the Indian students studying in United Kingdom, mostly for the cause of Indian independence was appreciated. He joined India League and London Majlis.

2. “When you want what you want badly then you will somehow find way to get it.” 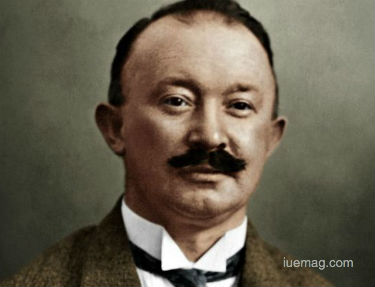 When you dream of something and if you want it badly, you will transform this dream of yours into aims. Tell yourself that fulfilling life-ambitions is what your complete focus has to be laid on. Now you’ve got a purpose for which you are supposed to live and die. Make this purpose your breath and breathe the attempts which enable you to achieve your aims. When the desire and urge to achieve your dreams become the oxygen which got to breathe in to survive, you are sure to earn what you want at all cost. Can you live without breathing? No! Similarly you cannot live without achieving and winning what you want if your dreams and aspirations form your breath. In order to survive, you will somehow find methods to breathe; you will somehow find ways to make your dream come true.

Hugo Boss made it a point to live only to make his dreams come true. He was a German fashion designer and businessman. The founder of the clothing company Hugo Boss dreamt to start business of his own. Studying fashion designing alone doesn’t help you in any way to start up. Having no glimpse about how to become a successful entrepreneur, he began his journey. Lack of knowledge, confidence, lessons and guidance never mattered to him as his aim was to produce shirts and jackets and then work clothing, sportswear and raincoats.

3. “The more you worry the more you complicate your life. Keep your life simple because simplicity wins always.”

Achiever’s life is the life which is as clear as a crystal and simple as that of a new born. When things are easy, understandable and positive, the simplicity in your life itself illuminates your personality and helps you glow as a winner. Complaining, condemning, grieving, worrying, feeling sad, criticizing other’s opinions, commenting on others attempts and filling yourself in with unwanted bad and downgrading thoughts increase the amount of negativity which gets deposited in life. This negative vibes can turn off the light produced by the positivity. This further prevents you from living your dreams. Never generate hatred, anger, frustration and hard feelings in your heart. Keep your heart light to keep your life simple. When your heart gets filled with optimism and confidence, you will dive deep into the oceans of simplicity to touch the coral of success.

Ferdinand von Zeppelin simplified his life by living and concentrating on his life rather than that of the other’s. He was clear about what he had to do and hence he never let anything other than what would guide him into his life thereby, keeping it simple. The German general and later aircraft manufacturer founded the Zeppelin airship company. He began by serving the army. His first ascent in a balloon had been the inspiration of his later interest in aeronautics.

4. “You dominate not when you are powerful but when you fear that you are not strong enough to control the situation.” 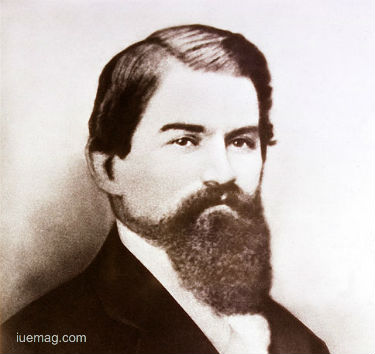 When a smile can chase away hefty problems, do you think it cannot convince a person’s mind? Things get worse went you raise your voice, try to gain control or order the reality to behave how you want it to. Don’t forget that every life around you is equally valuable and respectable just like that of yours. We got build the world together. You got to lead others and not rule over them. Only when we want the society to listen to you, only when you want to dictate the world and only when you feel that you are superior over others, you start dominating. Dominating and controlling others is not power. Convincing, making people understand and bringing them to the right path is what power is. Those who use this power wisely would later be called, leaders. Dominating is the way which is used to safeguard one’s ideas and thoughts and implement the same even when there are not feasible; people dominate when they feel that situation is going out of control. Rather than dominating, pleasing the world would be the right approach.

John Pemberton ruled the world through his product and continues to till date. But, he ruled not by dominating but by attracting the world by introducing something new to it. The American pharmacist began experimenting with coca and coca wines, eventually creating a recipe which contained extracts of kola nut and damiana, which he called Pemberton's French Wine Coca. Pemberton's medicine was advertised as particularly beneficial for people. Pemberton decided then to sell it as a fountain drink rather than a medicine. This eventually became the Coca-Cola.

5. “Trying to change people doesn’t help you in any way. You got to accept them and make them change themselves.” 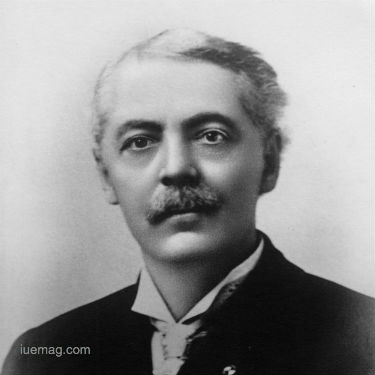 When you scold a baby when it does something wrong, does the baby realize its mistake? Do you think the baby will correct itself? Not really! Change never happens at a shot. When you are not happy with the people around you, when you feel things are not happening according to how you want them to and if you see the wrong prevailing in the society, a change must indeed happen. You can essentially become the reason for the change but you going and changing is not the right approach at all. Some things and some people never change even after correcting them, lecturing them and showing the right path to them. Don’t waste your time on such people. First, receive the world as it is wholeheartedly. You got to go into their shoes in order to bring them to your way. No human remains unchanged when he/she is told about what they are doing and what has to be done and what their role in doing what is has to be done. This makes them change themselves and improve the world.

Eli Lilly was an American soldier, pharmacist, chemist, and businessman who founded the Eli Lilly and Company pharmaceutical corporation. He began to run a plantation in Mississippi, but it failed and he returned to his pharmacy profession. He accepted his failures and tried to grow before he would attempt to change the world and direct it towards winning. He pioneered in creating gelatin capsules to contain medicines and developing fruit flavorings. He later started changing the world by engaging himself in numerous philanthropic pursuits.
Get the Latest & Recommended articles in your Inbox

Subscribe!
Conclusion: Focus on what’s on plate and create your successful life. Don’t miss out on this moment. Every moment brings a different growing opportunity or learning opportunity; both lead you to success. Be sensitive and sensible and chose the best to lead your life.

This Page Has Inspired
1025
People So Far..
Any facts, figures or references stated here are made by the author & don't reflect the endorsement of iU at all times unless otherwise drafted by official staff at iU. This article was first published here on 8th July 2017.
iU eMagazine
Editorial Team of iU eMagazine