Welcome to the Empowered Living Show with my guest Barbara Semple. She says, "give me 10 minutes and I'll show you how you can immediately shift your pain". Today, we'll be talking about relieving chronic pain. Barbara will talk about what you can do to get more pain relief right now and how to avoid the biggest mistake that keeps you exhausted and stuck in chronic pain.
This Page Has Inspired
1195
People So Far..
Empowered Living Show

Barbara, the Empowered Healing Mentor is a powerhouse! With 40 years of study and practice of mind-body therapies, Barbara has written several holistic health books including the award-winning, bestselling book called, Instant Healing - Accessing Creative Intelligence for Healing Body and Soul. In addition, Barbara has written Soul Aerobics® - Conscious Movement of a Soul into Wholeness, an autobiographical book about her Soul partnership in dealing with serious illness, and, her very popular Personal Power Cards – Flash Cards for Emotional Wellness, which uses color, geometric symbols and affirmations to support whole brain healing of emotional pains. Having empowered tens of thousands to expanding awareness and greater confidence for living life well, Barbara coach’s women, and men with challenging, busy lives to harness their natural abilities for lasting relief from chronic pain.”

Barbara was born into her body with a strong spirit. Her childhood was awful with a few generations of alcoholism. She never felt safe. She believed she had to do everything on her own. When she was 17 she moved out of the house. She kept moving farther and farther away from her family because she needed to find out who she was without the conditioning from her past. She felt for half of her life there were terrible memories that kept looping. She couldn’t get rid of them and they would drain her of her joy and cause her pain. 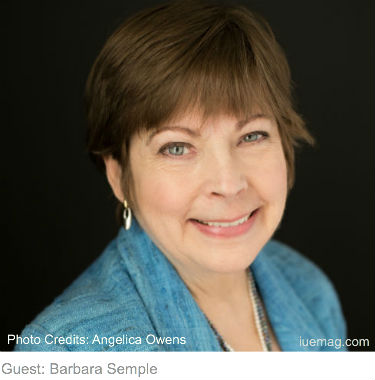 One of the bright spots in her young life was at the age of 15 when Sister Marian gave her a journal. She is still writing in that journal 50 years later. She realized that writing became a way for her to get to know her inner self, her spirit and her soul.

The Event That Changed Her Life

When she was 34 in the prime of her life, she was slammed down with severe rheumatoid arthritis and a nasty strep infection. She nearly died. She was in intensive care for 5 and sent home with a large bottle of Prednisone. She thought that after she finished it, she would be done.

Barbara went from being very active playing racquetball 5 days a week, playing singles and doubles tennis and skiing to crying all the time and not being able to open a door knob by herself. She had to move in with her mom, dad and dying grandmother. She didn’t realize the seriousness of her illness. She didn’t know if she could ever work. A friend made her car payments for 9 months.

The rheumatoid arthritis was the worst and best thing that happened to her. Before that she felt plugged up with other people’s junk that she was carrying around. She knew none of it was her own. She knew that her soul was in charge. Barbara feels she would have been long gone if she didn’t have that sense that she was being cared for.

She went to a lot of different doctors. They didn’t know what they know now. She went to Stanford Medical Center and they could only give her medications including a chemotherapy drug that made her feel like her veins were on fire. Her inner voice urged her to find some alternatives.

Letting Go of the Past

She went to the Acupressure Institute and learned about meridians and energy healing. She spent time on releasing shame and abuse. She got into a co-ed therapy group to heal the inner child. She cried and raged every week for nine months. Her joints were visibly red hot. After nine months, almost to the day she knew she had finished that piece of her past. She went through 5 years of talk therapy and 5-6 years of receiving Jin Shin Jyutsu sessions a few times a week. These were helpful for her as they allowed her to open up and understand who she really was. This was a huge turning point for her. She feels there were so many miracles in discovering herself and being in partnership with her soul. Now she uses some of these techniques to empower her clients.

The Pivotal Point in Her Healing

Twelve years after her diagnosis she found a rheumatologist that offered her a drug that she could learn how to inject twice a week. She feels it’s important to use whatever helps- whether western medicine or complimentary alternatives. This rheumatologist was pivotal in her healing. He told her how bad off she was and everything that was wrong with her including the beginning stages of organ failure. She was told she had a few years to live. Barbara felt absolutely terrible when she left his office. She was terrified of needles and she was hesitant of injecting the drug. She knew she didn’t’ want to fit into that terrible diagnosis label but rather expand into the infinite possibilities of somehow getting better with her soul-self which had been missing from the doctor’s picture. 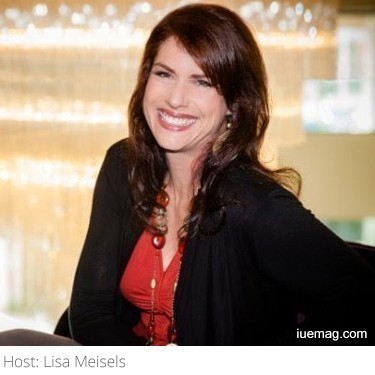 What she learned from her studies in NLP, cognitive therapy and Eastern philosophy was that you don’t have to be attached to the suffering. She decided she was going to stop saying the words that were the label of her diagnosis. She was adamant about not saying “my rheumatoid arthritis”. Barbara acknowledges that many of her breakthroughs have come from the anger she has blasting through to the truth. Doctors, pharmacies and others around her would talk about her “having” rheumatoid arthritis.

Barbara feels that it was important for her to know what her diagnosis was and she is thankful for all her doctors. She realized that she needed to leave the label at the door. She needed to stop owning, possessing and identifying with the critical label she was given. She refused to accept it. That one thing which is the rarest secret was enough to shift her pain level. She started calling what she was dealing with “a happy joint project”. This has neutralized the identification of her diagnosis. She now has been willing and able to allow the Universe to support her body’s natural ability to heal.

From Unlovable to Lovable

When Barbara first met her husband and before they were married, he knew there was disturbance in her health. For a while she was in a state of remission and as soon as they moved in together her disturbance became full blown. She kept questioning her husband’s reason to love her and be with her. She didn’t want him to be saddled with her and gave him permission to break up with her. She realized an important key that she teaches her clients which is that she was vocalizing to her future husband that she was unlovable because she was dealing with something. Once she realized this she gave her future husband one more chance to get out of the relationship because she knew she was lovable and she was not a disease. At one point, she asked him why he loved her so much. His reply was “for someone who has an immobilizing disease, you move forward faster than anyone I know”.

She encourages her clients to start where they are. Barbara condenses the learning process so it doesn’t have to take those she works with 40 years like it took her.

Barbara explains that the biggest mistake keeping people who are in chronic pain exhausted is thinking that they must do everything by themselves. She says that when you are in pain, you don’t have any extra energy. Your soul is working in the background but your body is getting your attention. She understands from her own experience that when you’re in the thick of it, your world is as big as where you are right now. When Barbara was in the thick of it, her world was as big as her bedroom. She didn’t’ want to go anywhere and she was miserable. She believes that autoimmune diseases are emotionally based. She understands what others go through in each stage of the process.

Subscribe!
Barbara gives listeners a healing touch quick-step to reduce pain: Using both hands, cross your hands in front of your arms and place your flat palms on your opposite elbow crease. Exhale. Gently hold your elbow creases, relax and you’ll notice your breathing changes, your skin tone changes as you project out that you are tired of things the way they are and I’m ready to change them now. This is a place of personal power. Breathing brings in more vitality and reduces pain.

The Partnership that Increases Vitality

Barbara knows that there is an entire invisible world of infinite life force available for your healing. She believes that you can choose to begin a conscious partnership with your soul, your body, your mind and your spirit to relieve your pain and move into vitality. She explains that there are many ways that you can help yourself without lifting a finger. And when you do lift y our fingers there are many more ways. Barbara has spent 40 years discovering the tools and she loves to help people find relief. She would love to be your empowered healing mentor and grow into what empowerment really is and let it be visceral and ecstatic.

Download Barbara’s Free Gift: "What Doctor’s Don’t Tell You About Chronic Pain That Keeps You In Chronic Pain”

One thing Barbara is passionate about is dropping medical labels. She wrote an e-book called “What Doctor’s Don’t Tell You About Chronic Pain That Keeps You In Chronic Pain” which is available at www.empoweredhealingprogram.com/chronicpain/.
Watch the SHOW!
Copyrights © 2022 Inspiration Unlimited eMagazine

This Page Has Inspired
1195
People So Far..
Any facts, figures or references stated here are made by the author & don't reflect the endorsement of iU at all times unless otherwise drafted by official staff at iU. This article was first published here on 5th July 2017.
Lisa Meisels
Lisa Meisels is an Online Visibility Strategist for Health & Wellness Coaches.