Have you ever seen musicians turning into magicians? Here is a story of young minds who have cast a spell of magic through their unique style of music, on every listener and are continuing to. We all dream, we chose to grow but what do we really do to reach our high aims? Many times, we don’t really progress in the direction of growth though we are committed and dedicated. Reasons may be many; inadequate guidance, lack of encouragement and many more. I got a chance to meet a set of young spirit-filled enthusiasts who believed in their inner strength to live their passion. These talented set of passionate youngsters shared their experiences, lessons and success formulae which are essentially required for us to excel at what we got to. Here is more to it!
Tweet
Views
1356

Striving hard to abide by their likes and achieve all their aspirations, the Indian fusion musical band named, 8 GB Ram never gave up when their very first onstage performance was a mess. Using courage and dedication as their winning ingredients, they believe that it’s the passion that makes you a winner rather than talent. The team, inclining towards learning constantly and consistently, stands as an example for holding the integrity of excellence. Beginning as a team of 5, the team is now a set of dedicated and passionate 8 magicians who are glittering the essence of music, namely, Raghavendra Hegdekatte – vocalist and an acoustic guitarist, Suhas Chetan - the violinist and backing vocalist, Sanjay Sridhar - keyboard player, Sanjith Kadam - keyboard player, Larwin Jonathan - drummer and percussionist, Anusha Manchi - female flutist, Winston Terrence - bass guitarist, and Rahul Shivkumar on darbuka and cajon.


Nothing in life is easy! Hardships and challenges are inherent in the journey of each one of us. Our duty is to not run away from hurdles but to chase them away. Yes, it is indeed our duty because achieving what you want to and serving the purpose of life is more important than worrying about the problems which always creep into our lives. “Not always are our performances applauded; negative comments followed us as well. But our desire to continue to rock transformed all of them into aids for learning and weapons to build ourselves” says Suhas. 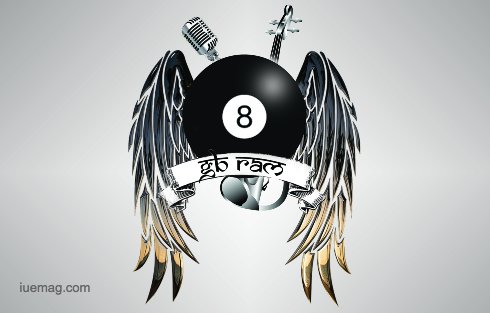 The story behind the formation of this brilliant Indian classical fusion band, the 8 GB Ram is quite interesting. Time is always there, we only got to see it being there. This was the cause for something very astonishing to happen: since one of the musician of the band uncovered the truth of having been left with a lot of time, he stimulated his idea of forming a band that could bring a highly intensified ray of melody not just to the ears of the music-lovers but to their hearts as well. This was when a group of like-minded and committed talents came together and this was how the magic started. “We believe in winning the crowd and not just the trophy” says Winston, the base guitarist of the band. “It was indeed difficult in the beginning to cope with and master the notes of Indian music as both of us are trained western instrumentalists. But, the strong sense of curiosity to learn more and expand our horizons to become versatile made us not just learn but also to excel in Indian music. We in fact, enjoy the late night practices and learning sessions just to rock our stage shows” share Sanjay and Winston. 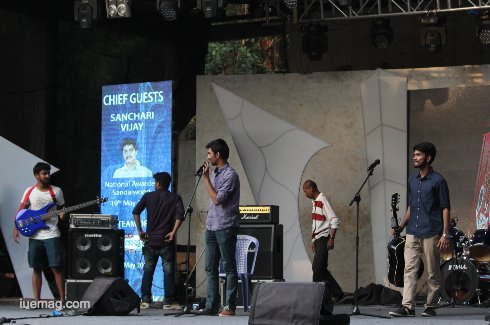 “Rather than the number of hours you practice, the quality of practice is what makes the difference” Says Sanjay. 8 GB Ram holds the pride of being known for its consistent wining spirit. Adding the flavor of western music to the Indian classical melody, the members of the band have tremendously succeeded in touching the hearts of the millions. Covering a whole lot of wonderful melodies - classical like Bhagyada Lakshmi Baramma, dance numbers like Santhoshakke, and rare numbers like Humma mixed with urvashi, giving them all a western make over and yet retaining the classic essence and originality, they have made it a point to impress every set of audiences, irrespective of age, background, religion and anything for that matter. Rising elegantly, the band has established its unique style of Indian classical fusion and is now widening its panorama of interest towards composing and releasing albums. Though the Troup doesn’t aim at gaining fame, it got it all unconditionally. Envisioning to gift mesmerizing melodies and imprinting them all in the form of their signatures on long term, the band members shall continue to mesmerize the world throughout the era.
Get the Latest & Recommended articles in your Inbox

Subscribe!
What if you fail the first time? Can a failure ever stop you from fulfilling the purpose for which you are born? Failure only indicates that you’ve got some more time to plan your celebration of success. Always remember that we are all destined to success. It is just that a little more aspiration, determination and seriousness have to be added in order to complete the recipe of victory. Talent is inherent in every life. But only when equal amount of passion surrounds it, any bud can blossom into a beautiful flower. Demonstrating the same, 8 GB Ram has been proving its excellence consistently and consequently. Wishing 8 GB Ram, a huge success, let us all learn and apply the success secrets shared by the band to glorify our lives further.
Copyrights © 2022 Inspiration Unlimited eMagazine

Any facts, figures or references stated here are made by the author & don't reflect the endorsement of iU at all times unless otherwise drafted by official staff at iU. This article was first published here on 21st July 2017.
Rakshitha R
A very positive lady who is envisioned to inspire young minds.
Most Loved On iU
Have something to share? Drop us a line below!
People who loved this also loved