Naresh Raju's Tryst with the Mountains

“The mountain is calling and I MUST go!” goes the saying. This statement would definitely resonate with this amazing man, who has made mountaineering his career; a man who seems to be never low on morale; a man who can never be bogged down by botheration; a man who does something which he firmly believes in.
This Page Has Inspired
1210
People So Far.. Naresh Raju, a hard-core mountaineering enthusiast, is a bundle of energy. As we start the conversation, he gives glimpses of his notorious childhood and talks about him having always been the ‘outdoor’ kid. He has actively been part of many a trek to mountains. He also takes part in long walkathons for causes and also for self. A firm believer of the theory-everything has a purpose- he also has set out on many expeditions without any money or plan in mind. “I just go with the flow. I don’t think much and I let nature unfold itself, how it is destined to”, he says. He is also an avid biker. 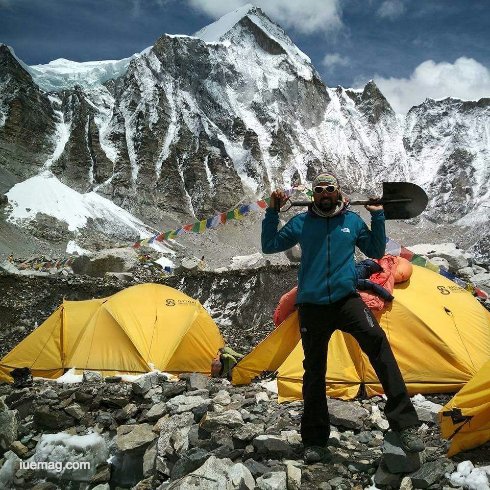 Naresh’s first tryst with the Himalayas that happened, he says, was pretty much out of his strong intuition. Without any pre-conclusions, he set out on the expedition that was to be until the base camp of the Everest. He admits that he was quite surprised at his stamina and performance. He also had this to say- “Wherever I go, I make it a point to talk to the place to thank for giving me pleasant experiences. I did the same with the Mt. Everest and I requested it to bless me for me to be able to reach the summit the next time”.
By now, I’ve already started to look at him as an influencing man; a man who shows the others what it takes to make a difference. And I know that I’m not wrong. His following words prove the same- “There is only a slight contrast between the ones who do and the ones who dream. It’s the leap of faith. One needs to hear clearly the inner voice and go for the dream. The important point to remember is that the more attention given to the inner voice, more the prominent it becomes”.

For any person seeking thrill and pleasant experiences, and at the same time stay stable out in the unknown trails, it is foremost for him to have an open mind and good communication skills. Naresh says, “When I quit my job, I wanted to take an off and just travel around. This made me realise the interests and talents I had. I realised the blessings I had and also my ability to connect with people. I am very open with life”. 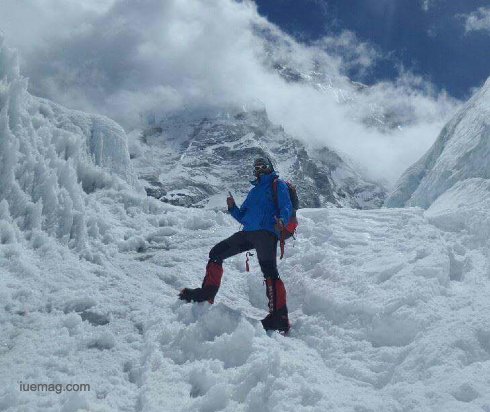 Naresh also is a firm believer in life. His words have the capability to make anyone in a low morale, rethink. “Life is only the reflection of your self-being. The people you attract, depends on what you believe in. Remember, when your existence can give you your life, it also has the ability to sustain it. Always believe”. He recalled an incident wherein he had to be airlifted from the mountains due to low oxygen levels. The people around him believed that he wouldn’t make it, but it was his take on life that kept him going again. He also teaches one to embrace and fall in love with uncertainties.
Naresh has also conducted various mountaineering camps. He ensures rigorous endurance, both physically and mentally, as scaling mountains demands it, which could help one during distress too. “I train immensely, until exhaustion. It is totally a mind game. I also try to climb as many stairs possible as mountaineering is all about climbing”, he adds. Self-awareness is also a key element that helps one during rough times.

Having been stuck in an avalanche caused due to the earthquakes in Nepal during 2015, Naresh explained how even tough looking guys succumbed to fear on the mountains. “A calm mind and trust within definitely helps one out of havoc. The testing circumstances bring out the true ‘you’”. 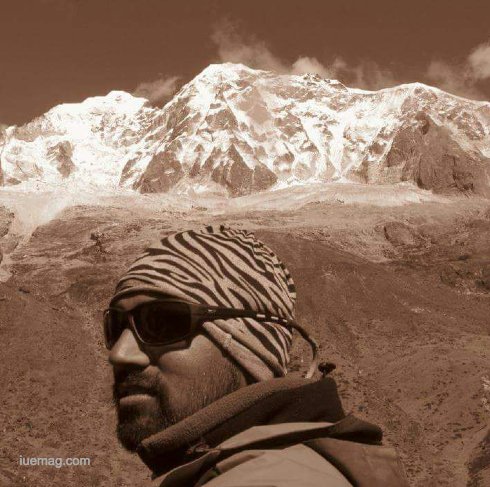 Naresh is the Romeo to the Juliet of the mountains. “It is a love affair”, he exults. It is interesting how, mountains, usually equated to something extremely difficult, glorifies many like him. It also teaches so much to a layman. It humbles one down to the ground. “Mountains expose one completely. The learnings the expeditions give are so profound that it definitely will take some time for the realisation to happen”.

He says that he’s a guy who’s always pumped up and bubbling. “I need to be grateful for this life. I am just a spec in front of the mountains. It is the mountains that have called me to climb it. For me to have had the calling is special. Personally, mountains are expressions, rather than obstacles”.

He has a few words as advice for the ones taking baby steps towards following their dreams- “Be very clear on what you want to do and if you really want to do it; then, take that leap of faith”.

This man has ambitions as huge as his paramour- mountains, definitely. He currently is working on a project; he fondly calls it – “The Adventurer’s Grand Slam”- an aim to conquer the highest peaks on all the continents. He also is planning to bring out a book penned by him, very soon. With the ever glowing charm to life and energy; with the fire in him to explore around and himself; Naresh is one mammoth inspiration to all.
Get the Latest & Recommended articles in your Inbox

This Page Has Inspired
1210
People So Far..
Any facts, figures or references stated here are made by the author & don't reflect the endorsement of iU at all times unless otherwise drafted by official staff at iU. This article was first published here on 25th July 2017.
Sathwik R
One with a zeal to do good always.