Sri 'Crazymindz' with Wings of Adventure

"I believe that I'm not a tree, but a bird", beams the man, in his early 40s. Having jumped from the skies, dived into deep waters, bungee jumped and rafted in white waters amongst many other adventurous activities, he's always got a craving to get his adrenaline rushing. And he leaves no stone unturned to make sure he has his craving satisfied.
Tweet
Views
1114 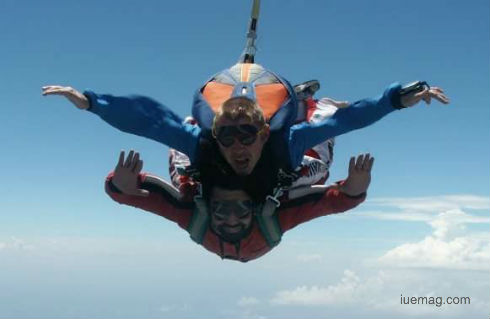 Sri “Crazymindz” is his name. He has his company called "Crazymindz". He’s a cinematographer, an editor and an actor in the Kannada (a regional language) Film Industry of South India. He says that being in the industry has given him the opportunity to explore the adventure lover in him. He had his first stint with adventure about a decade and a half ago. He’s trekked long and emprise trails, rappelled down cliffs, climbed rocks and rafted in rivers. He also has done lots of bungee jumps. He has dived from the skies in Kenya. He is also into scuba diving, in which he’s got a trained license too. He’s dived at pristine locales, including the ones in New Zealand, which is one among the top 5 dive zones in the world. He currently is indulging in skiing and says that he’d love to do a complete course in the same. He also loves to travel all around the world and cheekily says that he loves to do ‘headstands’ all over, at different backdrops. 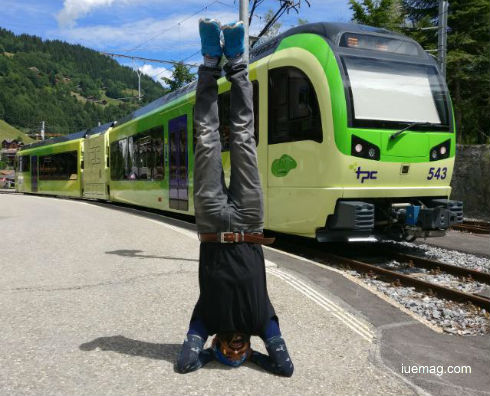 “Life itself is an adventure. I believe that one has to always travel and keep exploring as much as possible. There’s a lot to learn when we travel a lot. Meeting new people and indulging in different cultures is always blissful. Life is a journey and we need to keep moving”, Sri says.

An adventure enthusiast must always be fit. He needs to be able to cope with different climatic conditions. Fitness is a part and parcel of any adventure sport. Sri says that his profession has helped him keep fit. “Being a cinematographer, I have to be outdoors most of the time, and I get to travel a lot. This has allowed me to plan my adventures alongside my careers, as I travel both for work as well as thrill and pleasure”. 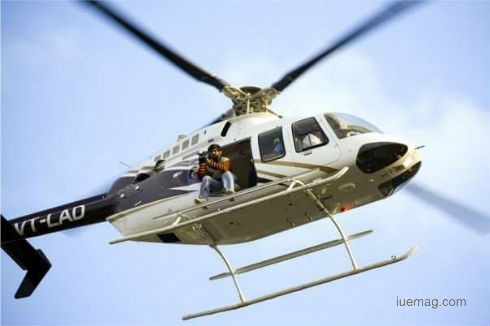 His career has also allowed him to fly high; literally. He’s had many shots to shoot from the open doors of a helicopter, hanging out from the flying machine. He’s also trained to fly two-seater light aircrafts. Although he’s taken a break from it, he’s had a good number of flight hours in the cockpit. He’s also got special permissions to shoot videos of cloud-seeding (to obtain rain), which is one of a kind in the country. 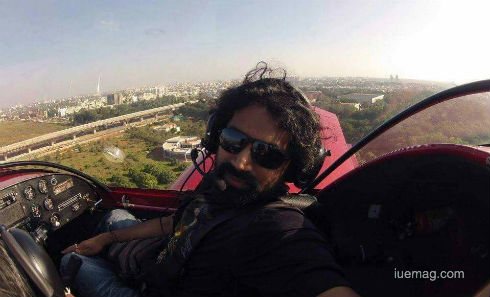 People call him “crazy”. Nevertheless, Sri “Crazymindz” doesn’t compromise on safety at any cost. There’s always a calculated risk that is taken by the seeker, but basic safety amenities is a must. In skydiving and bungee jumping, there mostly tends to be faltering with respect to the safety harness specifications, in accordance to the jumper’s physique. He says that it must be always given utmost importance. Only then the adrenaline rush has purpose.

Having been fascinated by scuba diving, Sri had always wanted to take up the sport with professional training. He took up a course, which was a combination of both theory and practical. There was much to learn theoretically, including safety measures, videos, etc. As part of the practical training, he underwent various sessions in swimming and floating for long durations, first in pools, and later in open waters. “Focus and fitness are fundamental in this adventure sport. The solace one gains underwater is something that a person must experience; away from the noise and pollution on the land”, he adds. 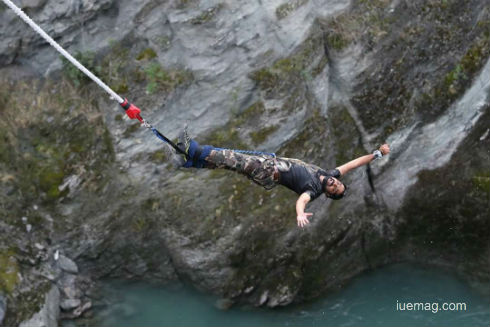 Adventure sports are things that a person can use to overcome phobias. One needs to let go off them. Although the fears might vary from a person to another, it’s important to lose them. Access to adventure is also about priorities. Managing time efficiently always makes sure that adventure is very close to an adventure seeker. There are no age limits on adventure. Anyone can make nature a playground. Adventure travel is an activity you can stick with for life.

Tolerance for uncertainty is an aspect an adventure seeker would learn. When on a trek, there may be various things that may go wayward and not as planned. This not only adds to the excitement, but also makes the person believe that there always exists a way out of crunch times.

Mark Twain once wrote, “Twenty years from now you will be more disappointed by the things you didn’t do than by the ones you did do. So throw off the bowlines. Sail away from the safe harbour. Catch the trade winds in your sails. Explore. Dream. Discover.”
Get the Latest & Recommended articles in your Inbox

Subscribe!
With the right information about the happenings, there’s definitely no need to worry before taking flight. When the aspiration exists to be a bird, why to stay stuck at a place like a tree. Spread the wings wide and soar high.

If you know of a sportstar or an adventurer, rising or a phenomena, do not forget to connect them to us by any means you can. We would love to learn their story of Unlimited Inspiration & share it with our readers across the globe.
Copyrights © 2022 Inspiration Unlimited eMagazine

Any facts, figures or references stated here are made by the author & don't reflect the endorsement of iU at all times unless otherwise drafted by official staff at iU. This article was first published here on 6th July 2017.
Sathwik R
One with a zeal to do good always.
Most Loved On iU
Have something to share? Drop us a line below!
People who loved this also loved