He first picked up a rifle at an age of 12. He fell in love with it at 16. He had been amused by the mean machine when his mother was going about her hobby during the weekends, about 4 years ago. Cut to the present, he is an international shooter, having represented India at World Championships (Junior). Meet Tejas Krishna Prasad, hailing from Bangalore, who has won accolades not only to himself, but also for the country.
This Page Has Inspired
1411
People So Far..
Thoughts of taking up the sport came up when he witnessed his mother going about her hobby shooting on weekends. Enrolling himself in the academy, he realised, shooting, wasn’t just a facile play. It needed lots of fitness, determination and mental agility. 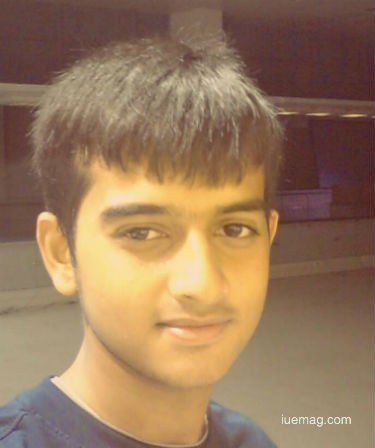 Says Tejas, “I was a plump kid with bundles of laziness within. Although I was used to playing badminton leisurely from young age, I never was a fit boy. Shooting required immense fitness, especially in the cardio columns. As part of training, I was made to run and get into shape. This surely has helped me in my performances at the sport”.

Tejas contests in the 10m Air Rifle events at the Championships. 10m Air Rifle is shot at a stationary target, over a distance of 10 metres (10.94 yards) from a standing position with a 4.5 mm (0.177 in) calibre air rifle with a maximum weight of 5.5 kg (12.13 lb.). He says that there is a hairline difference that decides the winner and the rest, and errors can’t be put away easily. “To ensure the marginality of errors is as low as possible, one needs to be mentally fit enough to beat the immense anxiety he goes through while competing”, he adds. He also says that he always tried to keep himself mentally fit by exercising regularly.

Standing with the competitors, one’s anxiety tends to shoot up, deterring him of concentration. Being mentally fit, helps remain calm in those moments.

He even ran in a half-marathon of 21kms to push his mental fitness limits. Marathon usually makes one think twice before enrolling. After the commence too, many give up on the way. Presence of refreshments, biscuits and energy drinks may definitely boost the runners, but they also act as distractions. Slowing down the pace or walking for some distance may occur, but Tejas ensured that these never came his way. He beams when he says he completed the half marathon in about 2 hours. This definitely boosted his mental strength, which would play very crucial in his shooting career later.

When asked about the importance of fitness in a common man’s life, he had this to say-“Being fit is the best feeling one can have. It always gives you the belief that anything is conquerable. Every time a person works out, it gives a sense of victory within. With fitness, winning will become a habit”. 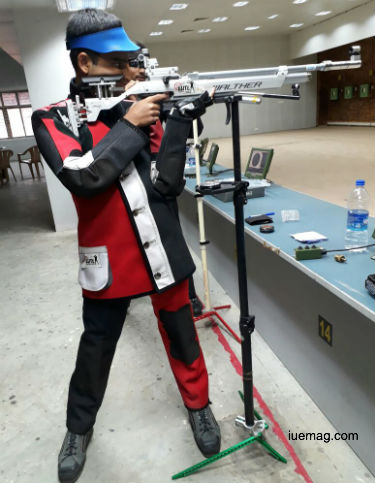 Abhinav Bindra, the first Indian to win an individual Olympic gold, is his inspiration he says. “He may have won us the gold, but the reason I seek inspiration from him is because he gave us the belief that we too can win. Earlier, we were considering an Olympic participation as a mammoth achievement. But now, he has made sure shooters train not just to get into Olympics but stand on the podium with heads high”, he voices.

Shooting isn’t a sport that has lakhs of fan following. It is only when, at the quadrennial event, Olympics, with big names in shooting from India like Abhinav Bindra (now retired), Gagan Narang or Jitu Rai take part, that the people follow the sport. World Championships are viewed and followed by very few people. Tejas voices that the sport needs encouragement from the roots, and only then, there’ll be more takers for the sport. This will ensure that quality shooters come out and represent India at the highest level.

It’s an easy task to enrol oneself into an academy and pick up a gun or a rifle. The main task at hand is to sustain oneself and go about practicing the sport. Failures may break one’s confidence, but that shouldn’t stop one from starting again. Tejas, who is currently doing his under graduate course, obtains support from the college. His parents Shylaja and Krishna Prasad also have been very supportive of him.
Get the Latest & Recommended articles in your Inbox

Subscribe!
He vows never to leave the sport, but at the same time excel in academics. He dreams of the day when he will stand on the podium with the yellow metal hanging on him, with the Indian flag going up and the National Anthem being played. With his mental agility behind him, with perseverance and with the fitness always existing, hopes are high that the nation and Tejas will see the light of the day.

If you know of a sportstar or an adventurer, rising or a phenomena, do not forget to connect them to us by any means you can. We would love to learn their story of Unlimited Inspiration & share it with our readers across the globe.
Copyrights © 2023 Inspiration Unlimited eMagazine

This Page Has Inspired
1411
People So Far..
Any facts, figures or references stated here are made by the author & don't reflect the endorsement of iU at all times unless otherwise drafted by official staff at iU. This article was first published here on 5th July 2017.
Sathwik R
One with a zeal to do good always.