He is one name that the hockey world will always remember; for his indispensable talent; for the fierce drag flicks; for the attitude that always craves for success; for his sterling leadership skills. He is deemed as 'the eternal learner'. This man, with more than 100 international goals, is as humble from inside, as he is robust from the outside. Here's V R Raghunath, one of India's best players to have stepped onto the hockey field, upclose on what has made him the man he is.
This Page Has Inspired
1210
People So Far..
He walks off with an intriguing swagger as his team has just won the match. It’s a state level game, but the demeanour doesn’t change. The passion to triumph oozes. He joins me in a while and beside me is the modest him, a contrast from the him, 20 minutes ago. 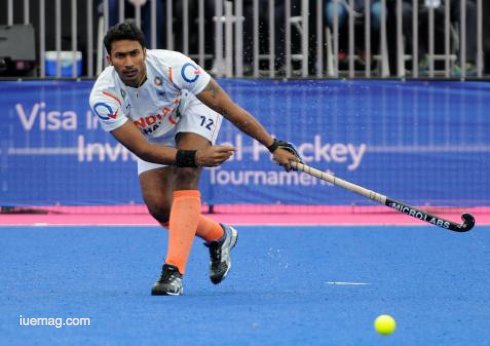 Vokkaliga Ramachandra Raghunath hails from the Kodava district of the Karnataka state in southern India, a place manifested to produce quality hockey players. He has played for India for almost a decade, and has also been part of the Olympics bound team in 2012 and 2016. His father was a hockey player too, and also has been the coach of many clubs for many years. Basketball and hockey were two sports that were taken seriously by Raghunath in his schooling days. Dreams of winning gold medals for his country made him take up hockey as career in 1997; less he knew that his dreams would take flight and become reality few years down the lane.

“I believe in doing and learning, rather than not doing and regretting. It was a bold decision to take it up as a career, but my physique and stamina were my plus points I carried entering into the game”, says Raghunath, who gave his trials with the Sports Authority of India (SAI), Bangalore and got selected. He went on to represent the country at the sub-juniors level in 2003.

There is one aspect that makes a successful person stand apart from the rest- daring to tread the path less trodden. Raghunath plays as a fullback (defence); he is known better as a specialist drag flicker. “I observed that India hadn’t had many quality drag flickers. It is one important skill required in the team to convert close games to wins. I thought that I had the build for it, and I put in extra hours under the sun training for it”. He grins as he says, “My go-for-the-kill attitude too helped me specialise in drag-flicking”. He got his first break when he was about 18, and he went on to captain his state team to the title.

The sport of hockey involves great reflex, proactivity and composure. There are many crunch situations too which the players need to play through. The ability to absorb the pressure and perform well is what has made Raghunath an excellent leader too. He has also been the captain of his franchise team in the renowned Hockey India League, and has earned considerable amounts of success with the same. “Leadership is an opportunity to serve and learn. It is not a trumpet call to self-importance”, he says well.

“Result is something that I’ve not been worried about. There are times when I have had a great day on the field, but the team is not been able to cross the line. As long as the satisfaction of performance exists, and the flame to learn burns, losing is just the ‘goal’ difference”, Raghunath says. The 2012 Olympics was a tough one for the Indian Hockey Team. Having finished at the bottom of the table, the morale of the fans was low. When asked about his thoughts on the same, having been a part of it, Raghunath said that times like those tested them the most and brought out the best in the later stages. 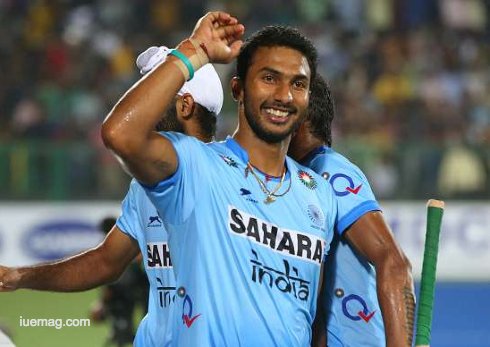 Raghunath has also been a part of the Indian teams that have achieved mountains of success. He was adjudged as the ‘Best Player of the Tournament’ in the 2013 Asia Cup that India won. He has to his credit, also, more than 100 international goals. He smiled and the sportsman in him had this to say when I spoke to him about them- “I’ve never looked at them as mine. It is India’s. It is the team’s. It is important to understand that one can never be a master of the game. Every day and every game is a learning process in sports”.

The game changes day to day, and it is important to adapt to changes to accomplish what a player have in mind. This can be inferred to what any person will face in life. ‘An Open Mind’ will always make you a benefactor and this can be attained by having mental stability. “It is important that success doesn’t enter the head”, adds Raghunath.

Seldom do sportsmen come out and wish well for players taking their own places in teams. Raghunath has been out of the international foray for a while now, but that hasn’t stopped him from guiding youngsters to excel. He says, “There are times when I feel that I could have done more for the team. Although I have most of the top medals, the Olympic medals are something I regret not having. We could have finished in the top three in the 2016 Olympics, but things didn’t work out right”. He further spoke- “The youngsters can achieve what I couldn’t. They are doing extremely well. I try to guide them as much as possible. I train them both mentally and physically. I want them to bag the medal which I couldn’t”. 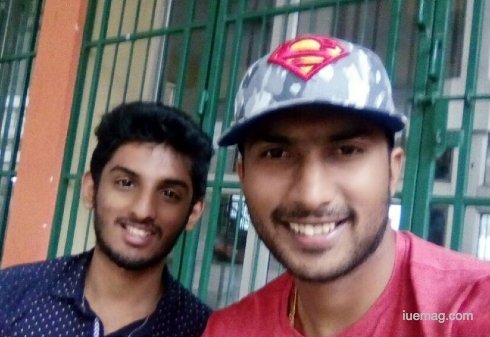 Talking about the game of hockey, there is no doubt that Raghunath respects it to the speck. “You take out hockey from Raghunath, and he is nothing. Today, I can lift my head and stand only because of hockey. Hence, I must only give back what I can to the game”.

“Trust yourself in what you do. Try to improve yourself always. Have the heart to dare and work towards what you want; success will definitely come your way. Every person will get his ‘knock’ surely one day”, Raghunath advices the people craving for prosperity. Raghunath had an ever-lasting impact on me. The man with humongous achievements taught the importance of staying rooted and learning eternally. Goals may not win matches always; but modesty and humbleness surely will win hearts. He came. He saw. He conquered- opponents and hearts.
Get the Latest & Recommended articles in your Inbox

This Page Has Inspired
1210
People So Far..
Any facts, figures or references stated here are made by the author & don't reflect the endorsement of iU at all times unless otherwise drafted by official staff at iU. This article was first published here on 13th July 2017.
Sathwik R
One with a zeal to do good always.