Travel ain't just fun because you are on the move; it's fun because you get closer to your soulmate: "Life!" It gets even closer to heart when you make it a huge chunk of your career. Vipul Kasera, founder of two extremely successful startups, 'CommuteEasy' and 'LifeIsOutside', is an archetype for the statement.
This Page Has Inspired
1214
People So Far..
When I finished the conversation with him, I beamed telling how I could use his startup website to plan my trips with friends, but he discouraged me from doing so. He asked me to rather explore places and look for suitable getaway spots, myself; the reason- I am still a young blood, and carry with me all the time available. It’d give me a better experience of the visit. This spoke volumes of what a travel paramour he is.

‘CommuteEasy’, started in 2006, went on to become India’s largest portal for car-pooling. ‘LifeIsOutside’ is a startup that provides suitable getaway recommendations as per the needs and specifications of the customer, and handles bookings for them, which is also doing great.

Vipul has always been a fan of solving problems using technology. Having witnessed many cars with single occupancy during work hours (and hey! There were faces that became familiar too due to the traffic everyday), he came up with the idea of making a portal for car-pools, back in 2006. Also a lover of travel, Vipul incubated ‘LifeIsOutside’ which also enhanced the travel freak in him. “Every time I had to look for new places for the short getaways, it was a delightful challenge as the information was highly fragmented. The task of chalking out an itinerary for the customers was also hard as the suppliers were mostly offline, back in 2009. I had to also make sure the consumer got the best experiences out of the stipulated time period and budget. Christening it ‘LifeIsOutside’ was solely to echo the sentiments of this venture. It has fortunately received good reviews, which has made us reach major cities not only in India, but also around the world like Sydney, Dubai, Singapore, etc.”, he says.

Vipul believes that travel is a phenomenon that comes naturally to a person. The traveller in him took birth when he hit the age which gave his freedom to make his decisions. He says that although short trips and getaways happened with his pals, he regrets not going to any foreign locale back then.

He recollected a vacation as he spoke about foreign tours- “I got to visit Uluwatu in Bali, Indonesia. The trip got me to interact with the culture over there, which was a great time. The lifestyle of youngsters over there got me thinking about my college times. But the place I worked before the startups happened, gave me and my friends the time to go in treks and camping”. He says he is camping oriented and would anytime love to go on excursions, having to prepare food on a peak, pitch tents and sleep gazing at the stars on a land far away from the city noises. When asked if he’s a beach man, he exults, “Oh YES! A beach boy too, any day!” and adds that Bali and Goa are at the top in his list.

I smile wide to the answer he gives when I asked him to name a thing he’d never forget when he gets going- “An Open Mind”. He also adds that he usually carries his passport when he embarks on a journey, as he isn’t sure of what lays ahead, since it’s just a fluidic plan that is chalked out. He says that it gives him the window to think big. It’s important to immerse into the cultures of the place, mingle with different kinds of people, as only these will add flavour into travel and make it a memorable experience. “And sunscreen is always in my bag”, he adds daintily. 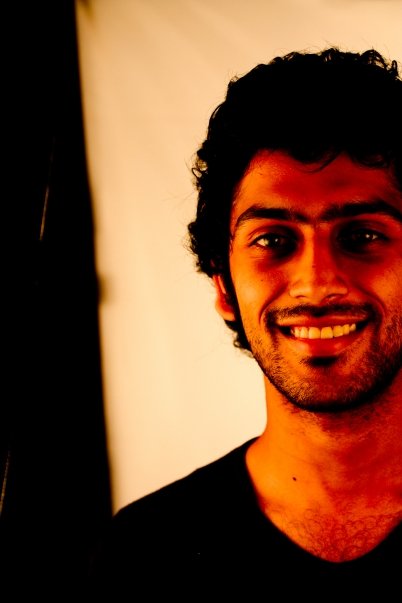 “There are certain times when I travel or trek solely to challenge myself. There is always the urge to push my fitness levels. It rejuvenates me and fills me with life”, he beams. He then speaks about the teachings he received once, when he indulged himself in yoga- “I will always remember that one must be fit enough to not let his body come in the way of what he wants to do. This can be achieved by striving to be fit always”. For him, being fit is not just having six-pack abs. Being fit is being able to not limit oneself on the journey towards seeking what one wants. Travel is one aspect, but it can also be mapped into any domain, be it professionally or as part of likings.

Vipul says that he didn’t intrude into adventure activities much, as part of ‘LifeIsOutside’ as he felt that the expanse of focus made it non-viable. But this man with his heart on his sleeve hasn’t stopped himself from trying his hands at scuba diving, rock climbing, cave explorations and sky-diving. He says, “Although I haven’t taken adventure seriously, I wish to be a traveller who doesn’t shy away from adventure that may arise on my journey”.

There are many people who travel without plans and get away for a long duration. Talking of their preparedness, Vipul, who also has friends of the kind, he says, “Although the itinerary isn’t planned to the last bit, they are aware of basics. Plans are chalked out every day before they zoom ahead for the day. Knowledge on the places and basic survival notes are must. They also get the opportunity to interact with people and this only adds colour to the experience”.

He sits up as he starts sharing his experiences of scuba diving in the South Button, off the Havelock Islands in the Andaman and Nicobar, that’d remain etched forever. He smiles as he recollects the drop of the anchor from the ferry in the middle of the open waters, and the sight of the bed, with the clear water giving a mesmerising view, making him not want to get out of the place.
Get the Latest & Recommended articles in your Inbox

Subscribe!
Hobby is something that shouldn’t be braided with travel, he feels; “It wouldn’t be justified to the term ‘travel’ as it comes naturally a person, and everybody must include this activity into themselves as it plays critical role in their growth”. He also says that the main reason he took to travel as a business too is purely due to the wide domain travel offered. He stresses on the importance of not making hobby into profession in some cases. “One may have been enjoying doing something. But when the something becomes regular work, it may be hampered because the receiver has expectations, and this may create havoc with the mental solace you used to obtain doing it, leading you to start disliking it. This must be kept in mind”, he sums up.
Copyrights © 2022 Inspiration Unlimited eMagazine

This Page Has Inspired
1214
People So Far..
Any facts, figures or references stated here are made by the author & don't reflect the endorsement of iU at all times unless otherwise drafted by official staff at iU. This article was first published here on 8th July 2017.
Sathwik R
One with a zeal to do good always.