The Pen is Mightier Than The Sword 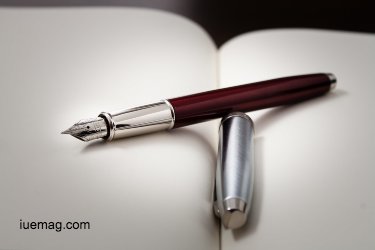 The pen is mightier than the sword

In my point of view its not the masses who wanted/expected that but more of the same has been inculcated amongst us with the government we are ruled with (divide & rule british told us) the same now government applies on us now maybe because of the reason there vote bank pipeline gets prepared by it for upcoming next 5 years.

Ideas are bullet proof she said, now the audience falling under the same category of hers with similar point of view have a feel of risk on their life’s too, only because they are unbiased they speak courageously on shortfalls of government.

Is this the time Mahatama Gandhi expected us to live in, a person like Mother Teresa who never ever differentiated any person, served the whole community, offering morsel by her own hands, thoughts of time like these, I am sure they haven’t.

The greatest hobby a person can have is resurrection in the light of the saying which says “ there’s always light at the end of tunnel”, so I also expect time will change, it will blossom, we’ll come out of the woods on the highway & cruising.

I’ll like to end up this context with a famous sher of Dushyant Kumar..

Subscribe!
Have you ever had incidents in life that relate to these emotions and words? Shoot your comments in the section below.
Copyrights © 2023 Inspiration Unlimited eMagazine

This Page Has Inspired
1041
People So Far..
Any facts, figures or references stated here are made by the author & don't reflect the endorsement of iU at all times unless otherwise drafted by official staff at iU. This article was first published here on 3rd July 2019.
Syed Danish Nazar
Syed Danish Nazar is a contributing writer at Inspiration Unlimited eMagazine.