It's always fun to compare games and explore similarities. This is what it looks like when you compare PUBG and CALL of Duty. Read ON
This Page Has Inspired
1027
People So Far.. 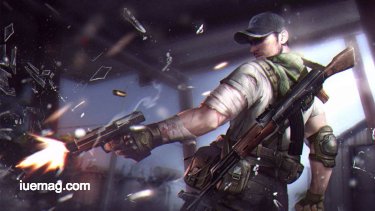 PUBG Mobile was an instant hit after the release. I don’t remember any other mobile game entering the scene and dominating it like this. Needless to say, because of PUBG Mobile now we have a competitive and professional mobile gaming scene.

Call of Duty mobile, recently came out in smartphones and the initial reaction was great. Even though it didn’t get to build up the hype PUBG did but it was well appreciated.

There are a lot of differences between these two games but at the same time, they have a lot of similarities too. And the similarities are actually a good thing considering people will like to play both games at some point.

This means if you are good at any of these two games you can learn and adjust to the other one easily. Now let’s look at the similarities these games have between them.

1. First Person Shooter – Call of Duty is a first-person shooter game in its basic. Even though PUBG mobile is mostly known for its TPP gameplay, PUBG has a perfectly working FPP in the game. You can just switch to FPP and enjoy. It’s almost like a 2-in-1 game

2. Battle Royale – Both PUBG and Call of duty are battle royale games. The basic is simple. You fight everyone to become the last man standing. You can play solo or squad in both games. However, Call of Duty is a little more fast paced but the overall gameplay stays the same.
Get the Latest & Recommended articles in your Inbox 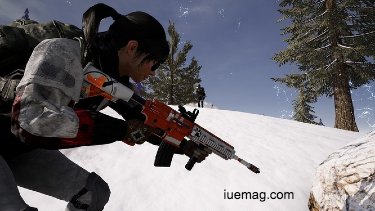 3. Team Death Match – Both the games will offer you team deathmatch mode. It’s a classic deathmatch with a twist. You will respawn instantly after death with your guns. But you will play here as a team. The first team to reach the target number of kills will win the game.
4. Communication – Both games allow in-game communication. You can use the mic to communicate with your team or global chat. You can also use the chat wheel to send basic default responses.
Copyrights © 2023 Inspiration Unlimited eMagazine

This Page Has Inspired
1027
People So Far..
Any facts, figures or references stated here are made by the author & don't reflect the endorsement of iU at all times unless otherwise drafted by official staff at iU. This article was first published here on 7th July 2019.