Is there a skills shortage in the UK construction industry?

No industry can perform at its peak or expect to grow with shortage of skills. UK Construction industry has been facing few challenges in the recent decade that prompt need for skills upgrade and increment in the number of skilled people. Read ON!
This Page Has Inspired
1021
People So Far..

The UK’s construction industry is currently embroiled in crisis. There’s a clear skills shortage, as while new build homes are being constructed, they’re not nearly meeting expectations in terms of quality. The sector needs to undergo a sharp U-turn here if it’s to recover; but what caused this stark decline, and why does it continue today?

Consequently, here’s why there’s a skills shortage in the UK construction industry. 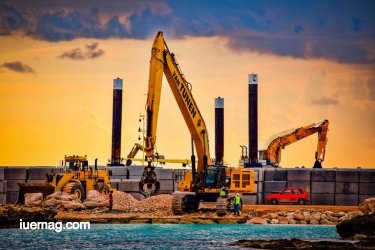 The prospect of there being a skills shortage in the UK construction sector isn’t exactly a brand-new observation. In late 2017, experts warned of such a ‘cliff edge’ deficiency here in light of influences like Brexit and a surge in departing EU citizens. Since then however, things have evolved to become steadily worse overtime.

Simply put, the shadow of Brexit is still looming over the sector (and frankly many others) even today. There’s still uncertainty, and many EU citizens now feel they’ll enjoy a more secure future in other countries. It got so dire that industry bodies even demanded that EU construction workers should be granted settled status, which they’re still fighting for today. If they can succeed here, it’ll make Brexit much less taxing on construction.

Construction work is hard work. Moreover, it doesn’t always pay so well either, particularly in beginning roles. It’s to be expected to a degree, as that’s the way career ladders work. Still, these days, many young people are fully committed to the digital era, and the idea of sweating and bleeding on a construction site isn’t appealing from their air-conditioned offices and lecture halls.


In other words, construction work isn’t as appealing as it once as. Workers need to be fit, active and work very long hours from dawn till dusk. However, graduate jobs are also increasingly offering flexible hours and working from home schemes, so that’s certainly enticing young people toward a different path. There’s also the case that more young people are going to university, and therefore the construction industry doesn’t really align with their well-earned skillsets.

This is a vast problem, but it can be countered by bolstering an upsurge in apprenticeships and internships in the sector. After all, even if a construction firm invests in quality equipment from SGS, it all goes to waste if there’re no workers who know how to use it all safely and efficiently. Young people need to know that there are other career paths to walk, and that university isn’t always entirely necessary or even useful. If they can be introduced to the industry as early as possible after their schooling through some work experience, chances more skilled employees will start to immerge.
Get the Latest & Recommended articles in your Inbox

Much of what is causing a skills shortage in construction can seemingly be rectified relatively easily. If EU construction workers can once again feel like they have a long-term future in the UK instead of living year by year, they may well remain and continue their much-valued work. There also needs to be more apprenticeships in the sector that give more younger people opportunities in the sector. Once these things are done, the skills shortage may well be dealt with.
Copyrights © 2022 Inspiration Unlimited eMagazine

This Page Has Inspired
1021
People So Far..
Any facts, figures or references stated here are made by the author & don't reflect the endorsement of iU at all times unless otherwise drafted by official staff at iU. This article was first published here on 11th July 2019.