AppBrowzer is essentially an all-in-one app also known as a Super App. They call themselves INDIA’S PREMIER ALL-IN-ONE SUPER APP! A one-stop solution to all apps, AppBrowzer hosts over 500+ Apps in one app giving users the ability to have multiple categories in one app. Read ON!
This Page Has Inspired
1108
People So Far..

We would love to get introduced to the Founders of AppBrowzer.

Sunny Gurnani, the CEO, is an MBA from Central Queensland University, Australia. He had earlier worked in a Sydney-based software enterprise, and also ran two startups. He recently moved to India and, after realising the pain points that app developers and smartphone users face in juggling different apps, decided to start AppBrowzer.

Venkatesh is the Co-Founder and CTO at AppBrowzer. As an experienced network engineer with tech DNA, bringing with him expertise in Android, Ruby on Rails, Ember.js, Node.js, and Java. He worked with an IT infrastructure solutions and services company in Bengaluru before co-founding AppBrowzer.

Could you share what the entire concept of AppBrowzer is and what are some of its key Features?

AppBrowzer is essentially an all-in-one app also known as a Super App. We call ourselves INDIA’S PREMIER ALL-IN-ONE SUPER APP! A one-stop solution to all your apps, AppBrowzer hosts over 500+ Apps in one app giving users the ability to have multiple categories in one app. Users now have access to multiples apps and services namely shopping, social media, cabs, flight, hotels booking, food games among others.

How did this concept of AppBrowzer to house category-wise Webapps in one platform originate & when? What is the Vision behind this?

Currently, there are over 2 million apps on the play store! The modern-day user is saturated by the sheer vastness of the mobile app world. The fundamental technology of mobile apps has remained the same ever since inception. What’s more, is users are spoilt for choice when it comes to mobile apps. On average, users only use a maximum of 30 application on their smartphone. This is a huge contrast to the 2 million on the play store. Time has come for a change in the mobile app world. Something that is fresh and next-gen. In comes the need for an app that has everything in one place - a Super App! [In the picture below: Founders of AppBrowzer- Mr. Sunny Gurnani (Left) and Mr. Venkatesh Rao (Right)] 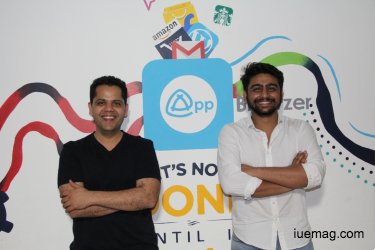 How did the name come into place?

The name AppBrowzer was inspired from the concept to be a ‘Browser for Apps’, where the mobile user would get instant access to any app at any time without the need to download the particular app.

What have been the key bottlenecks faced in the Journey this far?

Key bottlenecks we have faced is to find the skillset and technology expertise to build something like a super app. Another bottleneck would be partnering with other businesses and apps for onboarding. However, now the good news is that this concept has picked up and business are more welcoming to onboard their apps on AppBrowzer.

How easy or tough was it to bring an idea like AppBrowzer to reality? What were the challenges faced prior and post the Inception as Founders?

It was initially Challenging as app developers did not have APIs to be able to integrate. Most would take the traditional approach of Just putting it on the play store

In a Memory-age like today, storage space is available in abundance through various services, why do you think it’s important for the people to go for AppBrowzer?

Memory is one part of the equation here especially in the tier 2 cities still have limited space on the mobile. The real issue is the overall experience for the mobile user. AppBrowzer gives users an enhanced mobile app experience by providing everything in one place. Users no more need to shuffle between apps, install the best apps and so. Instead, everything is accessible freely in one platform. 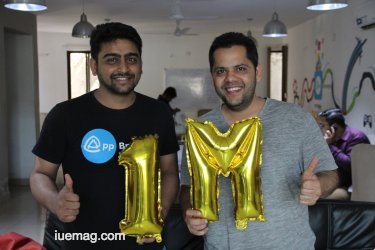 Does other Organizations providing free space and storage pose a threat to your business model?

The issue of space storage is secondary. Also, we don't see any trend of tier 2 cities using cloud storage, it is still in its native state in the mobile space. Our main aim and focus are to change the way users use mobile apps as a whole. So in essence, we don't really see space storage companies pose a threat.

How are you funded? Have you managed to raise any Funding?

First, we are India’s Premier All-In-One Super App with over 500+ Apps. Currently, AppBrowzer has over 2 Million downloads on the play store and over 600K monthly active users.

Could you highlight the difference is AppBrowzer making for the Individuals through some Testimonials?

“AppBrowzer will help you streamline all online activities without downloading the apps or without crushing space on our phone’s SD card.” - Sonu Verma

“The Future is here with appbrowzer, all in one app! Love the overall experience. “ - Akash Kotha

“My mobile is much better and saved a lot of space because of this app, thanks to appbrowser team” - Pratik Vaidya

Where do you envision the brand of AppBrowzer to reach in the next 2-3 years?

Our vision is to be a true super app, where developers are able to use our SDK and make their own version of express/instant apps to make it a part of AppBrowzer. We are partnering with multiple OEMs to become the smart software layer to their hardware. We would be reaching to 10 million users by the end of this year and 50+ in 3 years
Get the Latest & Recommended articles in your Inbox

Which are the current geographical locations AppBrowzer is used in? Are there any expansion plans on the cards?

Currently, we are only functional in India with the plan to expand to the South-East Asian mobile market and then expand from there.

You could connect to AppBrowzer through their Email

This Page Has Inspired
1108
People So Far..
Any facts, figures or references stated here are made by the author & don't reflect the endorsement of iU at all times unless otherwise drafted by official staff at iU. This article was first published here on 13th July 2019.