With a Unified Work Platform you reduce the number of vendors you work with (which reduces costs and it gives you back more control) and you get a seamless integration of the applications (which increases productivity). That's why this story is so important. Read ON!
This Page Has Inspired
1127
People So Far..

Can we get introduced to the Founder of Crust?

Crust (www.crust.tech) was founded by Niall McCarthy who occupies the role of CEO. He has over 10 years of experience in business development for open source organisations including Mattermost, SalesAgility (SuiteCRM), Collabora (LibreOffice in the Cloud), MariaDB and more.

At the moment the team of Crust includes over 25 people, with a wide range of experience in different open source projects.

What is the Vision behind the idea? What led to its origination?

Crust is a completely open source platform for managing all users from a business or organization – Staff, Customers, Partners, Suppliers – and the applications, communication and business logic they use. Advanced Identity and Access Management, Messaging and Customer Relationship Management form the heart of Crust, while its API-oriented nature ensures that Crust is extensible and flexible.

Crust deliberately replicates closely the feature set, user experience and builds logic of market leading technology, so the features of the separate products are not new, but the innovation lies in the fact that this is a seamlessly integrated combined solution. 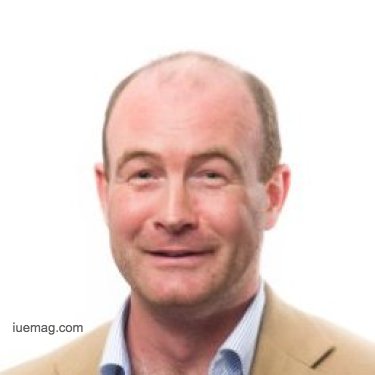 How did the name come into place?

“Crust” refers to the earth’s crust, the layer of the planet which we inhabit. Much goes on beneath the Crust graphical interface, but the point of Crust is to make sure that the user experience is pleasant and intuitive, that user data is handled securely and consistently, and that the organisation has the controls required to operate smoothly at whatever scale it chooses.

The key challenge has been in creating the team. A lot of time and effort went in to finding the best people in different areas, but the result was well worth the effort. Crust now has a team of top developers in Golang and VueJS, experts in IAM, as well as highly experienced people in open source marketing and sales. Thanks to this team the development of the product has been smooth, and the result is outstanding.

Could you share what the entire concept of Crust is and what are some of its key Products/Services?

Crust has been designed to be highly customizable. We recognize that one size rarely fits all and that complex domains such as Identity, CRM and Messaging often need to be tailored to business requirements. Crust Global Services offers a turnkey service from business analysis, through to project management and delivery of custom code.

First and second line Support Packages for Crust products can be purchased from the Crust Certified Reseller network. 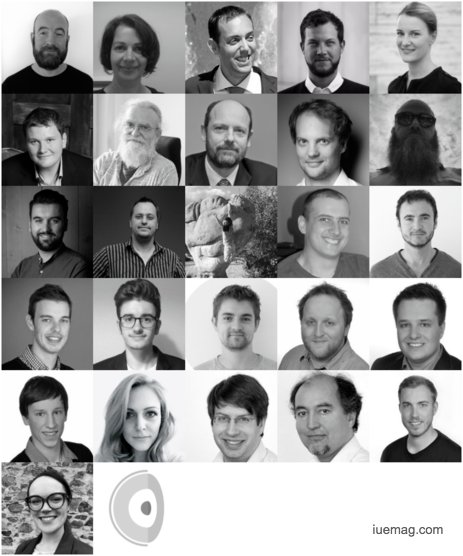 Why do you think it is important for the Organizations to adopt a Unified Work Platform like Crust? What difference would it make?

With a Unified Work Platform you reduce the number of vendors you work with (which reduces costs and it gives you back more control) and you get a seamless integration of the applications (which increases productivity). Users, and their permissions, are easily managed from 1 single location for all applications, making the administration easier as well.

How & Why is Crust a better choice for the Organizations? How do you plan to tackle the competition from the established players in the Industry like Slack or Salesforce?

CRM and Team Messaging are nowadays essential tools for businesses to increase productivity and there are multiple vendors offering those products separately. But there is a list of things that set Crust apart from competitors, both in the proprietary and open source space, and it makes Crust unique:

Crust is organically funded. This allows us to set our own ambitious goals and the route how to reach them, as well as being 100% open source.

We have several very exciting partnership announcements and new customers in the pipeline that we can mention as soon as it becomes public knowledge. But to give an example of a company that uses Crust: 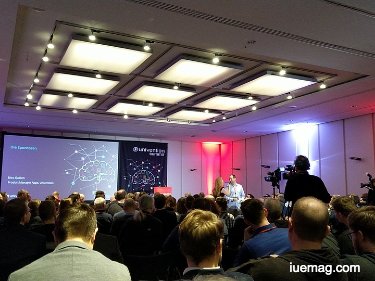 What difference is Crust making for the Organizations? Would you like to share any Testimonials of the same.

Having a seamless integration of different solutions, and moving from proprietary solutions to open source solutions is saving the company from the previous point a lot of money, while it increases their productivity and gives them back full control over their own data. Different information silos have been broken down and everything is securely managed from one central area. There is no other company than Crust offering this, making Crust effectively the leader of the Unified Work Platform space.
In the picture above: Mr. Lenny Horstink, the CMO of Crust, talking about Crust at the Univention Summit in Germany
Get the Latest & Recommended articles in your Inbox

Where do you envision the brand of Crust to reach in the next 2-3 years?

We are expecting a large scale adoption of Crust – above all with the completely free upstream version called Corteza (Spanish for Crust). At the same time we expect to have grown our partners to well over 100. This would position us next to the current market leaders.

Which are the current operational locations of Crust? Are there any expansion plans on the cards?

Crust is based in Cork, Ireland, but the team is spread over a wide geography. Apart from Ireland, the Crust team has people in Germany, France, United Kingdom, Spain, Slovenia, Bulgaria and South Africa. The number of languages spoken by our team members is impressive, with a grand total of 14 different tongues.

What is your message for the other very Early-stage Startups & Entrepreneurship-enthusiasts?

Getting a strong team together, that combines all skills needed, will give you an edge over all the other startups out there. So do invest some time there, as it will pay back.

This Page Has Inspired
1127
People So Far..
Any facts, figures or references stated here are made by the author & don't reflect the endorsement of iU at all times unless otherwise drafted by official staff at iU. This article was first published here on 19th July 2019.