Haystack allows you to search all your cloud files, documents, tools and browser history in one place. Using a simple keyboard shortcut (Control + Spacebar), you can get instant results in less than 25 MiliSeconds. Read ON!
This Page Has Inspired
1051
People So Far.. 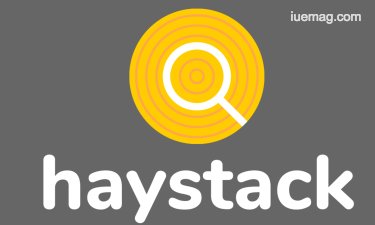 Can we get introduced to the Founder/s of Haystack? (with their Education & Work backgrounds)
Founder: Charles Douglas-Osborn

Education: Computer Science BEng from University of York in the UK

Follow Douglas on LinkedIn
What is the Vision behind the idea? What led to its origination?

Our vision is to keep people in the state of flow longer so they can do great work. We’re starting with finding files & documents, because according to a McKinsey study 20% of employees time is spent searching for and sharing content internally. Think of the number of questions on slack, or the wasted time looking for that document you need in multiple places. Just fixing this one aspect would keep people in flow more than any other tool or solution could.

We were originally pivotting from another tool called Merlin Guides, which was about teaching process to employees. After a year of development we spent a further 9 months rebuilding it for Salesforce’s App Exchange, and then unfortunately Salesforce changed their policy and rejected our solution leading us with unusable code/product. We considered building on another platform but the fear of it happening again was too large.

As such we decided to try and help entrepreneurs instead, after doing 30+ interviews, we found that finding information and answering question was a huge problem for them, and that is when we started building Haystack. 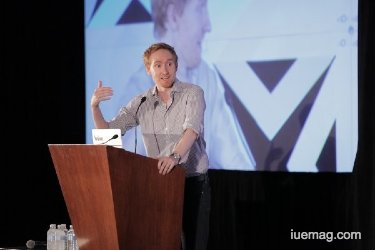 We would love to know what the entire concept of Haystack is.

Haystack allows you to search all your cloud files, documents, tools and browser history in one place. Using a simple keyboard shortcut (Control + Spacebar), you can get instant results in less than 25 miliseconds. We do this by creating a small and fast search engine on your computer, while also getting results directly from your cloud integrations at the same time (so if its not in the search engine you can still see results from Drive, Dropbox, GMail...etc instead).

Our other main goal was to build a privacy centric tool. As such Haystack is the first solution that doesn’t host any content in the cloud. Everything is “local only “which means we don’t store any data about your documents on our servers (we don’t even store the access tokens) - everything is just stored in your computers browser.

It’s a browser extension (currently just Chrome with Safari & Firefox on the way) and it already supports 26 Integrations (including Drive, Dropbox, Slack and GMail) with more on the way.


Having had the basis of a solution with Merlin Guides, we were able to build prototypes quite quickly. However, making Haystack work super fast but also very smart was a challenge. We found that most people mistype in search boxes a lot, so being able to show results that were similar, while also keeping speeds below 25ms was a hard technical challenge.

As a privacy centric tool, there is also no built in viral loop into Haystack as well, so user acquisition has been much harder and relies on word of mouth (Though 70% of our users have recommended us to a friend though).

Merlin Guides had a team of 4 people when we decided to pivot, unfortunately to keep the business going I had to let everyone go except myself. So rebuilding a new product from scratch after the tiredness of building another one that failed beforehand has been very hard for me personally.


Why do you think it is important for the Organizations & individuals to adopt a service of a platform that facilitates one-place search on cloud files, documents & browser history? 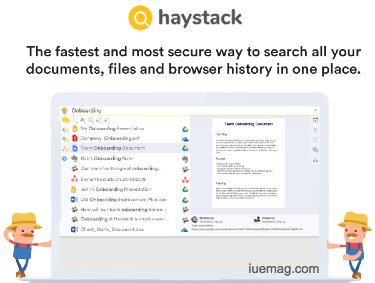 I think it comes down to 2 core reasons:

1. 20% of the average employees time is spent looking for information, that’s 1 whole day a week of time wasted.

2. People want to do great and creative work that can only be done through getting into a state of flow, the time wasted in menial tasks reduces this tremendously and as more companies use Slack with its notifications its becoming a bigger problem. Too many people say they can only do work in the evenings or on planes (due to the interuptions)

Merlin Guides was originally funded a year and a half ago, by Expa - A studio & VC that was founded by Garrett Camp, Uber Co-Founder. We took on $500k of investment to build out Merlin Guides, and we are using the remainder of that investment to get Haystack out into the world. We’ll likely need to take on funding in the next couple of months to build the team back up and add the integrations that will lead to its successs. 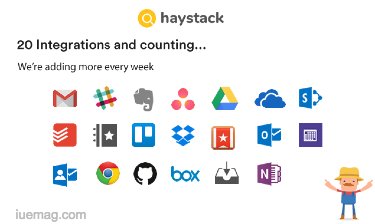 40% of our users would be somewhat disappointed

23% would not be disappointed

70% of our users have recommended us to a friend

30% of users that get an access code to Haystack, install the extension and add at least one integration.

How do you plan to face the ever-rising competition from the other players entering the segment as well?

Our focus on privacy we think is key to user trust, and growth. It goes against most other startups goals of collecting data.

We also focus on speed and ensuring a user never has to search again in another tool.

We have plans for how to make Haystack work with every tool, both internal tools and large SaaS tools, that we think will give us an edge (using technology built for Merlin Guides)

Could you highlight reviews of the people who have used this and the difference it has made in their Life? 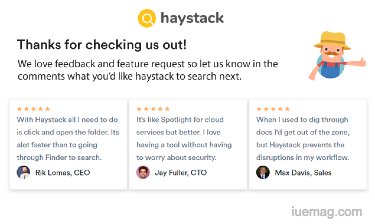 “This extension saves me about 20-30 minutes a day - and that's with knowing where my files are and with using Alfred. It's really convenient to just type a slash command and have the document you need right in front of you, and it's even more convenient for when I can't remember if I saved that note in Evernote, Google Docs, or somewhere else. I had expected the search to be a little slow, but it's nearly as fast as you can type.” - Richard Maggione, Senior Engineer, Alice

“Ultimately it is ridiculous that I can find a random fact on google faster than I can find a document that I saved yesterday. The way we nest files for organization directly impacts the speed at which we can recover them. Haystack is like having the power of a google search across all of your various document storage locations.” - Tony Peccatello, VC, Social Starts

Where do you envision the brand of Haystack to reach in the next 2-3 years? (Could be in the terms of the revenue or Brand Outreach or no. of Customers using it, any KPI)

In 3 years, we plan to have more than 10 Million free users, and 1 million paid users. We plan to be the ultimate productivity tool for all job roles on the company, with companies like Google, Dropbox, Slack all promoting us in their app markets.

Which are the current operational Cities of Haystack? Are there any expansion plans on the cards?

We are currently based in New York, USA. I hope to be expanding our locations after the next round of funding in a few months.

What is your message for the other very Early-stage Startups & Entrepreneurship Enthusiasts?

It’s a very hard journey and will take a few goes, this is my third startup/product that I’ve worked on since leaving Google.

Blog! It’s less about the readers and more about you writing your ideas down to help you clarify them. Mine is charlesdouglasosborn.com - And you can see the many times I’ve struggled and then gotten back up.

User research - Focus on the problem, learn more about it and your users, then when you present your solution try to understand their problem so you can change your product. Your first 5 products are likely not the right solutions.
Get the Latest & Recommended articles in your Inbox

This Page Has Inspired
1051
People So Far..
Any facts, figures or references stated here are made by the author & don't reflect the endorsement of iU at all times unless otherwise drafted by official staff at iU. This article was first published here on 13th July 2019.