Audio production tools are specialised applications often focussing on replicating an analogue piece of equipment. A specific task or workflow in audio production would be implemented using multiple hardware units and configure them accordingly. Here's Signum Audio's story that excels in Audio Tech Products. Read ON!
This Page Has Inspired
1045
People So Far.. 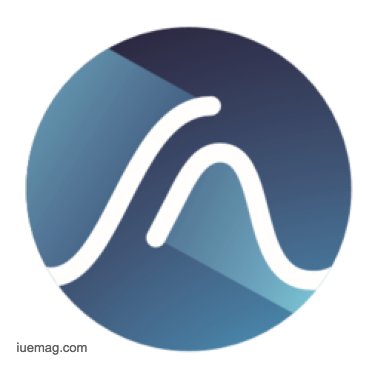 Can we get introduced to the Founder/s of Signum Audio?
Signum Audio was founded by Danjeli Schembri and Benjamin Durrenberger. We met at the game developer Rockstar North where we worked on titles like Grand Theft Auto 5 and Red Dead Redemption 2. We were responsible for developing and maintaining the audio tool set for all Rockstar games.

We are maybe a bit of an unlikely pair, Danjeli is outgoing and artistic whereas Ben is analytical. Maybe we are almost a bit stereotypical, Danjeli being from Malta and Ben from Switzerland. Anyway, we very soon realised our potential complementing each other personally and professionally. Thus, the idea of creating Signum Audio was born.

Could you share what the complete concept of Signum Audio is?

Our aim is to innovate audio production. We were already able to innovate at Rockstar but our tools were limited to internal use. We are quite excited about reaching more people with our technology. Coming from game audio we also approach traditional audio production with an open mind and fresh ideas. Workflow driven and User centric design are at the core of what we do along with complete dedication to the highest quality audio processing.

What led to its origination of this idea? What is the Vision behind this?

Audio production tools are specialised applications often focussing on replicating an analogue piece of equipment. A specific task or workflow in audio production would be implemented using multiple hardware units and configure them accordingly. In many cases this translated almost one to one to the software world. The learning curve of such fragmented solutions is obviously very high but it’s also not an effective way to work. Our vision is to provide tools/software for a specific task instead. This allows to streamline the user experience, configuration options, and processing steps, making the software more intuitive and saving time. 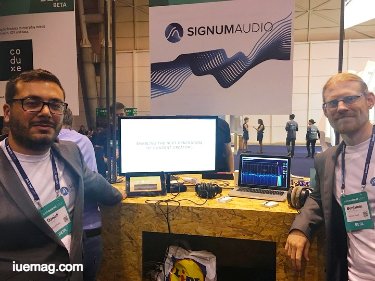 A significant amount of research and development had to be done initially. Developing technology and improving on current audio algorithms takes time. Having to spend a considerable amount of time and effort into R&D before even starting with product development requires to true belief in the venture, especially for a self-funded enterprise like Signum Audio. Being self-funded of course came with its own set of challenges - namely very limited possibility to scale and the need to enter the market in a much shorter time frame. This is not to say that’s a bad thing, it’s a challenge but a welcome one as it makes you focus on the most important things.

Could you share about your key products and some of its key features?

Our first set of tools (under the name Bute) deal with loudness compliance, one of the last steps in audio production. There are a multitude of different standards for loudness compliance in traditional broadcasting but also for online streaming.

One of the Bute tools is a standalone normaliser, which allows you to select a loudness standard and then normalise your audio to that standard with a click of a button. If you were to do it manually it would be a time consuming iterative process. You would meter your whole delivery, then adjusting problematic parts of your mix and then you would meter all your audio and adjust again until you hit the target loudness of the standard.

As part of this solution we’ve also developed a new limiting algorithm. A limiter reduces the dynamics of a piece of audio, it cuts off parts that go over a specified threshold if you want. This is used to ensure your audio doesn’t distort when some parts get too loud after you adjust the overall programme loudness. The difficulty lies in making this processing transparent – you don’t want your mix to sound different after loudness adjustments! We’ve employed many psycho acoustic tricks to trick the ear into not hearing the actual changes in the audio signal and we are very happy with the result and got extremely positive feedback for our new algorithm. 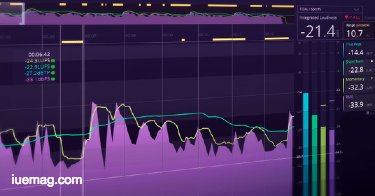 For whom do you think these products are most suitable for and why do you think it is important for them to adopt Audio-Technology Products of Signum Audio?

Our current loudness related tools are aimed at professional audio engineers and studios, predominantly in post-production.

That being said, our next set of tools are currently in development and will be aimed at music production, including bedroom producers and artists. Ultimately, we want to become go to providers of audio production technology for anyone working with audio, from individual audio enthusiasts to professional engineers.

How & Why is Signum Audio a better choice compared to the peers? How do you plan to tackle the competition from the other players in the Industry?

Audio quality is of course the first priority in audio production, but we don’t want to stop there. Sounding as good as or better than the top competition is just not good enough for us. We want to make working with audio generally more enjoyable – from modern clean user interfaces with a minimal learning curve to workflow support. We try to remove as much clutter and repetitive mundane work as possible so that there is more time for the creative side of things.

We are entirely self-funded. As mentioned earlier this of course comes with challenges but it also means we are in full control of Signum Audio. We can operate by our own values and standards and decide where Signum Audio will head in the future. We ourselves are audio and software enthusiasts and improving audio production is the main drive behind our work. Being self-funded provides us with the luxury of being able to take decisions in accordance with our own values and ideas without any influence and pressure from external stakeholders or investors. 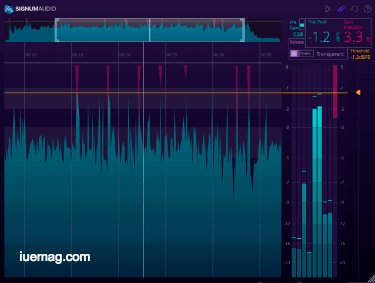 The company is still in an early stage but we’ve managed to gain quite a bit of traction. Last month alone we gained more new customers than the whole previous half a year. This was due to the release and very positive reception of our limiter plugin but even the other plugins benefited from the increased traffic. We also have a very good reception in the East Asian markets, which is much larger than we ever thought it could be.

Could you share some Testimonials for the products by Signum Audio.

“The traditional True Peak Limiter has the disadvantage of making too many sound changes and losing the sense of dynamics. Still, in the streaming era, our mastering engineers have to use it. But with the advent of Bute Limiter, the world has changed. There is no distortion, it is transparent and can switch musical characters. Above all, there is no disadvantage. I feel that it is the first True Peak Limiter that can be used without loss of musicality. Highly recommended. Thank you for the great work.”

“Bringing the epic stories in a CD PROJEKT RED game to life requires the processing of hundreds of thousands of lines of dialog. Bute Batch Processor has the speed and stability to handle the quantity, and transparent audio processing that gives us the high quality we demand for our games.”

Where do you envision the brand of Signum Audio to reach in the next 2-3 years?

Which are the geographical locations is Signum Audio currently used in? Any plans of expansions on the cards?

We had sales literally from all over the world. Our recently released Limiter plugin got very successful in Japan and East Asian countries and now a big portion of our sales are from East Asia. It’s interesting as we never specifically targeted this market.

What is your message for the other very Early-stage Startups & Entrepreneurship Enthusiasts for the kind of Attitudes to be followed in Life and in Venture?

It’s important to keep track of the big picture. Product development is only one part. Creating a brand and getting the word out, building relationships with customers and business partners are just as important. As with many things in life, there will be many obstacles and a new start is never easy, but if you put in hard work and keep pushing it eventually pays off.
Get the Latest & Recommended articles in your Inbox

This Page Has Inspired
1045
People So Far..
Any facts, figures or references stated here are made by the author & don't reflect the endorsement of iU at all times unless otherwise drafted by official staff at iU. This article was first published here on 12th July 2019.