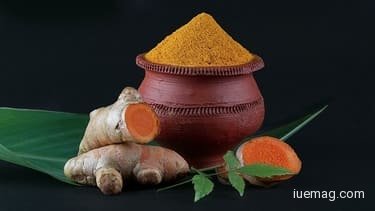 We all know that getting a balanced diet is a good thing – and in practice, that means eating a variety of vegetables and fruits. By eating a little bit of everything, so goes the theory, you’ll stand the best chance of covering every base.

But there are certain foods which confer particular benefits, which you won’t want to miss out on. Let’s take a look at some of the staples to introduce into your diet.

Turmeric is all the rage in health-conscious circles, thanks largely to its active component, curcumin. It has impressive anti-oxidation and anti-inflammatory qualities and can help you to deal with, and prevent, a range of neurological disorders.

You might think that chocolate is generally bad for you – and there’s no getting around its calorie density. But dark chocolate is an incredible source of antioxidants, as well as soluble fiber. It’s great for the skin, and for the digestive system, too. 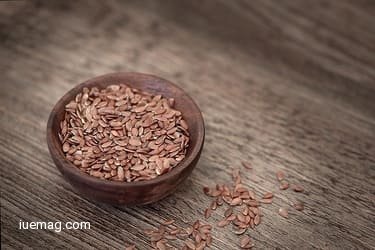 You might also see this one called ‘linseed’. Sprinkle it on top of breakfast cereals and salads, and you’ll get a powerful cocktail of protein, fiber, and omega-3 fatty acids, all of which are essential for the circulatory system while conferring a number of other side benefits.

Much like seeds, almonds are loaded with essential fats, proteins and minerals. And the almond is among the best of them. Great for snacking, especially for those who’d otherwise be munching on crisps and wine gums.

Cider vinegar confers several different benefits. It can help to aid weight loss, reduce cholesterol, and lower blood sugar. This is largely attributed to the acetic acid which comes from fermentation and lends the substance its characteristically sharp, sour taste.

You might be tempted to throw away the bones once you’re done cooking a sizeable piece of meat – but in doing so, you’d be wasting valuable collagen, which is essential in preserving the health of several different organs.

Another root vegetable, albeit one whose nutritional qualities aren’t quite as miraculous as turmeric. As well as injecting a healthy dose of heat into a roast dinner, it’ll also help you to keep your sinuses clear.
Get the Latest & Recommended articles in your Inbox

Subscribe!
Chilli Peppers Spicy food helps to support your immune system and boost metabolism, as well as acting as an anti-inflammatory. You’ll need to be careful with the dose, however; too much spicy food can put excessive strain on the gut.
What are your favorites among these?
Copyrights © 2023 Inspiration Unlimited eMagazine

This Page Has Inspired
1035
People So Far..
Any facts, figures or references stated here are made by the author & don't reflect the endorsement of iU at all times unless otherwise drafted by official staff at iU. This article was first published here on 21st July 2021.