How Viewing Sport via Live Streaming Has Become Incredibly Popular 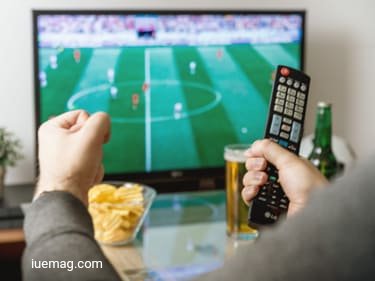 The technology that allows sporting events to be live-streamed around the planet has become hugely popular in recent years, meaning that it is now very easy to find a variety of games to watch online as they happen. How has this happened and what does it mean for sports fans?

How Streaming Has Arrived to Sports:

Sports events have long been the most popular among television audiences. The Super Bowl XLIX in 2015 attracted over 114 million viewers, making it the most-watched show in American TV history, while the final episode of M*A*S*H is the only show in the all-time top 30 that isn’t a Super Bowl game. In 2020-21, the top three most-viewed shows in the US were all sports-related too.

Therefore, it is no real surprise to see that the live-streaming revolution has taken hold in this area. Rather than being limited to the major events that are broadcast on the main channels, this move has meant that we can now catch just about any type of sporting event taking place anywhere in the world, just by going online.

Earlier this year, Amazon secured the exclusive rights from 2022 onwards to show Thursday night football, per The Verge, with an 11-year deal currently in place. With access to live sport being the main reason why over 40% of cable customers don’t end their service, the move to watching on streaming sites could be a crucial change that defines how many of us choose to view our favorite games in the future.

The Different Platforms That Exist

If we look around online, we can see that this massive level of demand has been translated into more live-streaming services appearing. Johns Hopkins University offers plenty of sports action for online viewers. Meanwhile, ESPN and CBS are among the big names that allow you to follow the action wherever you are, as long as you have an internet connection. On some platforms, you will only be able to hook up to a live stream if you are a current client of a cable service that offers the channel, while others are free to use by anyone.

Some of the biggest names in on-demand streaming TV services also include sports in their packages. These include Hulu, Peacock, and YouTube TV. Most of these companies focus mainly on shows and movies, with a relatively limited amount of sports. However, fuboTV is a good example of a service that has a strong sporting slant, with news and entertainment added in too. 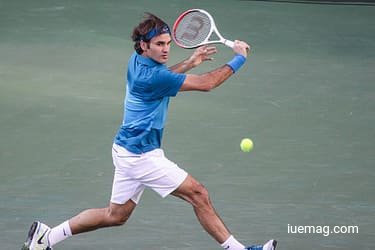 There are a few groups of people that are likely to benefit most of all from the switch to live streaming. For a start, those sports fans who simply love watching any type of game. If you prefer to watch football, basketball, or other sports instead of movies and shows, this trend means that you no longer need to wait around for some sporting action, as there is virtually always something you can view online.

The availability of live-streaming has also had a major impact on the betting industry as sports fans can take advantage of any in-game vents or patterns they have spotted through in-play betting. This list of betting sites from SBO shows us that some bookmakers also offer live-streaming to their clients. By offering live-streaming, customers don't even have to leave the site to keep an eye on how the match is going. This is just one of a multitude of factors that are considered in reviews on sites such as this as they also look at welcome bonuses and customer support among other things.

It could also be a big advantage for anyone who likes watching niche sports such as table tennis, snowboarding, and darts, as there is more chance of finding live events being shown on the internet than on your local TV channels. This approach also makes sense if you follow sports from other countries that aren’t often shown where you live, while the huge global popularity of soccer, as we covered here on IUeMagazine, means that it is easy to find games from different regions.

The ease of use and flexibility are other big advantages of live-streamed sports. In some cases, you just need to enter the site and hit the button to start viewing, while in others you might need to sign up or subscribe to the service. You can then watch on your computer, TV, or mobile device. This makes it a terrific way to find a way of watching that suits your lifestyle perfectly.

What Does the Future Hold?

It seems likely that the market for live sports streams continues to increase, as more people switch to this way of following their favorite sports on the internet. As more services appear, this should also encourage new clients to give it a try and see whether it suits them. With so many options and the list growing all the time, we can expect to hear a lot more about live sports streaming in the future.
Get the Latest & Recommended articles in your Inbox

This Page Has Inspired
1035
People So Far..
Any facts, figures or references stated here are made by the author & don't reflect the endorsement of iU at all times unless otherwise drafted by official staff at iU. This article was first published here on 23rd July 2021.