The Silence in the Dunes: Nature and Cultural Uniqueness of the Middle East 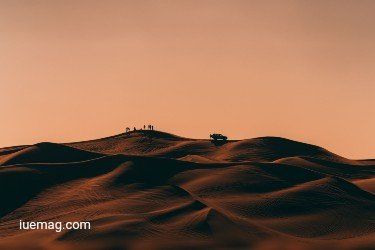 Traveling to the Middle East is a unique experience. The region's natural diversity not only includes some of the world's most beautiful deserts, but also lush valleys, seacoast, and snowy mountains. The Middle East is considered one of the cradles of civilization and it is therefore absolutely worth visiting for its rich history, exciting cities, welcoming people, and traditional cuisine.

In this article, we will present you to Saudi Arabia, Kuwait, and Iran. Along with information about historical and natural sites, we will introduce you to some important things you need to bear in mind when visiting these countries.

Saudi Arabia is the largest country on the Arabian Peninsula, famous for its rich history and beautiful nature. The country is home to the cities Mecca and Medina as well as of the robot Sophia – the first robot to be given legal personhood and citizenship.

The most cosmopolitan city to visit in Saudi Arabia is definitely Jeddah. The city's heart, Al Balad, was established 1,300 years ago as a gateway for pilgrims on their way to Mecca, and today it is a UNESCO World Heritage site. In Jeddah, you can enjoy diving in the Red Sea, its exquisite seafood, and the famous Red Sea International Film Festival.

Among the many natural beauties, a must-see is the Jebel Quaraqir plateau, which is cut across by a 15km long canyon. The breathtaking landscape includes half a kilometer high cliffs and peaks as well as a water stream that creates a green oasis in the desert.

However, Saudi Arabia has a pretty long list of forbidden activities. Some of these activities include smoking, public displays of affection, gambling, video games, playing loud music in public, drinking alcohol, wearing shorts, and lighting a barbecue. Some of the more peculiar bans are the ones doing the dance move called dabbing, wearing, or selling anything red on Valentine's Day, and jumping in front of someone in a queue. 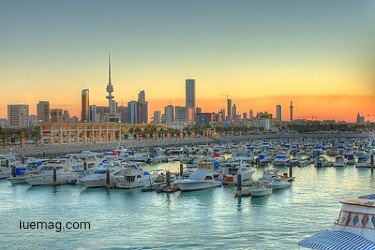 Kuwait is a small but rich coastal country with so much to offer – from culture and nature to shopping and fun.

The capital, Kuwait City, is a place where you can spend countless days. Enjoy the view of the city from Al Hamra - the tallest tower in the country, and try some delicious cuisine in the Liberation Tower's revolving restaurant. To get a taste of traditional shopping and food don't miss the old market Souq Al-Mubarakiya where you can get amazing bargains on everything from authentic souvenirs and antiques, Persian carpets and traditional costumes, to fish, fruits, sweets, and spices. The market also hosts two free mini museums - Sheikh Mubarak Kiosk and Kuwait’s first Islamic pharmacy. For more culture, visit the Grand Mosque and the Tareq Rajab Museum.

Kuwait is home to breathtaking sandy beaches and deserts. Beaches are free, but mind that to access beach parks and clubs you have to pay. Apart from the spectacular views of dunes; in the deserts, you can also enjoy camel rides and camping under the stars.

To have fun without getting in trouble, keep in mind the following rules. It’s illegal in Kuwait to possess alcohol, drugs, pork, pornographic material, or to gamble. However, while gambling is strictly prohibited, many online casinos and sports betting blogs like Arabian Betting, provide insightful information for casino players based in Kuwait, be they permanent residents or tourists. The main concern if you choose this form of entertainment, will be online safety and security, so take the advice found on arabianbetting and make sure the casinos you choose use high-level encryption tools like Secure Sockets Layer (SSL) to protect your data. When in Kuwait, also mind that public display of affection is commonly frowned upon and that crossing your legs and revealing the soles of the feet is considered offensive.

Most Middle East countries are Arabic, but Iran is not. Namely, 61% of the population are Persians and they speak Persian, also known as Farsi. King Reza Shah changed the name of the country from Persia to Iran (the land of Aryans) in 1935.

It is extremely hard to pick just a few destinations to visit in Iran. Persepolis, the capital of the First Persian Empire (c. 550–330 BC), is certainly not to be missed. Its marvelous ruins have been declared a World Heritage Site in 1979 by UNESCO.

If you are looking for amazing culture and architecture, the city of Isfahan is the best choice. Isfahan's historic community of scholars and intellectuals had a crucial role in preserving and developing scientific and philosophical knowledge of the ancient world, so the importance of the city has been compared to Athens and Rome. Today, the city is a combination of traditional and modern with a skyline marked by gigantic domes of mosques and palaces but also contemporary buildings.

For a unique natural site visit Hormuz Island in the Persian Gulf. Also known as Iran's Rainbow Island, Hormuz is famous for its amazing geological formations that resulted in the island's red beaches, the rock salt-forming fantastically shaped statues and domes, and the Rainbow Valley with white, blues, purple, red, and orange minerals. The island is also worth visiting for its wildlife, culture, and artistic events.

Keep in mind that Iranian authorities prohibit alcohol, video games, public dancing, the Zumba dance, some sorts of music, and keeping dogs. Blowing your nose in public is considered rude. Also, when in Iran, don't ever give a thumbs-up as it is like giving somebody the middle finger.

This Page Has Inspired
1037
People So Far..
Any facts, figures or references stated here are made by the author & don't reflect the endorsement of iU at all times unless otherwise drafted by official staff at iU. This article was first published here on 31st July 2021.