March 13: 5 POWER Lessons From 5 Leaders Who Made History On This DAY!

Reading success stories can incorporate the spirit of motivation in every cell of ours. The act of such cultivation is made to happen only by the inspiring lessons conveyed by these magicians who stood as a pride to the entire universe. Cherishing their stories alone is not sufficient; welcoming a change in our lives is what is truly important. Read on, to experience such a change.
This Page Has Inspired
1021
People So Far..
div class="article-full">

1. “Executing your responsibilities is as important as fulfilling your dreams.” 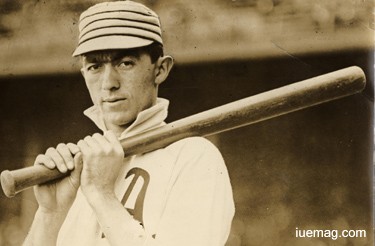 As a kid, John Franklin "Home Run" Baker never came across even a single circus tactic not cracked. When our interest completely embraces us, a hard and strong attempt to push our change-driven ideas to focus mainly on transforming the minuses to pluses, deriving merits from demerits, researching optimism in the every nook and corner of pessimism, makes you a true lover of your interest. The same is the description of what Baker invested his life on.

Called the "original home run king of the majors,” an American professional baseball player, a third baseman, Baker played in Major League Baseball. In an age designated by urbanization and drastic industrial growth, Baker manifested the essential attributes pressing on baseball's emerging idyllic character. The manner in which you are bought up can no way affect the journey towards your destination. Flavoring the same, baker, born and raised in a farmer’s family never limited himself from oozing out his heart, feel and focus on staring a sport born for him. Baker formed his powerful physical stature by working long hours on his father's farm. He was an energy pill to incorporate progress to his baseball team.

2. “Spotting a new island becomes possible only when you don’t miss to take a voyage around the ocean.” 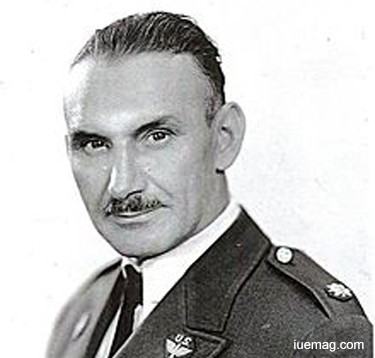 If you want something new for the world to witness, then it is indeed essential for you to sprout the grain of innovation rather than waiting for it to happen. An aerial photography pioneer and World War I veteran, Captain Albert Stevens was an ambassador of unparalleled thinking. Discovery happens only if you are ready to enter the risk involved and have the aspiration to experience the concealed thrive in you. The same outlined Stevens as a whole to feature the planet with newness. His hankering for innovation, convinced the Army Air Corps to enter high-altitude ballooning. Stevens' hard work in Explorer I and Explorer II led to a time-hallowed world record and many technological benefits.

He captured the first picture of the earth in a way that arch of the vista was clearly seen. Characterized by self-expression, he graded the quality of art and creativity by adding an essence of uniqueness. The abundance commitment and determination to make sure limelight decorates his ideas and enabled him to move ahead in his artistic abilities; he clicked the first photograph of the Moon's shadow which reflected onto the Earth during a solar eclipse. He, who clambered up the specially-built balloon and gondola named Explorer I and after encountering a great escape when the balloon envelop breached, serves as an idol for all of us to learn the heights of innovative adventurous skills.

3. “It’s simply okay to fail. There’s always another day and another way to succeed.” 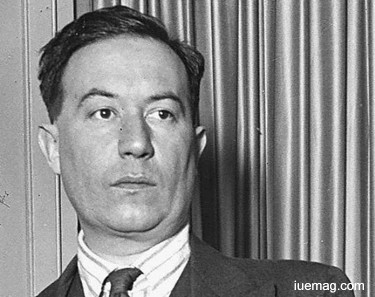 An avid and active sportsman, having been failed his medical exam as unfit for service, symbolized his identity as a formulator of the most constructive literary period of his age. Paul Morand, a French author whose short stories and novellas were reputed for their style, acuity and elucidatory power, was certainly an exemplar who proved that one shines in the domain which is pre decided for him/her by virtue. Hence, exploring as much as possible would definitely help us discover our purpose. What we have to pursue and achieve, is of course not possible to make it happen, with ease. But that’s what life is all about!

Morand was much appreciated by the high level society and his exquisite attitude projected him as people’s favorite. The Modernist and Imagist opposed racial, ethnic and anti-Semitic ideologies and some of his thought provoking and highly inspiring impacts include the some of his writings. Being a patron and inspirational figure, he extensively concentrated on fostering a wise sense of cognition in terms of gainfulness and sanguinity. He never hunted for ideas as certain times nature supports you for what you do because it majorly comprises the growth on the whole. The innocence in exercising his ideas to procure transcending pleasure was his main formula which led him to succeed in what he desired to do.

4. “True knowledge comes only with deeper understanding of a topic and its inner workings.” 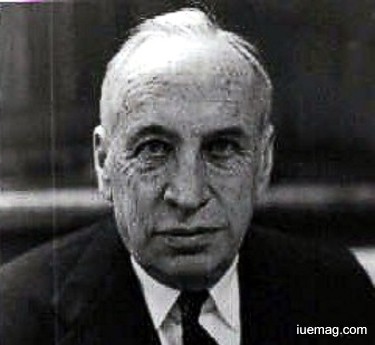 Foreseeing change, developments and upgrading, occupies the reality when accompanied with true and diligent work process that figures out conceptual circumstances, technicalities and foresighted outcomes. Understanding forms the cornerstone for invention, of any kind, to happen. Your profound touch of the wise convictions and notions become a reason for ingenious brilliance to tag the real grounds of earth. Moreover, you shall get ideas to rediscover if your attitude to learn more precisely skins you.

The effects of your works must not be focused on thinking about what others think and how your work would be received; it will take you nowhere. American physicist and mathematician John Hasbrouck Van Vleck was co-awarded the 1977 Nobel Prize in Physics, for his adherent contributions to his comprehensive understanding of the behavior of electrons in magnetic solids. It is usually said that foundation is something makes the pillar strong; laying foundation is a step ahead compared to learning the laid one. Called the Father of Modern Magnetism, J. H. Van Vleck established the fundamentals of the quantum mechanical theory of magnetism and the crystal field theory which facilitate a wide range of reforms and developments to arise. Figuring out what you are made for, at an early level helps you rock at what you want to.

5. “Self-analysis always has the power to drive your thoughts right.” 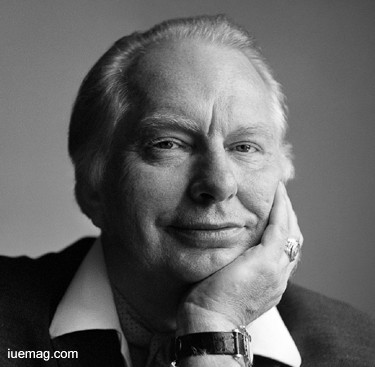 A lot of us are quite unaware as of why introspecting is important. It is more like a continuous self-counseling which enables you to improve yourself better as you find plenty number of answers for all your puzzles and questions. It is the key to turn yourself into a remarkable role model for the world to look up to.

When the whole universe opposes, criticizes and under estimates you, only your inner self abides by you completely and spending time solely with yourself every day is absolutely important; however never forget that you are the best source of help to yourself. Don’t look or wait for an external aid to do a favor to you as it never happens most of the times. Founding a thread of culture and wisdom in the mind of the society, Lafayette Ronald Hubbard devised his ideas into a broad spectrum of doctrines and practices as part of a new religious movement that he called Scientology. The founder of the Church of Scientology was the best writer whose writing served as the source of guidance for the Church of Scientology.

These motivating lessons which are all set to indulge a change in you and give rise to more nourishing dreams, would surely serve as a tool for you to not just improve your life but to actually build it right.
Get the Latest & Recommended articles in your Inbox

This Page Has Inspired
1021
People So Far..
Any facts, figures or references stated here are made by the author & don't reflect the endorsement of iU at all times unless otherwise drafted by official staff at iU. This article was first published here on 13th March 2017.
iU eMagazine
Editorial Team of iU eMagazine