March 16: 5 POWER Lessons From 5 Leaders Who Made History On This DAY!

You are sure to go back with a fresh and inspiring mind when you finish this read, with these lessons from the 5 great leaders born this day, whose journeys of persistence, courage, determination, innovation and humble sacrifices, shall live through eternity!
This Page Has Inspired
1024
People So Far..

1. “Nobody has a perfect life. Everybody has their own problems. It is all about how you deal with it in the perfect way.” 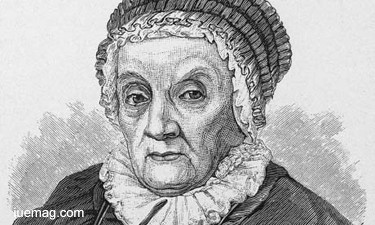 Orthodox views and her mother’s thoughts of labeling Caroline Herschel as a servant to serve the family by not educating her negligibly, affected her strong decision to win her life and make it a treat for others to learn from. Deformities, diseases and physical unfitness can never measure our potential which simulates all that we need to achieve what we are here for. Caroline was hit by typhus which retarded her growth. Sometimes dear ones (family) who must have faith in you, encourage you and accept you to uphold you, don’t support you. The same was the case in Caroline’s life: let her work as a maid for her entire lifetime was the decision her parents arrived at.

Focusing on Ideas to change the current reality is what helps you create a way to reach your destination rather worrying with what has already happened. She helped her brother with his passion for astronomy. Called the first lady of comet, she unfolded this opportunity into a great learning one and gradually started mastering the domain. She discovered 3 new nebulae and 8 comets during her life time and stood as a character of inspiration to fill in aspiration in the minds of all for tasting success. Stamping her deformities and challenging her challenges, she enlarged the list of awards, rewards, recognitions and appreciation; she also won the Prussia’s gold medal of science praising her work which she had done all her life. 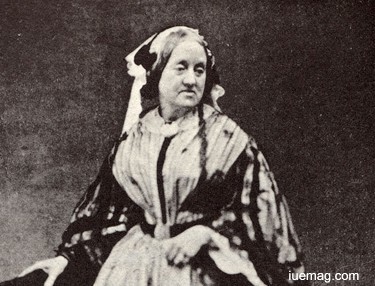 It’s important to explore and stay conscious to all that happens in and around you. You never know what turns out to be a turn in your life that introduces you to what you crave for. Take up all the opportunities which come to you, because you may get another opportunity but never the same one again. The step you take after discovering your interest is crucially important to stabilize the path leading to your purpose and desires. However, your true interest drives you significantly and consistently towards the treasure of success. Learn from Anna Atkins, a trained botanist who eventually widened her interest into photography and made it a point to give photography a place and form.

Known to be the first one to give rise to a book illustrated with photographs, she developed her interest in this field while recording botanical specimens. Her level of interest in photography reached a critical point when she decided to learn more and explore in it. To make it happen, she approached its inventor to develop skills and knowledge and produced images without using a camera. Revolutionizing traditional methods by new technologies of her times, she attempted to manifest that the medium of photography is scientifically useful and aesthetically pleasing.

3. “When you work with the intention to really learn, then awards, recognition and appreciations follow you by itself.” 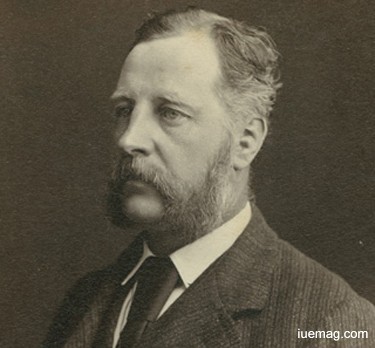 The same describes accurately, the life and deeds of Sir James Hector who got endorsements which weren’t even expected, rolling down towards him during his work as a result of his aspiring attitude to learn, develop skills and congregate knowledge in the line of attaining solicitude in his devoted field. The intense capabilities dwelling in the trained botanist, zoologist and geologist were revealed gradually in the course of his professional journey; he was suggested for the designation of a surgeon and geologist. Not missing to accept any opportunity that came on his way, he excelled as a field geologist, natural historian and explorer. His efforts and high quality of work granted him recognition which got him the attention of the government, which made way for him to direct colonial geological survey.

Knowledge once gained cannot be erased, it can only increase and expand across various prospects. It can create wonders when utilized in the right way. One instance which supports this fact is his deep studies beyond imagination in subjects of survey and functions of scientific museum and laboratory. Right application of skills and knowledge result into miraculous outcomes which can lay a remarkable difference in the society. The talented planner and organizer held the pride of being the only scientist to serve under government office. He became a true leader by not controlling but leading other science bodies to satisfy the emerging variant needs of people.

4. “Be the kind of leader that you would follow.” 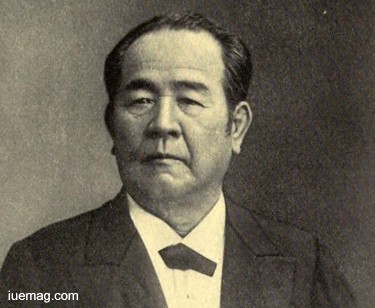 Leadership is the quality which rises beyond domination, discrimination, partiality and stands strong radiating optimism. A leader maps his vision to reality and succeeds in making it happen. Leader acts as a body of execution which decorates and adds life to imagination and thoughts featuring world’s growth which stabilizes the prosperous change in the minds and hearts of people. A leader is a motivator, influencer, change provoker and inspirer who create many more who aspires to be successful.

Shibusawa Eiichi, who led the development of Japan's modern society, founded around 500 enterprises and succeeded in managing all his ventures as he realized what his strengths and qualities. His vibrancy acted as a pillar which supported and devised progress to establish development in the world. Believing in growing together formula and realizing the essence of society empowerment, he was involved in more than 600 projects related to education, social welfare, and others. He mainly focused on spreading smiles and improving the living conditions of people. Understanding the importance of education and international exchange, he actively took part in social activities to grade up the lives of the needy. The wise mindset helped him introduce social reforms and founded the first modern bank.

5. “Let not your circumstances, gender, caste or race hinder your growth. Growth and success doesn’t have any other eligibility than passion and effort to achieve.”

Being a lady of stand-alone attitude who prioritized ‘success’ to be the main purpose behind her life, Rebecca J. Cole was the second African American lady to own an M.D. degree in the US. When you are truly are passionate about something, your senses will by themselves listen to what your heart states and your actions shall be automatically directed by the aspiration. The worldly barriers like race, caste, gender never held Cole from reaching her destination.

Overcoming all obstacles and demotivating situations, she successfully scored a medical degree by studying in female institution, which was formed and run by women. Looking ahead of the boundary line of profession would turn an ordinary into an extra ordinary individual. The same was learned and implemented by Dr. Cole, who focused on delivering dedicated and devoted service to uplift the downgraded and enrich their poor and unhealthy living conditions by nurturing their minds and cultivating clean habits in all sense which improved their life. She visited the poor and with care, she introduced a tinge of realization and education in them which helped them experience the real beauty of life. She truly remained beautiful by adjoining prettiness to not just her life but in the lives of the needy as well.
Get the Latest & Recommended articles in your Inbox

This Page Has Inspired
1024
People So Far..
Any facts, figures or references stated here are made by the author & don't reflect the endorsement of iU at all times unless otherwise drafted by official staff at iU. This article was first published here on 16th March 2017.
iU eMagazine
Editorial Team of iU eMagazine