March 18: 5 POWER Lessons From 5 Leaders Who Made History On This DAY!

Success is something which lures every life on earth; it knocks the thought of every dreamer. Here are the stories of 5 personages, whose lives are synonymous to the term, success. Scroll down to learn what really took them to achieve their ambitions.
This Page Has Inspired
1023
People So Far..

1. “A life is not worth living unless you dream and possess the burning desire to make those dreams come true!”

Your keen dedication towards what you want to achieve and the greatest priority which you have given to your dreams and aims pushes you into the flight heading towards success. A chain beaded by the list of your achievements is something which not just ornaments you, but the entire world which you live in. The ultimate weapon to stay alive in the hearts of the present and the future is to live and die only to achieve and grow to the highest possible extent, you wish to. Perseverance is the pill which wipes off your dullness and incorporates freshness to your different way of life. The term ‘different’ is the magnet which attracts the power of inspiration. Like the story of Sir William Randal Cremer, yours too can act as a lesson if you deserve your desires by pronouncing dedication at every step of your life.

An English Liberal Member of Parliament, a pacifist and an outstanding advocate for international arbitration was the Nobel Peace Prize awardee, well deserved for his work in the international arbitration movement. Born in a working-class family, he understood the reality and appended knowledge through free lectures. He was then apprenticed as a builder, who developed into a skilled carpenter. Moving into various aspects of life, he actively demonstrated his talents and climbed up to the position of a labor head; further, he was appointed the Secretary of the International Workingmen's Association and he later participated in progressive causes to revolutionize world. 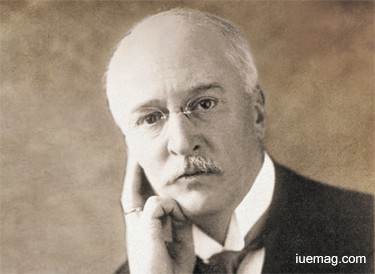 The world will honor you for all that you contribute if it uplifts the life of another. Urbanization and modernization has increased the level of comforts in our lives but working hard to produce these comforts is not an easy task. Along with patience, dedication and skills, wisdom to handle all that comes to your way is also equally important. It may be easy to handle a failure but definitely takes a lot to handle a win because victory doesn’t fetch you fame in small doses. Known for the invention of the diesel engine, Rudolf Christian Karl Diesel carved his name on his creation which is considered outstanding till date. The mechanical and thermal engineer added meaning to the knowledge he had gained and aims he had set by inventing one of the trend setting asset on which the world relies even today. He became the reason to devise an everlasting eternal idea which created a revolution. Devotion towards the purpose of your life must be constantly recalled to fulfill it at a faster rate.

Conceiving an idea of developing an internal combustion engine (diesel engine), he approached the theoretical efficiency of the Carnot cycle. Having not completed his studies due to ill health, he transformed his wait time till the next exam commencement, to a productive span which practically taught him about how to engineer gadgets and other machines. After graduating with highest academic scores, he continued to more deeply explore about machines. 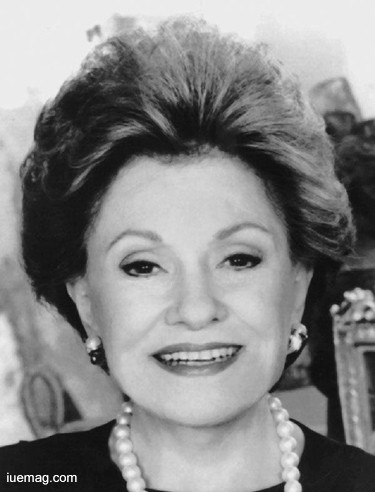 Has any of your success been achieved all alone? Knowingly or unknowingly the entire world, in some or the other way would have lent you a helping hand which got you where you are in life. Gratitude is the right attitude! Enkindling positive and nourishing vibes in the lives of others, enables prosperity to quiver in the world. A wave of smiles can be given rise to and quality of our society can be graded up when the concern on the needy is converted into an action which up lifts them.

The same was the objective of Lillian Vernon, an American businesswoman and philanthropist who founded the Lillian Vernon Corporation, was the first company traded on the American Stock Exchange founded by a woman. She focused on women’s literary skills and started prestigious creative writing program, which behaved as a medium of what they conveyed to reach the world. Her ideas and business launches were best received and applauded. Employing her brain to do all the needful for making her idea a successful one, she strongly believed in gifting fortune and spreading joy. Hence, she concentrated on ‘giving’ through her charitable trusts to support people. Her ideas for women captured wonderful response and growth which is an inspiration to a lot of aspiring women achievers out there.

4. “To do more for the world than the world does for you – that is true victory of life.” 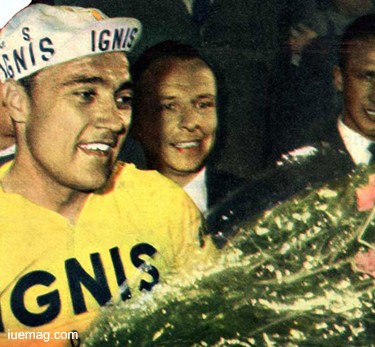 Our mother earth, the ultimate care taker has showered upon us immense gifts in life. Fulfilling our basic responsibility of looking after who nurtured us, showing care towards who cared for us reflects our sense of loyalty. It’s not about repaying what we gained but it’s all about showing a token of gratitude for having received care, concern and growth. Here is the journey of Miguel Poblet i Orriols, a Spanish professional cyclist, who worked towards a better environment; he also had over 200 professional wins.

Not everyone is blessed with supportive families. But Miguel was lucky in this case as his dad encouraged his interest in racing and provided him all the necessary equipment. Though he entered the profession at his teenage, his career didn’t see an elevation easily. It was not until the Tour de France which offered him an opportunity to win the opening stage.

His journey teaches the important to do whatever you do with spirit and attitude of giving your best in order to excel and grow faster in life. He was the first of the three riders to win stages in the three Grand Tours.

5. “It’s your skill to utilize your talents in the right way, that matters more than the talent itself.”

Always remember that the skilled ones stand more deserving than anyone else when it comes to profession. People who have reached and faced all aspects of challenges which life has offered, need not explicitly work on scoring skill as it would have inherently integrated with their persona of life because nothing else than life can behave as an ideal teacher. Understanding and accepting the same, Nathanael Greene Herreshoff found a way to stem his life which further branched out to serve as an example for others to connect with and learn from.

American naval architect, mechanical engineer, and yacht design innovator produced a succession of undefeated America's Cup defenders. Founding Herreshoff Manufacturing Company with 20 employees initially, he, along with his brother, became a reason for his company to hold over 400 workers. His highly intense skills in engineering expertise contributed enormously to the growth of the organization. An accomplished sailor’s highly wonderful imaginative abilities led him structure the best of the fine design to model boats which are regarded as marvels even today. The technical strategies which he got to implement made him renowned for all that he did. Holding the credentials of designing the first steam-powered fishing boat and the first steam-powered spar torpedo boat, he remains an indication to his significant innovative rhythm which he nurtured right from the beginning till his last breath.

When you are taking the route to success, you are sure to reach a particular point where the closest circle in your network might also be against it. If you really wish to achieve something in life, remember, you have to stand strong and abide by your decision even if the world is against it. We believe that the guidance you’ve gained from the life instances of these achievers shall definitely help you stand against every challenge that you shall face, overcome them with the same strength that these personalities had, and achieve your dreams the same way they did.
Get the Latest & Recommended articles in your Inbox

This Page Has Inspired
1023
People So Far..
Any facts, figures or references stated here are made by the author & don't reflect the endorsement of iU at all times unless otherwise drafted by official staff at iU. This article was first published here on 18th March 2017.
iU eMagazine
Editorial Team of iU eMagazine