March 29: 5 POWER Lessons From 5 Leaders Who Made History On This DAY!

Every one of us always wants to learn the secrets of success and excel at what we do. These lessons from the lives 5 most eminent leaders born this day, are sure to enable us to earn our achievements.
Tweet
Views
1014

1. “Your solid urge to excel at what you do and master it, always leads to victory.” 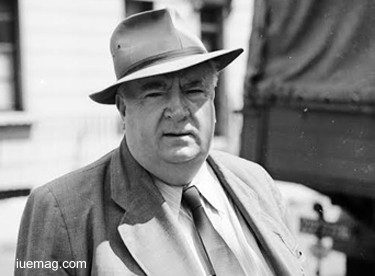 What really decides your victory are the attempts you make, the steps you take and the commitment you stick to, in order to move in the line of progress. You will truly win when you understand your relation with your interest. Alfred Neubauer realized what his interests meant to him and he also figured out how to add meaning to his curiosity. His immense and wonderful talent would remain undiscovered if he had not taken up chances to act after learning.

His hunger to establish what he dreamt of, let him become the Mercedes-Benz racing chief. For his perfection, he was rated the best, for the kind of service he gave. He led the biggest team in automobile history when he was only 26. This was the impact of an intense desire for being the best. He gained prolific knowledge about cars and motors as he had come out of the comfort zone when he was repairing motor vehicles.

In order to take his interest forward, he joined a car manufacturer’s company where he served as a chief tester. Expanding and fulfilling his crave for learning more, he took part in races and decided to stand as the fastest racer when he realized that he wasn’t one of them.

2. “Inhale achiever’s ideas and exhale the action which takes you there.” 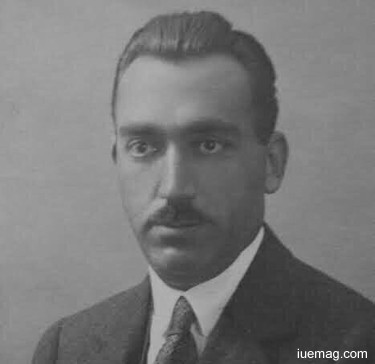 Enea Bossi, Sr. dreamt something which would highlight his life among many. The overall outcome of leading your life must be a medium to influence and inspire others or an impact which lasts forever in your name. He struggled to shape what is called as life journey, very minute and every second of his life. Master your dream, inspect it well and introspect the reality for fitting your dream well into the real world. If you don’t fulfill your dreams then would there be any meaning for the life we lead? Along with just living our life, leading it is what makes the difference.

The Italian-American aerospace engineer and aviation pioneer built a dream of creating the world’s first stainless steel airplane and he mapped his dream to reality at all costs. Despite all the hardships, obstacles and criticism, he stabilized his mind power and congregated it to produce what he dreamt. The success formula which led him succeed was to visualize and feel as if you’ve done it physically on this real world and to respect his mental creation with maximum possible faith.

Like many of those who walk the path of success, he also had to face a lot of challenges; financial challenge was one of it. Since every problem has a solution, he temporarily took help from his father and focused intensely on working on his dream idea. Gaining knowledge by designing the Budd BB-1 Pioneer, the first stainless steel aircraft, the Pedaliante airplane, he was titled the first fully human-powered flight.

3. “When your effort to look for opportunities is pure and genuine, you are sure to end up finding or even creating one.” 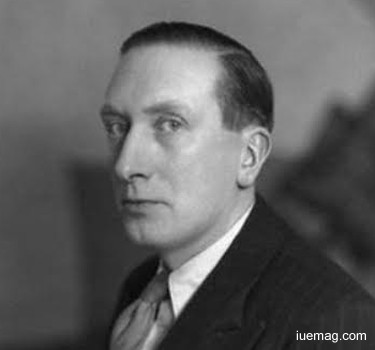 If you want to achieve something and expect the world to look up to you for inspiration, then you got to do it and only you can do it. We know about a lot of achievers and would have read about a couple of them. Sometimes, people who are right around you and with you would grow very tall to touch the peak of success. This might seem quite impossible for a few and some may find it hard to accept it. On the whole, we get wonder struck and think of how they did it and not us when we also have the same amount of knowledge, abilities, and mindset which I too had. Well, it is simple, what you lack is the thought of coming out of your comfort zone. Setting lessons into action, earning from failures and bettering every next attempt are the keys for Sir William Turner Walton to become what he wished to.

The English composer served for sixty-years and he inked music in several classical genres and styles which gave rise to stacks of books. The creative minded Walton showcased his talent and personality by finding opportunity to learn right at home from his father, church choir master. He fostered his talent and rooted it deep into his self by learning from every aid and source he found: his own intellectuality, teacher’s guidance, music school’s assistance and more. His works including Façade, the cantata Belshazzar's Feast, the Viola Concerto and the First Symphony are best remembered.

4. “When you journey the path towards success, never look back even if the path is full of hurdles. Remember, beautiful roses are born between thorns.”

You know what you want in life; You know what you have to go through in order to get what you want. Many times, we strive hard, learn, explore and pave a way that takes us to success but when we start our journey, we tend to deviate, slow down or even stop. Anything may be the reason, stable decision and mentality to courageously face life will help us stay devoted to where we want to go.

Samuel Moore "Sam" Walton  was an American businessman and entrepreneur who made himself strong and rigid to glue onto success. He founded the best known retailers, Wal-Mart and Sam's Club. He realized that founding alone was not his destination and hence, he never stopped. He briskly shaped and molded efficient and healthy moves that added a lot of value to all his desires and decisions. He was a reason for Wal-Mart to grow and become the world’s largest cooperation.

Though being small, he explored life by taking up wide variety of jobs to increase his family’s income. Learning a lot from life itself, he added value to the way he lead it. He understood the definition of perseverance and dedication right from his school going age and instilled prosperity and ability to progress, into him at every stage of life.

5. “Remember why you started every time you plan to quit.” 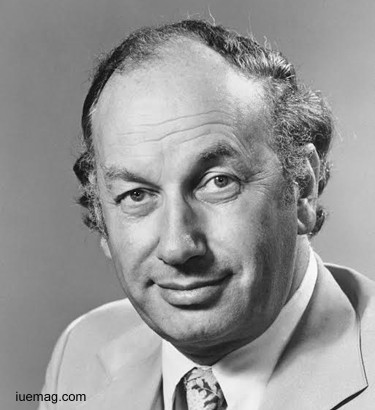 Everyone here on earth is born for a particular purpose. We live our lives but alongside, trying and finding out what our purpose also is equally important. The reason behind our birth is to introduce ‘good’ into the society. A deep analysis of the “why” of your life would help you become a better person.   Always remember that our lives have a fixed span and within which we got to prove ourselves. Do you know when your journey may take a different turn? Predicting life in itself is unpredictable, so never wait. ‘Wait’ will not fetch you what you want.

With the same realization, Sir John Robert Vane, an English pharmacologist played an active role in understanding how aspirin produced pain-relief and anti-inflammatory effects. His quality of work led to the development of newer treatments for diseases related to heart and blood vessels. The Nobel Prize awardee made discoveries in prostaglandins. Getting a chemistry set as Christmas present eventually sought his interest towards experimentation, which turned into his passion. He gained practical knowledge at home itself by conducting experiments and learning from them. By utilizing what was around, his father built a shed for him which became his real laboratory for chemical experimentations. His knowledge and interested soon expanded into different levels and fields and finally got him where he was destined to.

We never know what happens tomorrow. We can’t change what happened yesterday. All we have is today. Make it meaningful and focus on adding life to your dreams and fulfilling the purpose of your life with all the aid you’ve gained by these educating life experiences.
Get the Latest & Recommended articles in your Inbox

Any facts, figures or references stated here are made by the author & don't reflect the endorsement of iU at all times unless otherwise drafted by official staff at iU. This article was first published here on 29th March 2017.
iU eMagazine
Editorial Team of iU eMagazine
Most Loved On iU
Have something to share? Drop us a line below!
People who loved this also loved