March 3: 5 POWER Lessons From 5 Leaders Who Made History On This DAY!

In spite of having all the sources of support and highly influencing environment, we seldom fail to grow and learn to the fullest possible from what is made available. But the following 5 past personalities truly achieved by keenly dedicating their entire life to grow, improve and gain knowledge to excel at whatever they did. They have left behind, plenty of guidance in the form of their way of lives. Continue to read to know more about the legacy they created.
This Page Has Inspired
1050
People So Far..

1. “Don’t go searching for new ideas. Let them stem from what’s deficient in the world.” 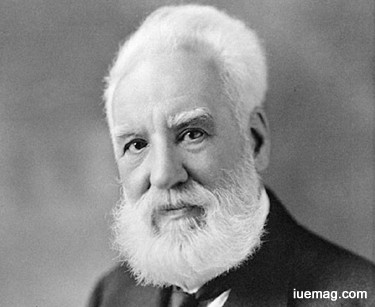 Alexander Graham Bell’s preoccupation with his mother's deafness provoked him to study acoustics. His research on hearing and speech made him forge experiments associated with hearing devices which gradually appended Bell’s list of achievements with the first U.S. patent for the invention of telephone. His mother’s and sister’s battles with hearing problems acutely influenced Bell to transforms the inabilities around him into a code for heralding his motive of living his life. Many other inventions marked Bell's later life, including breathtaking work in optical telecommunications, hydrofoils, and aeronautics.

The real hunger to bring about a change dwells in the one who serve as a solution to small but significant problems faced in daily routines. Bell’s friend ran a flour mill and his characteristic property to explore made way for him to prospect the mechanism. He understood that the wheat had to be de husked through a tedious process and at the age of 12, Bell invented a homemade device that comprised rotating paddles with sets of nail brushes, creating a simple and firm de-husking machine.

He improvised his experiments to transmit sound by inserting a telegraph wire from his room to that of a friend. Bell's initial work on the harmonic telegraph had entered a formative stage. This success never caused him to settle and relax; Bell experimented with phonautograph. One of the reeds was accidently plucked and Bell, at the receiving end, could hear it’s tune. This laid a foundation for the first telephone to evolve.

2. “The fire of passion can begin to light, at any instant of your life, irrespective of your position and profession.” 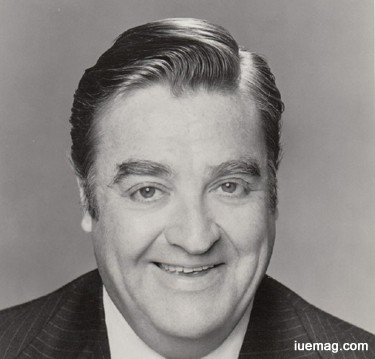 Skill to recognize what you are good at, is a skill too! At some point in our lives, we come across situations where we tend to realize what is awaiting our perseverance. This may happen by the various incidents occurring in our lives or by the feeling of satisfaction we procure by doing something which we like or may be by the pre-defined fate which takes us in the line of our passion. Bind your heart to what suits you to enjoy a contented life filled with joy. Staying sensitive to the smallest of the smallest vibes and raging feelings within yourselves help distinguish between what you are destined to and what you are onto just for the sake of it.

Meet Barney Martin, an American actor, comedy writer and detective at New York City Police Department. Working as a NYPD officer for twenty long years, pursuing his top rank in his career as a detective never stopped him from throwing light on his passion. It was not until the incident which made his colleagues laugh due to Martin’s sense of humor, that he was able to discover his strong interest which further enabled him to contribute ample in his desired domain of acting and comedy writing. The quality of humor was what which led him fly high in his passionate genres and begin as a comedian entirely during his career as a police officer. Martin once commented that many Jewish Seinfeld fans told him how much his character reminded them of their father. Now is the time for all of us to replay all the instances and to introspect ourselves to discover our interest and the field of work which is waiting for our contributions.

3. “All of us all are familiar with the ways that shall lead to perfection. Inculcating and practicing them, differentiates a common man from an achiever.” 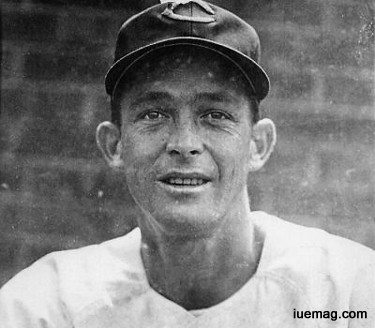 When none of us are born perfect, what’s the point in degrading ourselves and quitting because our attempts failed? Who is not criticized in this world? But listening and reacting to criticism must strictly not be our motive of our lives. Most of us fail in many of our attempts but Barney Robertson Martin made repeated and sincere attempts to succeed and was called ‘a fighter.’

The American baseball pitcher appeared in just one Major League Baseball game, but owned a respectable ten year minor league career. He compiled a 44-43 record and earned run average in five seasons which acted a silver bullet that earned him his place in the big league club. Martin got out of his first inning of work secured. In his second inning, Martin compiled a 17-6 record with a 2.14 era.

His overall minor league stats include 104 wins versus 74 losses in 245 games. His minor league ERA was 3.35. While pitching for Columbia, he was the team's bus driver and was also a railroad engineer for Southern Railway. Perseverance hikes up with increasing urge to succeed. Martin didn’t give up on any way which would take him towards his aspiration.

4. “Visualize what you want to create and develop it in your mind before creating it.”

Highly praised professionally and personally, he believed that fashion dies when you take it too seriously! Perry Edwin Ellis was an American fashion designer who founded his eponymous sportswear house. Ellis' influence on the fashion industry was witnessed as a significant transition, because he introduced new patterns and varieties to a market which was covered with a flavor of traditional men's clothing by dreaming and examining them through his inner eyes.

He founded his growth by starting in a department store overseeing growth and experience in the fashion industry. Becoming the co-founder of Richmond retail shop A Sunny Day, he later joined the sportswear company John Meyer of Norwich. Gradually, Ellis presented his first women's sportswear line, called Portfolio. Sometimes, strategies and tactics serve as the key requirement compared to skills. This was the situation he came across too; although he could not sketch, he knew exactly how the industry worked and mastered the art of innovating ideas and developed 'new classics' that American women yearned for. Ellis, together with The Vera Companies' parent company, established his own fashion house, Perry Ellis International. As the company's chairman and head designer he later developed Perry Ellis Menswear Collection was highlighted by "non-traditional, modern classics". Step by step, he added shoes, accessories, furs and perfume which all bear his name. Serving as president of the Council of Fashion Designers of America (CFDA), his work is still seen incredibly influential even after 25 years after death, though he worked as a designer for less than a decade.

5. “Success lies in not limiting yourself at any point of life.” 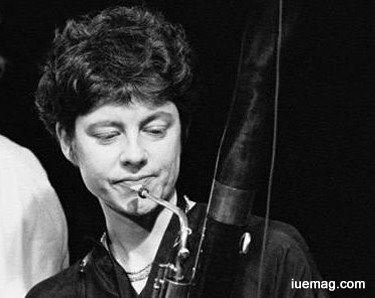 Most of us often tend to wonder how versatile achievers manage to give their best in all that they do. Some of us wonder how a person could be blessed with talents in many different genres. The only answer is that each one of us is blessed with immense vitalizing abilities that favor us in extending our knowledge and power to make a difference in any and every domain. This further helps us to improvise and move closer towards perfection, to bring about a change and thereby crediting ourselves with pride and also make a swift landing to our destination.

Lindsay Cooper was one of the principal composers who contributed a number of compositions to the band, Henry Cow. Collaborating with a number of musicians and co-founding the Feminist Improvising Group, she wrote scores for films, TV and a song cycle which was performed live around the world in 1987; she also recorded a number of solo albums.

An English bassoon and oboe player, composer and political activist, Cooper was diagnosed with multiple sclerosis in the late 1970s but did not disclose it to the musical community because her passion was everything to her and didn’t want her health to become an obstacle. However her illness, later, prevented her from performing live. Being a part of a band for a year, she changed her entire approach to music. She adjoined oboe and flute to her instrument repertoire, and started doing session work for other musicians. The nature of the group which she belonged enabled her to expand her musical horizons and experiment with new ideas. She also started playing soprano saxophone and piano and began exploring improvisation techniques.

Lessons are said to be learned only when implemented. Manifesting the same, most people today have created their own paths to succeed. Yet, the aspiration to win could be fulfilled when the above life experiences are prospected. Implement these lessons to inaugurate your list of achievements.
Get the Latest & Recommended articles in your Inbox

This Page Has Inspired
1050
People So Far..
Any facts, figures or references stated here are made by the author & don't reflect the endorsement of iU at all times unless otherwise drafted by official staff at iU. This article was first published here on 3rd March 2017.
iU eMagazine
Editorial Team of iU eMagazine