March 4: 5 POWER Lessons From 5 Leaders Who Made History On This DAY!

It is very common that we get captured by the feeling of having done plenty in a very little time. But almost every time, it is just that we have mistaken. The fact is that, we hardly do things which are really influencing. Learn from these 5 stories which highlight the essence of the track each of us must follow to ripen the purpose of our lives.
This Page Has Inspired
1047
People So Far..

There is no doubt about staying secure in every aspect as long as you abide by your passion, and learn through every small thing you do. You are your own guide! Aid from external sources definitely impacts your growth positively, but at the same time, prospects with regards to development and perseverance lights up the path leading to victory, only when the sense of realization prevails in you. The term ‘self-made’ often seems to be complicated to a whole lot of people but the essence of succeeding as a self-made achiever is the relation, which the achiever holds with his passion.

Laurids Lauridsen de Thurah (Lauritz de Thurah) was a self-taught architect who learnt herself by scrutinizing the erected buildings around. The popular Baroque style inspired this self-made architect all throughout his journey. When the whole world was impressed by the new styles which took form instantly, and when the alternative architects mastered the trending vogues, Lauritz continued to pronounce Baroque style and never moved away from it, thus raged as a devout artist. He later arouse as an engineer and ranked a post of the captain. He built the Eremitage Palace, a luxurious hunting lodge. Alongside, he wrote several important treaties on Danish architecture.

2. “Let your deeds succour the needy. You will be remembered, not by your wealth, but your deeds.” 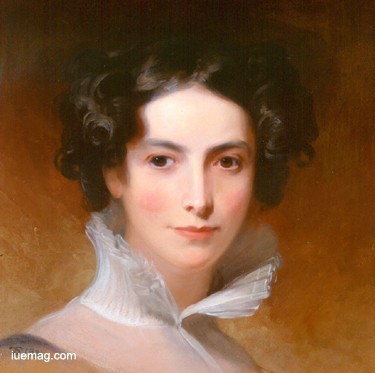 When we wish for a helping hand during the hardships which we face at some point of time in our lives, the same is expected by the world which acts as a mirror. None can live all alone without any kind of interaction and support from the society. It is, in fact our responsibility to help the lives of the needy to prosper and decorate the world with smiles. A woman’s courage could ooze out as a volcano to protect, help and establish bliss in the society by instilling positivity into the minds of the residents of the world.

At the age of 20, Rebecca Gratz, a prominent Jewish American educator and philanthropist, helped establish the Female Association for comforting women and children in tough and unfavorable situations which took care of women whose families were suffering after the American Revolutionary War. As there was a need for an institution for orphans, she was among those salient persons in founding the Philadelphia Orphan Asylum and served as a secretary of its Board. Gratz supervised the development of "Hebrew Sunday School” for which she served as both its superintendent and president. A founding member of the Female Hebrew Benevolent Society, she supported the foundation of a Jewish foster home. It’s time for us to contribute our part to make this world a better place.

3. “You will be forever remembered only when your journey can add value to another life.” 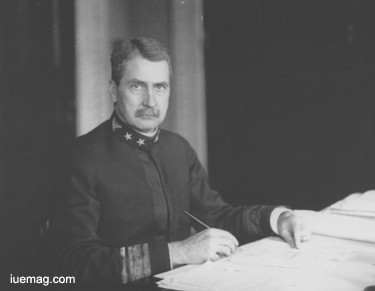 Everybody lives but very few lead. The experience of pure joy and immense happiness is obtained when your journey becomes the example for another. We are all capable of creating wonders by making extensive use of the energy we possess. David Watson Taylor stands as an avid exemplar to the fact that growth characterizes an achiever completely when knowledge combined with skills and spirit embrace is incarnated in him/her.

Taylor was a naval architect and engineer of the United States Navy. Creation of 80 models with systematically varying proportions and prismatic coefficient by him, marked his true success which can never be overridden. Receiving the highest honors of the Royal Naval College, he became chief of the Bureau of Construction and Repair. Taylor applied the principles of hydrodynamics to the problem of aerodynamics. Following this new field of aviation, Taylor became one of the foremost authorities in the world in aerodynamics.

It was not that Taylor had an extraordinary talent, but it was only the fact that he utilized his capabilities in an extra ordinary manner and consistently carved the determination throughout his life. He became the reason for the major developments, which activated the inner urge of people to prove themselves to the world.

4. “It is a must for us to start at some point of time in our life, by rising beyond the limitations and challenging circumstances.” 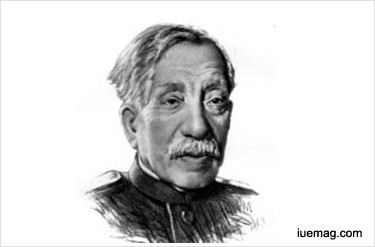 Taking the very first step to start is the most challenging part, after making a decision to accomplish our goals. Alongside discovering the purpose of your life, unfolding your strong will power into actions molding your success is what adds life to the path taking you to success. If the start is made, then with a little amount of dedication and determination, you are sure to climb up the ladder of success. Illustrating the same, at 12, Boris Grigoryevich Galerkin started working as calligrapher in the court because the family’s income which was earned by selling the home crafts was not sophisticated. He had finished school but still needed to clear exams from an additional year which facilitated him to continue education further. Life tested him again: in order to gain financial support, Boris Grigoryevich studied at the institute, worked as a draftsman and also gave private lessons. After graduating from the institute, he became a member of the Russian Social-Democratic Party.

The sincere efforts in turning a tough situation into a fruitful one drove him towards success. By making a start, the first step to achieve, he stands as an inspiration to the world. The initial start pushed him further to witness a grand success, enabling his life experiences to teach the present young generation. His story clearly depicts that one must first begin to traverse through the chosen path to head towards success inevitably.

5. “Be the one who is able to grandly design ways to face the unpredictable yet contemplated life.” 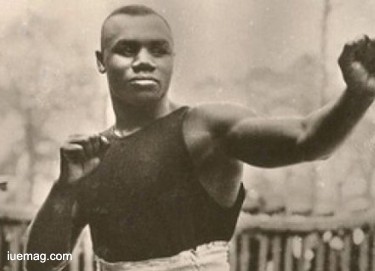 Life cannot really be planned always. ‘Going with the flow’ attitude often acts as a boon to mold and hike up the quality of your life and the style of leading it. When we are ready to accept the unalarmed situations with sportsman’s spirit, victory follows. We never know what might happen the very next minute yet we try to give our 100 percent to figure out what our destiny is and try to plan how our life needs to be, although those plans may or may not work. That’s the whole beauty of life!

Sam Langford fought from lightweight to heavyweight and defeated many world champions and legends of the time in each weight class. Although Langford is often reputed as the greatest fighter to never challenge for a world title, he fought World Welterweight Champion Barbados. In 1923, Sam Langford fought and won Boxing's last "fight to the finish" for the Mexican Heavyweight title. His last fight was in 1926, when his failing eyesight finally forced him to retire. Langford was 43 years old and completely blind. Close to $10,000.00 was donated by fans to help Langford, when the situation was explained by the newspaper. Eventually funding was obtained, to pay for a successful eye surgery. Langford was enshrined in the Ring Boxing Hall of Fame and Canada's Sports Hall of Fame in 1955.
Get the Latest & Recommended articles in your Inbox

This Page Has Inspired
1047
People So Far..
Any facts, figures or references stated here are made by the author & don't reflect the endorsement of iU at all times unless otherwise drafted by official staff at iU. This article was first published here on 4th March 2017.
iU eMagazine
Editorial Team of iU eMagazine