March 7: 5 POWER Lessons From 5 Leaders Who Made History On This DAY!

Each of our talents, strengths and capabilities are unique and immense.  What action we take to demonstrate them to the world is what makes us different from others around. Here are lessons from some of such unique leaders who have a left a mark of their own in the world!
This Page Has Inspired
1028
People So Far..

1. “Strength with in you, your mindset, is proportional to the time you shall take to unfold your potential.” 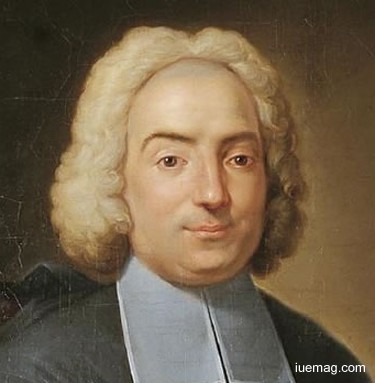 The fact that our mental status reflects our performance, cannot be denied. However, no matter what we undergo psychologically, sometimes, we succeed in all that we do because of our strong desire to achieve. Our interest nurtures us the whole time! Letting our minds open to the world’s ideas would help us discover our passion, which glows our life further into lime light. Meet Filippo Juvara, the most renowned Italian architect of the 18th century, highly talented designer with adorable imaginative skills. He grabbed all the learning opportunities which came across him right from the beginning. As he was influenced by the fantasy around and his father’s trade, he encouraged to turn himself into a prolific stage designer.

He was asked to forget whatever he learnt and start from the scratch, when he met Carlo Fontana, the sparkling architectural teacher of the era. All his life he designed ornament and decoration in a rich and exuberant style, but the classical discipline he learned from Fontana provided an effective restraint. Dedicating his entire life to innovate and culture new classical and vibrant styles, appearances and perfection, he remained one of the most blessed designers of the world. His openness to receive classical style helped him produce wonderful combinations of classical combined exuberant styles.

Initially he worked as a silversmith but soon strived to develop his imaginative, artistic, fantastic and many other skills envisioning his life as a designer. He studied the elegant Baroque architecture and gained renown for his bold stage designs, creating over a thousand drawings, including vast imaginary schemes, studies of real buildings, funeral decorations, coats of arms, and book illustrations and more, which helped him lead and repute his domain.

2. “A leader is the one whose work can bring happiness in the lives of his/her followers.” 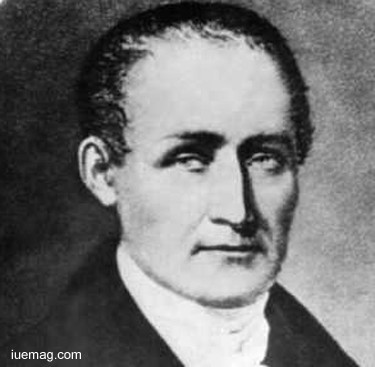 The world has 2 sets of people; first, people who utilize their complete potential, knowledge and skills to innovate and invent. They do all of it to project their talent to the world. Second, people who study the sufferings which our society is going through and keenly analyze and do something about it in order to end the grief. They become the reason for people to lead a better and a happier life. Nicéphore Niépce belongs to the latter set who showered the next face of technology- permanent photographic image.

Though born in a rich family, his hunger to prove himself never faded. His poor skills in drawing and inability to obtain proper lithographic stone locally, inaugurated his decision to define a way to produce images automatically. Hence, he began with experimenting with then-novel printing technique. He further attempted photography, which he called heliography with a camera. He made a view from his workroom on a pewter plate, this being the first permanently fixed image from nature. Though, he couldn’t lead the advances of his invention, it served as one of the grand opportunity to the future to learn from it and give a new life to the domain of photography.

3. “Create a progressive ladder in your mind by visualizing your dreams, which shall bring them into reality.” 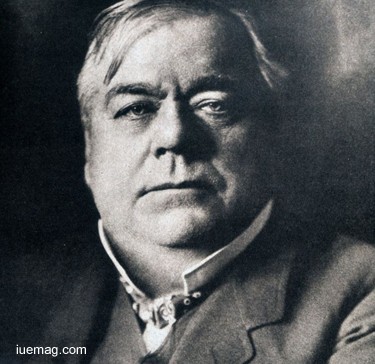 When you do your work wholeheartedly, you are sure to receive the result expected. Similarly, when you imagine your dream consciously, it tends to come true very soon and visualization has the power to do it all.

William Rockhill Nelson, American journalist, editor, and publisher who helped found The Kansas City Star, was a pioneering publisher who focused on investigative report of the local municipal corruption instead of merely printing. Though he was sent home after two years, he continued his studies and won admittance to the bar. Nelson, practicing law, participated in road-building contracts but lost much of it, and entered Democratic party politics. He shifted to Kansas City, Missouri, where the foundation for the Evening Star was laid.

Under Nelson’s leadership, the Star turned out to be famous for its crusades against municipal corruption and in favor of civic reform. Nelson elevated the Star into one of the nation’s most successful papers. Selling for two cents initially, the paper increased its circulation. It was renamed as The Kansas City Star. Nelson acquired the Kansas City Times, a morning daily, and continued to take an active role in the operations of both newspapers. The papers increasingly covered international as well as local news. Nelson remained as politically independent, supporting candidates of his personal choice; the editorial policies of his newspapers mirrored his independent nature.

4. “When you feel you’ve almost lost, ask yourself why you started. None is born without abilities and potential to achieve” 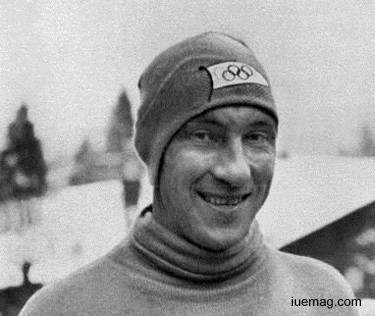 Never give up! We are quite aware of this phrase but are not aware of how to implement it in our lives. Most of us don’t lose the spirit and urge to win but do give up at times. The reason is that we lack in introspecting ourselves, widen the prospects of our strengths which regenerate our energy considering our dreams to be important.

Ivar Eugen Ballangrud was a Norwegian speed skater, a four-time Olympic champion in speed skating. As the only triple gold medalist at the 1936 Winter Olympics, Ballangrud was the most successful athlete there. Ivar Ballangrud was one of the best speed skaters in the world for a period of 15 years. Raging from the small town Lunner on Hadeland, he stood as a demonstration of strength and will power.

5. “The best way to utilize your abilities is by contributing to raise the life of another.” 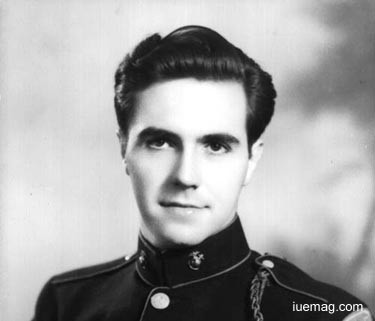 What’s the point in having all the comforts when the other side of the world is encapsulated in grief and poverty? We all need to discover and experience the true essence of life by sharing resources and dedicating if not completely, then at least a part of your life for helping the needy in cultivating a sense of contentment in them. This soldier dedicated his entire life to secure his nation.

René Arthur Gagnon was a United States Marine Corps corporal who participated in the Battle of Iwo Jima during World War II. He was renowned for being one of the six flag-raisers who helped raise the second U.S. flag atop Mount Suribachi captured in the iconic photograph Raising the Flag on Iwo Jima. Rene Arthur Gagnon, participant in the famous flag raising on Iwo Jima, was born at Manchester. He completed two years of high school before taking a job with a local textile mill. He was inducted into the Marine Corps Reserve and sent to Marine Corps Recruit Depot. With nine days short of three years' service in the Marine Corps Reserve, of which 14 months was spent overseas, Gagnon was promoted to corporal and discharged. He was entitled to wear the Presidential Unit Citation with one star, the American Campaign Medal, the Asiatic-Pacific Campaign Medal with one star, the World War II Victory Medal, and the China Service Medal. The youngest of the flag-raisers, and the one who actually carried the flag, up Mount Suribachi, he grew up without a father, working with his mother at a local shoe factory. He also worked as a bicycle messenger boy, yet not leaving a single pebble unturned he owned victory and realized the purpose behind why he was born.
Get the Latest & Recommended articles in your Inbox

This Page Has Inspired
1028
People So Far..
Any facts, figures or references stated here are made by the author & don't reflect the endorsement of iU at all times unless otherwise drafted by official staff at iU. This article was first published here on 7th March 2017.
iU eMagazine
Editorial Team of iU eMagazine